I don't know if you know anything about the "The Hill" but as far as news sources are concerned they are meant to be quite centrist. Their editorial board has a decent mix of people that are mostly left-leaning, but they actually have a couple of people on the right as well.

However, this categorization doesn't seem particularly evident if you look at their homepage where there is almost no media coverage on anything other than President Trump and of course this is done exclusively in a negative light.

This is certainly not rare, because most news organizations do the same thing and this is a big part of the reason why I don't really pay attention to the news anymore. I don't believe there is any truth there, just op-ed pieces.

I do find it humorous that here we have this really big planet, with all kinds of stuff going on in it and The Hill's home page has nothing on it other than articles about Trump. Now I understand it is an American Newspaper (I don't think it is actually in print anymore) but certainly there are some other topics to talk about?

I don't look at this or really any other MSM source, but the headline caught my eye and I figured i would give it a look.

At least this article is written in an admitted opinion format and it is written by self-admitted "opinion contributor" Bernard Goldberg, so at least they are being somewhat forthcoming.

Basically, the article tries to suggest that the whole reason why Trump started this trend of calling the MSM "fake news" was not because he believes the news is lying, but because he wants to be able to discredit all news stations whenever they say negative things about him. Trump is meant to have said this to an interviewer:

“You know why I do it? I do it to discredit you all and demean you all so when you write negative stories about me no one will believe you.”

Oooh! That's pretty damning information there Goldberg, why have you been sitting on this information for 3 years without releasing it? Well, I'll tell you why: While it certainly is fathomable that Trump would have said this, there is no record of him ever uttering it. This was a conversation that was meant to have taken place between Trump and Lesley Stahl (reporter for CBS) and of course there were no other witnesses, and it took place off camera. 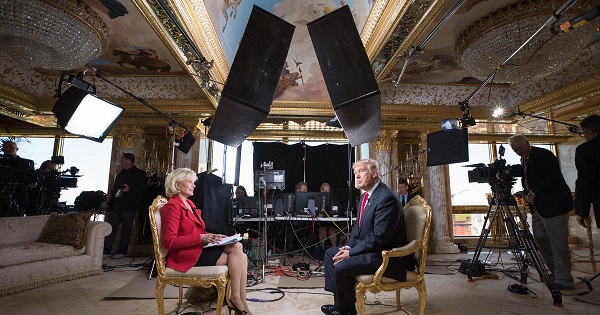 Goldberg goes on to say this

I wasn’t there, so I couldn’t say for sure if Stahl’s story was the truth. But I suspect it was because, over the years, I had conversations with both Stahl and Trump — and it sounds like something he would say.

He goes on to say that the quote was verified because Goldberg tracked down "someone who was there" and they verified that Trump said it. Of course Goldberg doesn't name the person, what their position was, or any other information about the "witness."

Let's get one thing straight: I did not vote for Trump and I wouldn't really say that I get too wrapped up in politics for the United States or really anywhere else for that matter. I lean Libertarian and have voted for them in vain since I was 20 years old. I will likely do so for the rest of my life.... in vain.

I believe that whoever is President doesn't really change anything - it's just a new face to the same inefficient company that doesn't really give a damn about you. I don't think this is exclusive to America either. 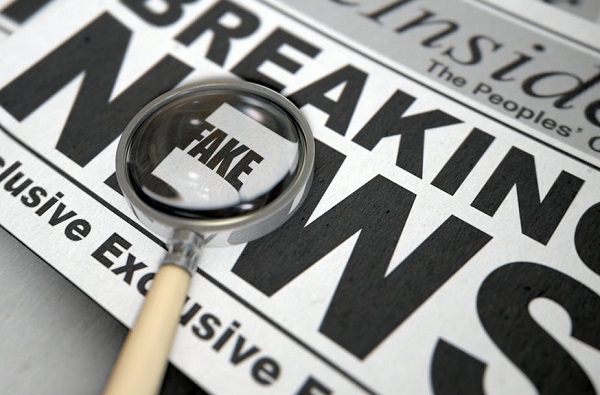 However, I think that most people will agree that the media is completely full of doo-doo in almost everything that they say. A recent poll (conducted by the media, lol) shows that only around 20% of the USA public think that the major news networks are honest.

The point of all this is that I find it incredibly funny, that someone like Bernard Goldberg, who is an award-winning journalist, would write a story defending the purveyors of fake news, suggesting that they are not fake news, by using the very tactics that qualifies them for being called fake news.

This hearsay garbage is currently the most popular story on The Hill's website and the comments section is comedy gold.

Personally, I tend to agree with former Secret Service agent Dan Bongino when he said this

Journalism is dead. It's gone. It's buried now. You're on your own now in the search for truth. Relying on "journalists" to interpret events is a fool's errand."
newsusatrumpmsmmedianeoxianpalnet

Don't worry, this wonderful little info graphic I found on Twitter the other day can help with knowing who to trust. ( I'm praying to Jesus/Budda/Hideo Kojima/whatever deity that this is a parody list.)

oh that's perfect. Certainly no bias in that at all! I'll print this and put it next to my desk for future reference.

Why stop there? You could go get it tattooed to the bottom of your scrotum so you'd be reminded every time you go to wash your nut sack or sit down on the toilet. Like an intellectual would.

ah yes. I have heard that this is what the people with truly high IQ levels do when something truly important and forever truthful is discovered. Good plan. I'll make an appointment at the local tatt shop immediately.

I stopped following news and politics ages ago. Weird stuff is happening in my country (Libya) for the past few years. Ask two people who witnessed the same thing "with their eye" and you'll get opposing answers.

I thought "Better forget about it and write about #gaming or something."

oh, you live in Libya, I wonder how many lies the world has been told about what is going on in your country? Surely gaming would be more interesting. What part are you in?

I don't even know what lies or truths from what I'm being told everyday. I don't want to speak about politics so lets just leave the topic here.

Surely gaming would be more interesting. What part are you in?

You mean which game? I just play games from my backlog currently and do First Impressions posts you can see on my page. Oh, and I write about retrogaming (this month is for Digimon PS1 games.) And lastly I play #Splinterlands, I started playing it seriously just the other week.

If I am scrolling through the news and I see anything with a pretty far fetched headline or something that is obviously trying to sensationalize something then I just skip it. Whether it leans right or left. I am just not interested in the idea of yellow journalism. It gets so bad that you can even seen the local news striving to chase the irrelevant stories these days and make them a much bigger issue than they really need to be.

It's funny how a lot of this was shown in movies like Anchorman 2 where nobody is watching their show until they start making up the news rather than reporting it.

I never saw the second one. Was it as good as the first one?

I think today's media makes us very susceptible to manipulation.

Here occurred an event that left 3 dead and about 50 wounded in Caracas (Capital of my country). Then, to my surprise, I read another article about the same thing where it said that there was only one dead and 16 wounded, perhaps not directly false news, but who should we believe? Why so many different amounts?

Worst of all, there is no reason to distort information, whether you are left or right, the number of people harmed is the same.

yeah it is funny to me how lefty and righty new organizations can be pulling their numbers from the same statistics but they will leave out certain important bits if the information doesn't support what they want the truth to be.

I think at one point it worked like this: Find the information and then decide was the truth is

Now it is: Decide what you want the "truth" to be and then find the information to make it appear as though it is so..

Hey, and I forgot to give you this, hope it helps :)