Power of the Steem Wallet 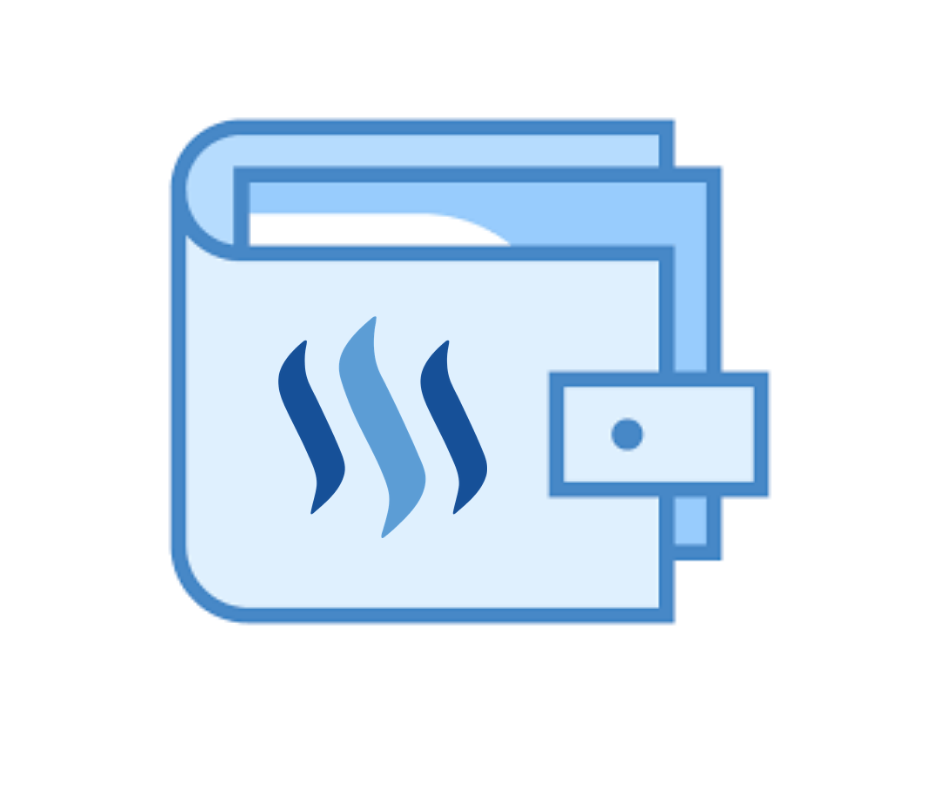 One of the things I am fascinated about Steem is its Wallet. I wrote in more details about it in one part of my series Letters to Jack Dorsey here. Because of this fascination I started the Steem Torch experiment. When I first saw bitcoin lightning torch going on, I knew it right away it could be done much better on Steem.

Today I saw a post by @rafalski how frustrated they are about the experiment. Read more here. I am sure Rafaski means well, and has reasons to express the point of view. I thought this was a good opportunity for me to explain once more the beauty of the Steem Wallet and the intentions behind Steem Torch experiment.

Decentralized blockchain technologies brought us trustless systems where people can transact with each other on peer to peer basis without relying on centralized third party services. One of the caommon technologies used by banks to transfer money across borders has been SWIFT, I think it still is. If you use SWIFT banks charge a decent fee and you have to wait a couple of days for the transactions to go through. Well, bitcoin emerged and said NO, you can do it in a different way. You can send anywhere in the world for a very small fee compared to SWIFT, and it is faster than SWIFT, it is cheaper, and you don't have to rely on banks. Of course, transferring value across borders globally with ease and peer to peer is only one of the features of the bitcoin.

Afterwards many projects followed came up with different solutions for the same problem. That's why we have so many different cryptocurrency projects. Steem is one of them. Yes, Steem is a blockchain that powers social media, dApps, and Web. But first and foremost it is a cryptocurrency with a unique solution for monetary transactions.

Steem offers a secure wallet. In fact, it offers several wallets covering different use cases. Read more about it in the post mentioned above. For now let's just focus on Steem Wallet and transferring Steem among users.

Having used Steem transfers for almost three years, I have never had a single issue with it. My funds have always been safe and secure. Nobody has control over my funds, such is the case for every user. Not Steemit Inc, not the witnesses, not the whales, not the banks, not the government. Nobody. Steem users are the ones who are in full control of their wallet. Of course with that comes responsibility to keep their keys secure.

We have had instances where malicious actors got the access to keys. I have seen two different kinds of acts. One when users posted their keys in the memo when sending their funds, another when they were victims of phishing attack. Both cases demonstrate the error in the users' end, not the blockchain. There has not been a single instance where someones account was hacked because someone was brute-force the keys and hack the blockchain.

The Steem blockchain remained secure for its entire existence when it comes to funds. Whenever any potential malicious actions were detected, blockchain halted as it was intended to do. Developers and witnesses were quick to react and restart the chain in no time when that happened.

Back to the Steem Torch. It was intended to show the power of the Steem Wallet, which it has for almost a year. It has shown how reliable the Steem blockchain is for transferring funds across the globe in few seconds with zero fees. That is powerful. Steem Torch has travelled to all continents except for Antarctica. User around the world were able to send the funds easily in a peer to peer fashion.

Of course, Steem has a social layer. Regardless of that any peer to peer transactions require human trust as well. While, the experiment itself wasn't intended to focus on that aspect of Steem, it still did demonstrate that we have a community of trusted people. Among the participants in the experiment were whales, orcas, dolphins, minnows, and even users with super low SP. Nobody has chosen to brake the chain of trust. Decency among people is a normal phenomenon. While our judgements maybe clouded with usual drama and disagreements, more often people, especially Steemian tend to be of a high character. That adds great value to our community on its own.

Of course that doesn't mean Steem is scam free. We have had our share of scammers here. Should I remind you @zeartul? There are scammers everywhere, especially on the internet. Luckily, our social layer helps detecting them as soon as possible. If you ever do business online you will always find scammers. However, they are in a tiny minority. If you stop your online business endeavors because of them you will be in loss. Because you won't get a chance to find out how vast majority of people are decent, and your small losses to scammers won't mean anything in comparison to your honest profits.

Back to the Steem wallet. Bitcoin is great store of value, but not everyday use cryptocurrency in my opinion. Why would you want to spend your bitcoin if you know it will be going up in value. Plus there are transaction fees which will limit frequency of your transactions. Ethereum? hmmm I don't know. I recently had experience with transferring ERC-20 tokens. It has not been a pleasant experience. First you need to pay gas fees for each transaction. Second, sometimes you get network errors and transactions don't go through. Yet they still charge you gas fee. Based on that I will just try to avoid using ERC-20 tokens and Ethereum.

With Steem Wallet your funds are safe as long as you have done your due diligence of keeping your keys secure. Fund transfers are so easy, fast, and there are no fees. What else do you need.

One of the obstacles for Steem to become mainstream cryptocurrency is the liquidity. Users, especially smaller stake accounts are encouraged to lock up their funds as SP for three months to be able to participate in the social layer in a meaningful manner. If Steem locked up, less of it will be used for daily transactions. This is one of the reasons I preferred shorter term lock ups. Ideally I would be for no lock up and getting rid of SP altogether. But that is not for me to decide. If we want Steem used as a currency on daily transactions we have to solve this. I think it is achievable once alternative security measures are put in place.

Earlier I mentioned one of the hacks happens due to people putting their keys in the memo field by accident. Memo field has an encryption features which can be done with starting the memo with '#'. I think encryption for memo should be done by default, and '#' should make it public. In peer to peer transaction there is not need for the rest of the world to know the content of the memo. This should be encrypted by default.

Phishing attacks should be addressed in UI level with proactive measures like running bots, scripts, and reviews to identify malicious activities. Too often it is left for the community to discover. UIs like Steemit Inc should take proactive measure to identify the malicious activities in a timely manner so that nobody falls victim of these attacks. Now that SPS allows self funding for Steem projects, solutions like this may have a large support for any UI willing to take the initiative.

Social layer of Steem makes it even easier for new users to understand the Steem Wallet. WE have many community members actively helping new users understand how things work. Most of the top witnesses and developers on Steem are easily reachable on Steem or discord. I personally have talked to many of them, and have received answers whenever I had any questions. Overall, we have a great responsive community. There is always somebody that can help explaining how things work.

In conclusion, Steem Wallet is awesome. Has great features to replace traditional means of conducting transactions globally for any use cases. We already see this happening. Hopefully, once SMTs and communities hard-fork arrive with success, our focus can shift to the wallet functions to implement even better features.

According to the Bible, How do you influence faith to Christian believers? (Part 1 of 3)

yes you are right sbd would be a better fit for regular transactions. However, I don’t think there is enough of it. Also, as long as there is SP, users will likely choose to convert sbds to Steem and power up. This would especially apply when steem price is lower than sbd.

Read this post with interest my friend. I certainly agree with this ...

”Having used Steem transfers for almost three years, I have never had a single issue with it. My funds have always been safe and secure. Nobody has control over my funds, such is the case for every user. Not Steemit Inc, not the witnesses, not the whales, not the banks, not the government. Nobody. Steem users are the ones who are in full control of their wallet. Of course with that comes responsibility to keep their keys secure.”

... as I have been actively involved in investing in a number of other crypto assets, for over 2-½ years, and this aspect of STEEM stands out. An aspect which is nicely reinforced by your experiment ...

That said, the link to the "problem child" in your experiment was uhhh ... "entertaining" reading - the post itself and as many of the comments as I could stomach. Good grief. A classic example of what I sometimes refer to as the "human condition" ...

You are one of the people who keeps me coming back "in here," when I have more than once been tempted to "call it" and say "enough is enough" ...

So ... Thanks for all you do @geekgirl, in your "corner" of it, to help with consistently adding value to our Steem blockchain. Rather than detract from it ...

Thank you @roleerob for your kind words and everything you do.

Steem has a great wallet. Good write-up on it.

Indeed, this is very true.
One of great things about Steem is its Wallet. I have been here not for a long time, and every day i learn new things about Steem. Steem wallet is one of them. Thnx for sharing and great explanation by the way. Kudos 😀

I've been writing on this for nearly half a year and I have no idea how to get my money into my bank account or anywhere else.