A look at the Market 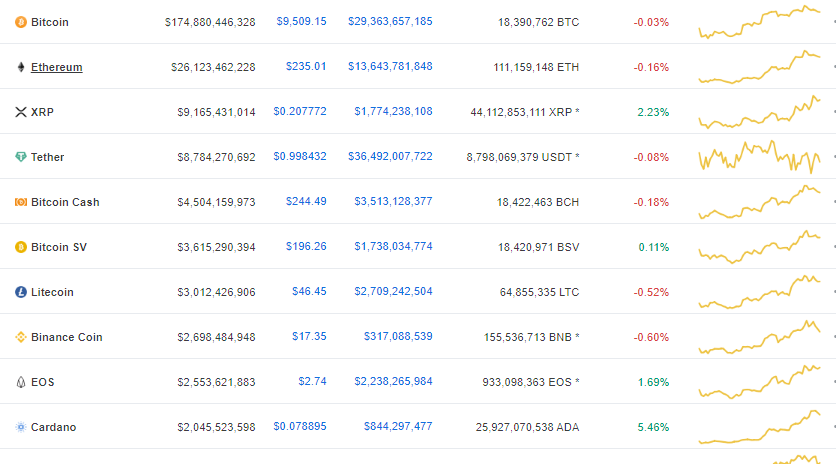 Well, crypto isn't doing that bad, not that I have seen the skyrocketing price of Bitcoin after the halving, because that move has just not happened, I still hope it will happen, because BTC always manages to carry all other alts with it. I always also look at 1UP which also had a halving but the price is also stagnant, it seems the halvings are not at the moment having any effect on price, could be the pandemic.

I am also looking at Steem and Hive, just a few weeks ago Hive was three times more expensive than Steem, today it is only $0.036 higher, about 15%. This of course makes me think a lot, you know with the new four week powering down change the people who still have Steem but are on their way to Hive will have moved a big part of their Steem holdings and probably sold it or dumped it as they said.

This I would have thought would have a downward effect on Steem and and upward one on Hive, you know Hive being bought and Steem sold, but the effect has been the reverse, Hive is down and Steem is up, just a little but still up. I wonder how this works, I have always thought that if you sell a coin someone has to be buying it, so why would that have any effect on the price?

The truth is the way things are going I think Steem will overtake Hive, lucky I am now playing Hiveslotgames with what I am powering down there, I don't want to lose my Steem just now, when it could sky rocket.