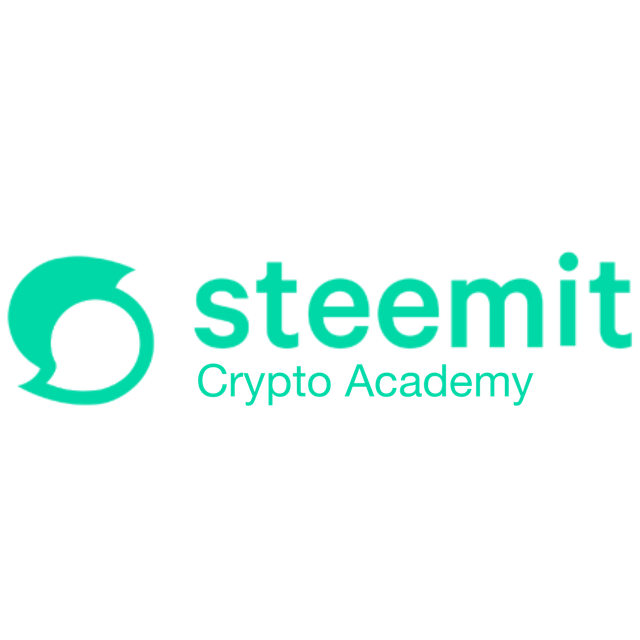 You must have you heard of the word Blockchain, Bitcoin or Cryptocurrency? Maybe a friend of yours told you that a coin just pumped and the percentage of pump was so eyewatering that you want to jump into the industry and want to be a part of the world, then just seat back and read through this post till the end to understand the basics about Blockchain and cryptocurrency.

Like the name implies, Block and Chain, it is a chain of organized blocks containing data/information. Blockchain is the underlying technology behind cryptocurrency and the name was coined in 1991 by a group of researchers which includes Stuart Haber and W. Scott Stornetta when they introduced a computational method of recording time-stamped records to prevent tampering and backdating. 1.

The blockchain technology already existed years before cryptocurrency came into existence but it became a major thing in 2009 when Satoshi Nakamoto created Bitcoin, a cryptocurrency on the technology. 2.

The blockchain is an open source distributed ledger (available to everyone) which can't be changed. A block in a blockchain consist of a hash, data and the hash of the previous block with an exception of the genesis block which doesn't have a previous hash).

The Data is the information stored in the blockchain, this information includes, the sender's address, the detail/amount sent and the recipient.

hash of the previous and current block

Satoshi Nakamoto is regarded as incognito, he/she is regarded as he founder of Bitcoin and released the Bitcoin whitepaper. The whitepaper of Bitcoin was published in 2008 3. Creating Bitcoin on the Blockchain technology was what the world wanted at the time of launching. The 2008 was the period when there was a financial crises and people lost trust in the centralized system of the bank.

There have been a lot of mystery about the person behind the Satoshi name, some people believes it is the name of a person, while some people say it is a name of a group of cypherpunks 4. A few individuals have been regarded as Satoshi Nakamoto although, all of them have openly denied it making the foundation of Satoshi Nakamoto more mysterious. These people are Hal Finney, and Nick Szabo, Dorian Nakamoto.

It is believed that there are about 1 Million BTC in the wallet of the famous satoshi nakamoto 5. At the current price of BTC, Satoshi would be worth $38.842B (as at the time of writing).

Cryptocurrency is coined from the words crypto and currency, is a currency that run on cryptographic technology. Cryptocurrencies are digital assets that are built on a blockchain and are transferred from peer to peer. Cryptocurrency is decentralized (controlled by no central body) currencies which serves as a means of exchange and/or a store of value.

The first known cryptocurrency is the Bitcoin founded by Satoshi Nakamoto in 2008 but after that, there have been several other cryptocurrencies such as Ethereum, Tron, XRP, STEEM, Doge and so on.

In other to build trust and agreement between nodes, as well as improve the security of blockchain data, a consensus algorithm is required. Since it is a distributed ledger with no single or centralized authority then, having a consensus algorithm ensures safety, agreement, on entries added to the blockchain. With a decentralized consensus, all nodes have a full copy of the blockchain and when a block is created, the block is copied to all the nodes to verify the block is not tempered with and this is what is regarded as consensus. When a block has been tempered with, other nodes reject the block thereby making it immutable to tempering.

This is the earliest consensus mechanism on the blockchain dating back to 1993 when the blockchain was first used but most people give reference to 2008 when Bitcoin was first mined by Satoshi Nakamoto because he was the person who brought it to mainstreem.

With Proof of work, a node solves a computation problem and publishes a block which is then validated by other nodes. The nodes are referred to as miners solves the complex arithmetic problems on the blockchain in other to add a new block to the blockchain. The arithmetic problem requires a lot of computational power to solve and when a node completely solves a problem, the miner is rewarded with coins referred to as miner's fee.

Mining new coins with the proof of work algorithm requires a lot of time and electricity as a result of the computing power needed to solve an arithmetic problem. In 2012, another consensus mechanism was introduced to reduce the problem of energy consumption in which Proof of Work miners go through as well as solving the problem of buying larger and larger mining machines to increase chances of mining a block. 7.

With Proof of stake, there are no miners rather there are validators and instead of mining, the validators mint/forge new blocks. Anyone can be a validator, all that is required is to stake the currency and the higher the stake, the higher the chances of minting the next block and forgers are rewarded with transaction fees. Coins such as Dash, NEO, TEZOS, REDDCOIN, PIVX and so on.8

comparison between proof of work and proof of stake

In 2014, three years after the Proof of Stake consensus algorithm was introduced, Daniel Larimer introduced the Delegated Proof of Stake. This consensus requires the voting by coin holders to determine delegates who are responsible for the validation of new blocks on the blockchain. 9.

A fixed amount of delegates are voted and required to validate transactions and add block to the blockchain. The vote is depended on the number of coins held by the voter. The block is being validated on DPOS in seconds compared to POW and POS. Each delegators take turn to validate transactions and if they fail in their activities, they could be removed and another delegate voted for. DPOS is not energy consuming like POW and it is efficient and faster than POS. Blockchain Project which uses Delegated proof of Work includes but not limited to Bitshares, TRON, STEEM, EOS, ARK, LISK, and so on.10.

Introduced by Iain Stewart, it is a consensus mechanism aimed at solving the POW energy consumption problem. With Proof of Burn, Miners Burn coins after which they are allowed to mine blocks proportional to the coin burnt. Its mechanism is similar to that of Proof of Work but it doesn't require high energy consumption, labor work, and computational power rather it requires investing a lot of tokens to be burnt, for some it is Bitcoin while for others, it is their native coin. A good cryptocurrency that utilizes the Proof of Burn Mechanism is Slimcoin (SLM)11

It is an upgraded version of Proof of Stake which allows nodes with token the right to validate new blocks but the upgrade is; nodes with stakes can lease their stakes to other nodes to increase the number of stakes available while increasing the chances of validating a new block. When the node with the leased coin validates a block, it returns a percentage of its reward to the other validators. 13.

Networks like Waves and NXT uses the Leased Proof of Stake mechanism thereby giving everyone an opportunity to validate a new block.

This consensus mechanism was introduced by Ethereum Co-Founder and former CTO Gavin Wood. The Blockchain consensus gives a few designated block validators the power to validate transactions, interact with the network and to update its distributed registry. This nodes do not stake tokens but rather they stake their reputation. The nodes are voted in because they are believed to be trusted entities. This consensus mechanism do requires little to no computing power and so it requires little to no electricity.

Make a post to why Satoshi Nakamoto and the Blockchain has changed finance.

( If you no longer want to receive notifications and upvotes from us, reply to this comment with the word STOP )

Please i am very sorry but I said so due to language barrier as well as it would require a translation bot to read through. I will change it so people can write in their own language.

Thanks for the time.

This is really impressive. I never knew of mechanisms such as proof of burn. I am starting to love the crypto academy.

It is good to see you be a part of my class.. i hope to see you in my other classes 📖 ₿

Blockchain technology is a great innovation one should get acquainted with. It has come to stay as its adoption continues to increase.

Thanks gor being a part of the class. I am glad to have you here.

Thank you for your lectures. This is my task post.
https://goldvoice.club/steem/@yuceetoria/homework-why-satoshi-nakamoto-and-the-blockchain-has-changed-finance-by-yuceetoria-100-power-up

It is good to see you in my first class, i hope you enjoyed it... thanks for participating in the task

This is my homework task.

Hello teacher @gbenga I have done task number 1, greetings and good wishes to you.

Thanks a lot for the good wishes... i hope to see more of you.

Hello @gbenga
I will go through it this weekend and share my homework. Thanks for sharing this nice info.

Thanks for participating. Hope to see you in my subsequent class... ₿

I will. Thanks too

Good evening! Here is my entry to the weekly homework

Hello @pablo1601 i hope you enjoyed tge class... thanks for participating in the task.

Here is My Homework

Greetings professor gbenga, here I leave my assignment N| 1, thanks for the opportunity.

Task #1: Homework for the teacher: @gbenga

Hello! I have learned a lot with your lesson

This is my task!

Hello team here I leave the task, I would like you to evaluate it, I arrived a little late, it is not so easy for me these topics. I will be more attentive:

psic.emirgabriel
Hello @gbenga, I liked your contribution, it has been very useful to study, here I leave from my task I. 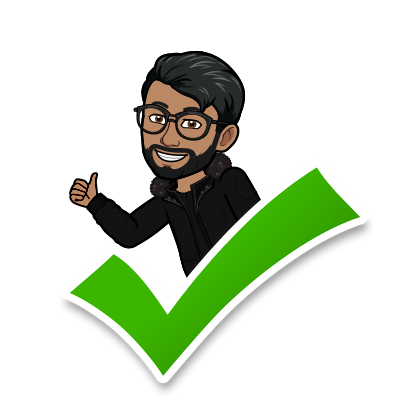 This is my publication of the task of week 1 apologizing for the delay is that I found out late about this great project
https://goldvoice.club/steem/@bealau19/homework-week-1-why-satoshi-nakamoto-and-the-blockchain-has-changed-finance-gbenga

Hello, can people still go through the course?