How Technology will be Accepted in 5 years from now (2025) 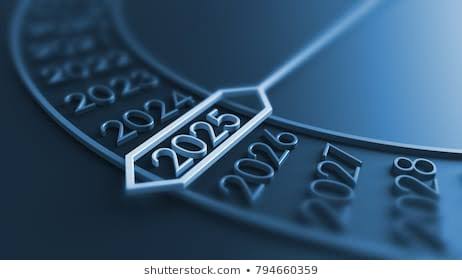 Do you remember ten years ago and how technology was? I remembered using the typewriter and a Pentium 1 desktop computer, i remembered how telephones were struggling with GPRS and we loved it because that was its peak, 10 years ago, books were the best for writing and paper works were the best methods to have records penned down. The world was not that analog but technology was just starting. 10 years from then and we are enjoying impressive technological advancement from 5G enabled telephone, to quantum computation, home assistant artificial intelligence like the Alexa as well as mobile assistant AI like Siri, Bixby and Google assistant, virtual reality, automation for almost everything manual from robots in factories to self-driving cars, bikes, and even ships. It is no doubt that the 21st century is going to be the age of rapid technological advancement and spontaneous innovation. The amazing thing about this is that we are advancing in a mind blowing way. With the pace at which technology is going, what technology will be available and be acceptable worldwide in 2025?

It might look really close, like 5 years is something that anyone could envision but I am telling you that there I more to what you can envision.

The world of robotics will become something we have to welcome either we like it or not, either they are taking our jobs or not. Yes I just said either you like it or not because you being a citizen do not really have a say, the max you can do is protest but the government and the business owners will determine what happens and how robotics works. It is no doubt that companies are already using robotic to take over blue collar repetitive jobs but soon, robots will take over white collar jobs. With the use of AI, using past knowledge and current circumstances and knowledge to determine future solutions won’t be a big deal since that is what AI do, after which robots would be used to perform the actions and commands from the artificial intelligence, so the robots will be the body and the AI will be the brain.

Sensors and the Internet of Things

Currently, censors are in electrical gadgets such as phones, laptops, tablets, refrigerators, oven, microwaves, and televisions and so on but in the next five years, we will be having sensors in non-electrical objects like shoes, umbrellas, clothing, and even on walls of houses. The Internet of things would have become the thing of the day and at that point our issues will not accessibility to information and data but safety of data and privacy.

Pods and Loops for transportation

Automated electric vehicles still remain and they will gain more popularity in the next five years but at the same time Pods and loops will be considered for travelling longer distances instead of a car and plane. With the loop, travelling from one country to another could happen in less than 30 minutes. The next 5 years will be a turnaround in the world of automation, pod and loop.

The world would gradually leave fossil fuel for industries and factories, most homes in 2025 would be running on renewable energy as it is less expensive and reduces emission of gasses that pollute the environment.

The world will move to using solar, wind, hydro and other source of renewable energy and also mode of storing this energy would have been made easier and better.

5 years from now can be very close but technology is on the rise with speed. What do you think will be a regular technological innovation that we will be using in the next 5 years.

@gbenga we will see a huge change in the technology adaption , we are making huge success in every field of technology.

Sure, technology will take a speed in the next few years and it will be a swift one.

Technology and artificial intelligence will take over every sector.

From the entertainment industry to business and even politics. AI will change the world

We will soon begin to live in a fully automated world but not every part of the world will be able to feel the positive impact of technology at the same time since some countries are still far behind.

There are two parts to technology, the good and the bad. In most cases the good often overshadows the bad so we hope for the same here as well.

AI is the mainstream tech in the future. Many adoption using AI will be use to make work more effective. I think blockchain will be part of the AI development.

We will really be more advanced, I even I think we will have a new one available Internet version with new types of web pages that interact with users in amazing ways I think what we are one step away from that.Interesting post.