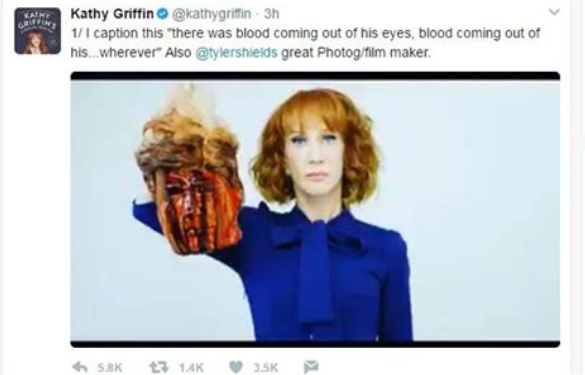 Will American President Donald Trump be assassinated before the presidential election of 2020?

An intriguing question, the answer to which may be hidden in some astronomical cycles encoded in the Bible. I'm still refining the finer details but preliminary calculations point to May or July of 2020.

Sir Isaac Newton did a lot of work on apocalyptic prophecy and it is his work that gives some possible starting dates for these astronomical cycles, from the Book of Daniel. It is his last date, that of AD 800, that renders the date of 2060 that became quite famous a couple of years back.

His earlier date of AD 756 renders the date 2016 when the 1260 cycle of Daniel is added. The year we got Donald J. Trump as President. A shorter version of the Daniel cycle is three and a half years. There is precedent for adding that to the larger cycle in other occurrences. If an assassination is indeed on the cards then May or July result depending on calculation from his election or inauguration.

What if we reach july, and no assassination, is that a proof that the bible is wrong? Or are you wrong? does this prophecy really make us any wiser?

It's not a prophecy but an interpretation based on type repetition and fulfilment. i.e. history repeating itself... with established astronomical cycles providing the timing elements. If there is an assassination then it will prove the interpretive methodology is correct. There are a lot more events in this sequence that will unfold if this event occurs.

If nothing happens then the interpretation is wrong and requires revision.

If you say history repeats itself, when was Trump last assassinated? I really do not understand this.

I guess our different views on the world are incompatible. I would prefer to have forecast model which could be proven/disproven with a statistically significant number of tests/historically events. It should also be firmly based on physical reality. For instance if you drop an object it will fall to the ground.

Truth is that reality is a caotic place where all sort f things happens all the time. You will always be able to retrofit a cyclic model to the historical events. If the events does not fit your model, you can always correct the cycle or add rules that evey third or fourth cycle should be skipped. How do you know you wont have to add a new rule next time, or perhaps something happens in between the cycles?

Examples of what I mean fits a cyclic model; the seasons ,winter, spring, summer and autoumn; the moons way around the earth; elections in democratic contries.

Events in the world are simply to caotic to be predicted in a simple cyclic model. It is probably impossible to make a forecast model which could predict historical events, but that is my view.

I have heard people foreseing the killing of Trump since day one. None have been right so far. Regarding the impeachment I feel that the last events today indeed prove that Trump is loosing it. It seems there is no plan behind the killing of the Iranian general. Suddenly John Bolton wish to speak to the senate, the US firstly says they will withdraw all trops from iraq, and only one hour after they will not. Its truly become a mess!!! The really sad thing is that its a big gamble with the lifes of both US soldiers and lifes all over the middle east. Nancy Pelosy is correct that impeaching the president is a tragedy! This goes both for the world, but foremost for the USA.

If you say history repeats itself, when was Trump last assassinated? I really do not understand this.

This has to do with the biblical concepts of "types" and "shadows". For example: The ancient law of animal sacrifice was given as a "type" to prefigure the sacrifice the Son of God would make. The sacrament of the Lord's supper is now eaten as the "shadow" of that event.

It's a biblical concept which requires an acceptance that the bible is of relevance first. Only then does this concept have any meaning. It is anathema to a purely scientific, natural or materialistic approach.

Trump continues to poke the Iranian bear and, from a biblical perspective, the bear of the book of Daniel is the Persian empire; which is modern day Iran. Ancient Persia took over the babylonian empire by removing it's king. America, as the most powerful and uncontested nation in the world today, very easily matches, in many ways, the Babylonian empire. Babylon is its type and past events there prefigure events that will befall modern babylon.

This is very high level but gives the basic gist. There are a lot more finer details that would require a book to explain.

Many people will claim that the bible have relevance without this way of reading it. Some people use the wisdom of life from the bible for guidance and for comfort.

If I understand you correctly, after the assassination Trump the theory is that Iran will somehow take over USA? My theory is that the Vice president will take over, and that he also would have a very good chance to win the upcoming election. Unless, of course, Mike Pence turns out to be Khomeini in disguise :-)
This will be my final comment in this post.

The bible can be used for both, but understandably most use it the way you mention. Most people are not highly analytical.

Let me be more clear on the transition. Daniel has a lot to do with the sequence of empires. Their rise and fall.
Babylon, the greatest city of its time, fell not to conquest but from a simple removal of its co-regent "king".
This methodology is based on a combination of two sequences of ancient events. Similar to the Persian overthrow but not exactly the same. Only if there is an assassination, most likely in this term will the method be valid and then America, as we have know it, for over 200 years will be radically altered, the constitutional republic will collapse.

Indeed Trump acts provocative, and there may be people both willing and capable of assassinating him. But, still it is not likely that this will happend, simply because he has a large organisation around him working for his security. Also I find it hard to belive the idea that USA depends on this one person. Especially when we know that the president have been assassinated two times before without the USA disintegrating. The killing of Lincoln happened just after a civil war, with a USA on the brink of collapse just years before.

Patterns of historical events can repeat itself, if the same mechanisms are in play, of course. I guess our different views can be summed up in that I believe the future is caotic, with few accurate ways to predict whats going to happen, and you believe there is a pre-destined future, which already is written down in the bible (correct me if I am wrong). I hope this discussion has been interesting for you too! It seems this is as far as we can get on this subject :-)

Thanks for your time and kind answears!

Here is an interesting read published 2 Jan this year that I bumped into yesterday. I has a more statistical approach. Their assessment of societal cycles is also indicating that this decade does not have a great outlook, especially if there is a “trigger event”.
https://theconversation.com/history-repeats-itself-thats-bad-news-for-the-2020s-127116