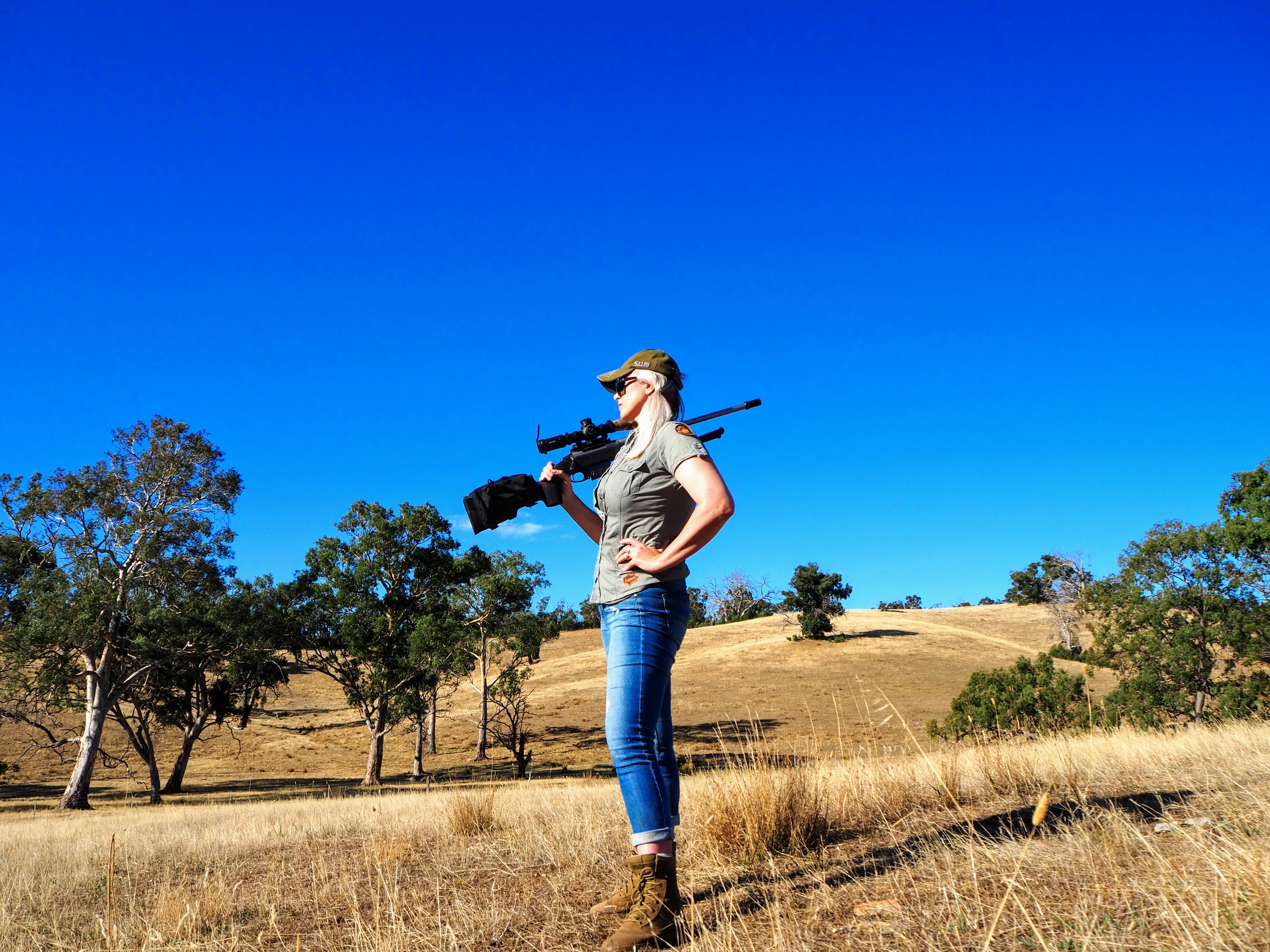 It's been a while since I heard a statement this stupid however a few weeks ago whilst at the range I heard a guy say this whist chatting in a group. I don't know the guys well, or really at all to be honest, and with comments like this I guess I won't bother to get to know them.

It's not an uncommon statement though I guess; _ isn't for girls I mean, and not one that is reserved just for the activity of shooting. I'm sure it's been said about many other activities and whilst there certainly are things that aren't for girls it's a pretty dumb thing to say generally.

Anyway, shooting is for girls of course because it is an activity anyone can get involved with; I've coached quite a few girls over the years with mixed results although I find them to be easier to teach than most men...New women-shooters are more patient and open to listening than most new male-shooters who just seem to want to pull triggers and hear some noise. Women tend to be interested in the process, to want to get it right, which is also how I found my wife to be when I was teaching her.

I have a lot of guns and for safety reasons I like my wife to know how to use each one. I don't mean just how to point it and pull the trigger; I mean the whole process around the safe use of a firearm. She can pick up a gun from one of my safes, locate the correct ammunition, load it, shoot it, unload and make it safe, pack it away and put it back in the safe. Of course, she has no access to my safes as that would go against local firearms law, but figuratively speaking she could do so.

Over the years, and as I've acquired new firearms, I have instructed her on their use and taken her to the range, and other places I shoot like where these images were taken, and made sure she was proficient. She doesn't shoot anywhere near as much as I do of course and so rather than shooting and gun handling being an unconscious process, like it is with me ,she has to think it through a little more. I'm ok with that though as it means she is actively processing each move she makes including safety, which makes her safer.

She understands trigger discipline, the importance of clearing a firearm prior to handing it to, and after taking it from, someone else, where to point the muzzle and the loading and firing process of course. I'm comfortable that she will do the right thing from a safety perspective without the need to constantly tell her. Thinking safety at all times is a fae way to proceed when firearms are concerned.

I'm pretty pleased to say that she's a great shot too. She's far better on the long guns than she is on handguns however she she shoots accurately with good technique, understands what the firearm will do as she shoots, reloads smoothly and in general shoots with a lot of confidence.

Her longest shot is on a chest-sized steel target at 1000m which she hit repeatedly and consistently. Long range shooting is my best skill as far as shooting goes and we'd been working on her skills that day, building them from a consistent 700m shooter to 1000m. I was pretty pleased with the results that day.

Faith doesn't shoot my handguns much which is something I plan to rectify although she certainly knows how to. We've been working on some holster skills, drawing and acquiring targets in the back yard lately (empty of course) and she is going well there also. Shooting from a holster is different than being handed a gun whilst simply standing there...Ranges require people to go through holster accreditation courses prior to one being allowed to shoot out of one.

My wife doesn't love guns...She doesn't hate them, although if she never fired another gun in her life it wouldn't bother her. She hates that I kill stuff too. She will probably take up the sport in the future, when her schedule permits her time off when ranges and competitions are running. She's the sort of person that would turn up, get laughed at by idiots like those fools I mentioned above, then proceed to kick their asses on the course of fire like so many women do these days. It's funny to watch.

The phrase shooting isn't for girls is a stupid thing to say and is an attitude that probably holds women back from having a try at the sport. It's interesting to note that the SSAA (Sporting Shooters Association of Australia have recored a 10 percent increase in female memberships in the last year though which is excellent news...Gun ranges around the country could benefit from less testosterone and more women around the place for sure!

We don’t have that problem around Texas ;)

Some of the best handgun shooters I know are women.