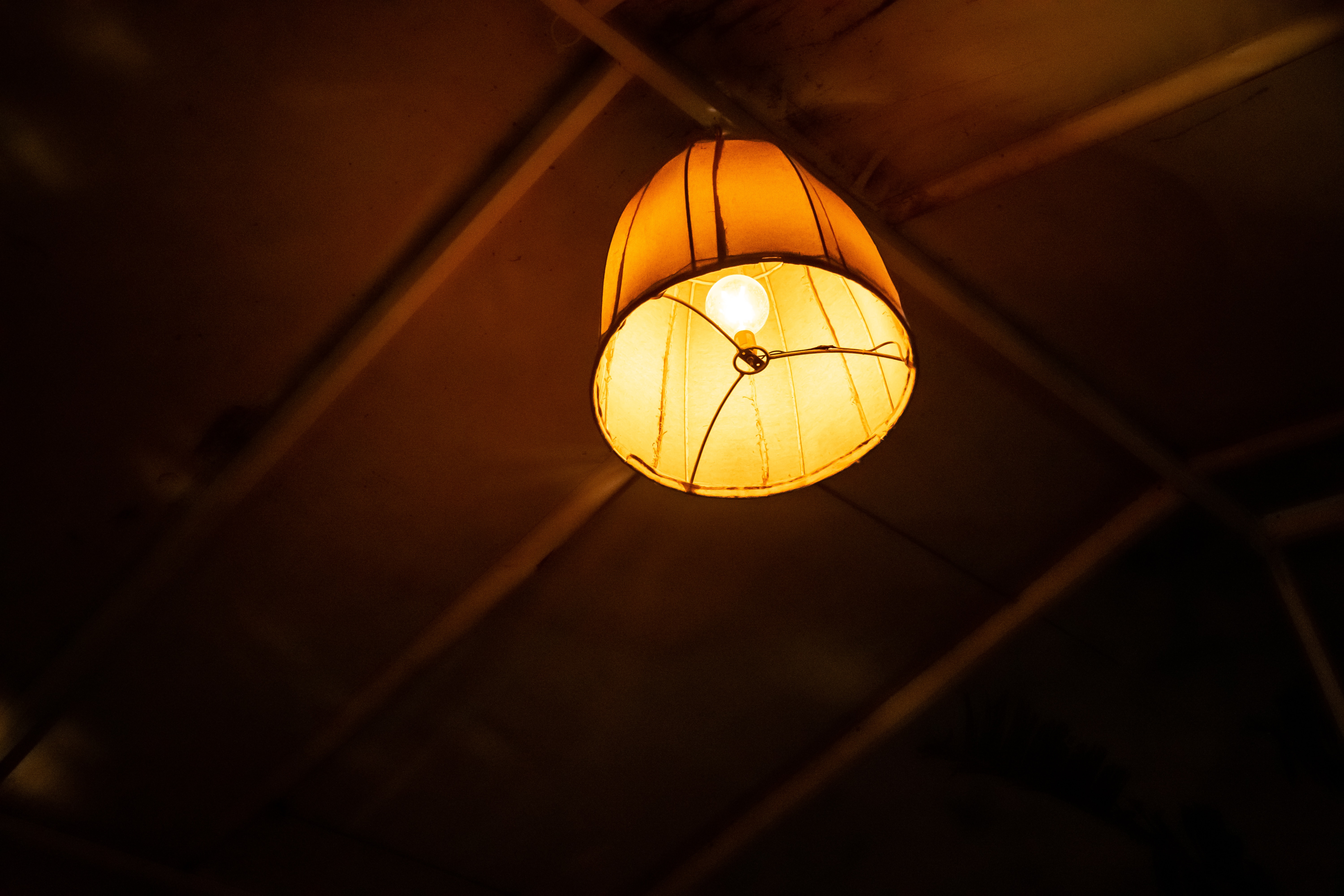 The darkness flowed into the basement stairwell as Jon opened the door. He paused, listening. Shit! They’re already asleep, he thought. His parents had gone to bed promptly at eleven thirty when the evening news was over. Usually he did his best to get into his room before they went to bed so he could avoid the situation he now found himself in. I knew I shouldn’t have tried to finish that bonus level! It was so easy to lose track of time in the basement hangout.

A tiny night light at the end of the kitchen counter illuminated a small spot on the floor beneath it, but otherwise the room was dark and still. In his mind he ran through the short path that would take him down the hallway, up the stairs and into his bedroom. All he had to do was turn the basement light off in the stairwell and walk through the darkness to get there. Keeping his hand firmly on the doorknob and taking a deep breath he flipped the switch. The stairwell light went out leaving him with after image shapes moving in front of his eyes. Deliberately he closed the door slowly so he wouldn’t wake anyone, and tried not to panic. Nothing to be afraid of, he thought, it’s just my house at night. The hinges creaked and the latch snapped shut with a jarring bang in the otherwise noiseless space.

Stay calm, there’s nothing to be afraid of. Stepping carefully, he made his way down the hallway. As he got closer he could see the faint yellow glow of the upstairs hallway light through the doorway to the next room where the stairs were. He paused, took a breath and continued. At the bottom of the stairs he looked up and saw the light. He hated that light. The dim yellow reflected off the walls, making the stairs and hallway appear dingy, rundown, dangerous.

With his first step on the stairs he felt the darkness close in behind him, lurking, waiting to see what he did next. Another step and he felt the pull of it, coaxing him to step back and let it take him. Stop being stupid. It’s just dark, there’s nothing there, he thought. He went up the next three steps quickly while trying to keep the panic at bay.

Tink, tink, thud. He stopped and turned around. Tink, tink. Waiting, he heard nothing else and rationalised the sounds as the house settling. But he looked at the bottom of the stairs, where the dark now consumed whatever light managed to escape down the stairwell. Nothing moved inside it, but he felt the pressure of it, reaching for him through gloomy light. Instinctively he knew it wasn’t bright enough to hold it back, that if he waited where he was, halfway up the stairs, the darkness would eventually reach him. He didn’t know what would happen if it did, but some part of him wanted to find out. The sane part screamed at him to run.

Police tape flapped in the breeze as Detective Sergeant Wilkes scratched his ear. He stood on the front steps of a normal looking house. It was his first day on the job. You can do this, he thought as he stepped into the dark space. He had seen the initial photographs on his desk that morning, but they hadn’t prepared him for what he saw.

A young boy, early teens, lay at the bottom of the stairs. Blood splattered across beige walls. His bare foot rested on the last step. His wavy brown hair spread around his head. His face splattered with crimson freckles. He looks like my little brother.

The stairs creaked as Wilkes climbed them. Was he running away? A bloody hand print streaked down the wall. Was he too slow? A lamp lay on its side at the top of the stairs, its bulb still glowing beneath the shade.

On the first floor, Wilkes found the boys parents. They lay in their bed with their eyes closed. They could almost be sleeping if it wasn’t for the blood stained sheets. Never knew what hit them. The forensics team worked silently around him. He looked over the dressing table, the woman's jewellery box lay open yet it appeared nothing had been taken.

A kerfuffle in the next room drew his attention. A bunk bed came into view, reminding him that there were two younger siblings. He grabbed at his stomach as it tore at him. The children lay in their beds, identical to their parents. Six and nine years old.

A colleague argued with someone from the forensics team. Wilkes couldn’t hear them as he looked at the six year old still tucked up in her bed. Did she cry out for help? The pink patterned sheets were stained. Six years old. A half-drunk cup of milk sat on the side table.

Wilkes headed back downstairs, desperate for some fresh air. The boy lay untouched at the bottom. His ghostly white skin standing out against the pool of blood around him. He looks so much like Danny. He stepped over the body, feeling like he had stepped over a grave, and ran outside.

A cool breeze wafted across the front of the house, Wilkes stood on the front steps gasping. I will call Danny tonight, he thought, as soon as I get home.

This is my entry to the @bananafish Finish The Story Contest #63. Find out about it here.

followforupvotes
As a follower of @followforupvotes this post has been randomly selected and upvoted! Enjoy your upvote and have a great day!
21.08.2019 11:47
0
#

Ouch, that tore my heart! So many emotions! :)

I'm kinda speechless, but I have to write or you won't know that! You went a totally different direction than everyone else by picking up after whatever happened happened. I admire your vision and your ability to write with such emotional depth. I couldn't have done this I don't think - anything with kids just makes me ball my eyes out and the words don't come.

I feel I need you to write the rest of the story, tell me what happened and that whoever or whatever gets justice!

Thats what I love about FTS , that we can use what we are given and turn it into anything we want to. Sometimes you think you are writing the most obvious ending and read the other entries and realise thats not the case.

My feelings are mixed, I think you really deserve more recognition as an author, you write very well, you know how to choose which word to fit perfectly to the sentence. Congratulations, I hope to read more of your stories...

Thank you so much :) I hope you read more too - I will have to start writing more.

Reading this ending really makes you feel bad, which is good since it's the goal. You are very good at conveying feelings through words, good work.

I was saddened by this story. I really liked how you used internal voice.

It is quite a sad ending, it was the idea that stuck in my head and I couldnt shake out.
Thank you, I was trying to copy the style of the first half. :)

What a tragedy! I hope it actually wasn't his brother Danny :)

I've read another stories for this contest and yours is very different. It's dramatic and traumatic. It's something what I would expect to come out of this but others took different direction. I like that you were brave and came with such strong emotion and this tragedy.

Thank you for sharing! Have a nice day!

No it wasn't his brother, however the shock of seeing someone so similar made him feel guilty for not keeping in touch with Danny.
That is the great thing about #FinishTheStory, everyone gets inspired by the intro and manages to come up with something different.
Thank you for the complement :)