Chronicles of An Octopus - Tell A Story To Me 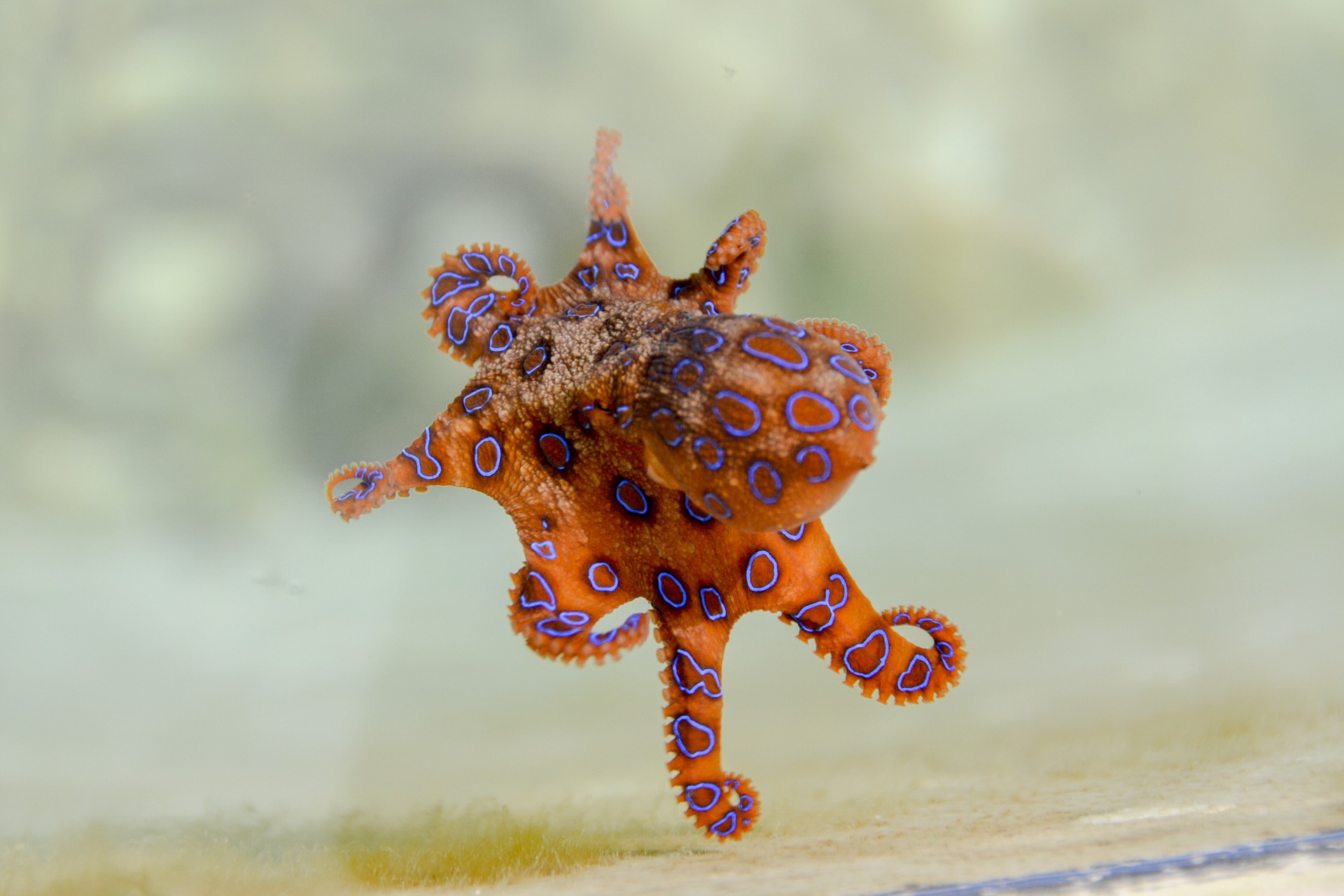 Susan hated the land. She had to admit there wasn’t much of it, but it still made her queasy when the sand and dirt stuck to her tentacles. The mucus attracted every tiny particle. She moved gracefully across the small patch of beach, determined to keep a straight face.

“Hello.” The man, Jim, made his usual greeting and held up his hand, waving it around. It was one of the many peculiarities of the bipeds.

Susan had spent a few years learning to speak vocally and grasp their complicated language. She bowed her head and tapped her shoulder in response, a common greeting in her homeland. Usually all her communication are through gestures and dactylology. There were many differences between the species: even her name was only a substitute, something the bipeds used to identify everyone.

The midday sun was already drying out her delicate skin, she quickly sought cover under the green canopy. Trees were something she could spend hours pondering over. They survived on the land without constant water and they moved in the ripples of the air. Similar to the way reefs moved with the current.

“How was your journey?” Jim asked, pulling her away from her thoughts. It was what he said every time she made it to the surface. The repetition was strange to her, but she had learnt to respond in kind.

He gave a breathy laugh, something Susan couldn’t do. “Quiet as always.”

The walk to the centre of the island was short. Susan had to remind herself to watch where she placed each tentacle as she traversed the dense underbrush. On more than one occasion she had been snagged by the sharp edges, not used to gravity having so much control over her movements.

A beautiful hand-made stone building, the only one left in the world, came into view. She always marvelled at the simplicity of the bipeds creations, in her home they had dwellings larger and more complex than the one before her. An archway stood 20 feet from the entrance to the building, carved from the same bronze coloured stone. Behind it was a table made of a dark black stone. Council members already convened around it.

Charlotte lay on a stretcher, her tail flickering absently. Hugh shuffled around one side of the dias, his claws clacking against the rock. A biped named Tom stood closest to the table, flicking through a stack of papers. There were many others, but none that Susan knew by name. Tom saw her approach and straightened up.

“Well, we all know why we’re here.” He said addressing everyone.

Hugh stopped skittering long enough to let out a pitched wail, that sounded like a curse in Susans rough translation.

There had been an epidemic recently. A new species not known to anyone had taken over the seas, pillaging villoes, carks and other communities. They had even attacked some underwater habitations.

Susan observed her companions as they began speaking at once, many in their own dialects. The attacks hadn’t affected the Octopus-People directly, however they had lost a few trading colonies. Others had not been so lucky. A woman stepped forward, careful not to take anyone down with her beautiful pink shell. She spoke quickly but Susan understood her They killed everyone! I am the only one left of my kind!

It was hard to listen as everyone described what they had lost and who had been massacred. Even the mermaid Charlotte had sad news. These creatures had all become friends over the years. As part of a new progressive regime, all the species had been invited to join together creating an alliance. It was initially a way to create trade and share resources. Now it stood for much more. Susan had only been young in those first years. She had been a disposable asset, reducing the risk to her colony. Now she was the most valued member of her community.

“The Octopus-People will fight with you.”

It was the message she had been sent to give. She had never seen a war before, but the stirring in the trees and the shouts from the other councillors made one seem certain.

Just a short entry this round. I was inspired by a necklace, of an octopus, that I bought while on holiday. It was a bit of a harsh reality getting back into work this week.

This is my entry to @Calluna’s #TellAStoryToMe Contest run on the @bananafish account.

Find out about the contest here.

Beautiful fantasy... reading your story was refreshing for my mind.
I think it could be the first part of a fairy tale for children or young adults :)

This left me wanting more! I want to visit the complex octopus buildings. Loved the contrast of getting her point of view of us land-dwelling bipeds.

The thought and detail you have put into how the world would look through the eyes of an octopus is amazing, i just love it. Every single line, choice of description, seems well chosen to reflect the perspective it is being told from, I really love the bit about repetition, and the human greetings that are always the same seeming so alien to her. The idea of this sanctuary, where a few humans have united with a whole selection of sea creatures, creatures evolved and advanced, creatures unknown or forgotten, it has a little bit of a feel of peter pan. In fact, at the end, with the mention of pirates, there was something that felt like this little oasis had been a sanctuary where the last of the humans who tried to live in harmony with nature have made their home. I really like the idea that this is representative of a greater whole, that the pirates are humanity's greed and destruction, caring not for the magical and advance life they destroy, the civilisations that may be far more advanced their their own, and are thoughtlessly raided. There is an element of survival here that comes across, everyone fighting to survive, even the pirates, but that metaphor gives it so much more meaning. One mans hunter is another (mer)man’s raider. The idea of Susan having grown into this, having made this journey many times, attended many meetings, first young and not necessarily taken seriously by her own people, to this moment at the end, delivering a rousing message of strength through unity just finishes it off so perfectly. A truly bananafish ending!