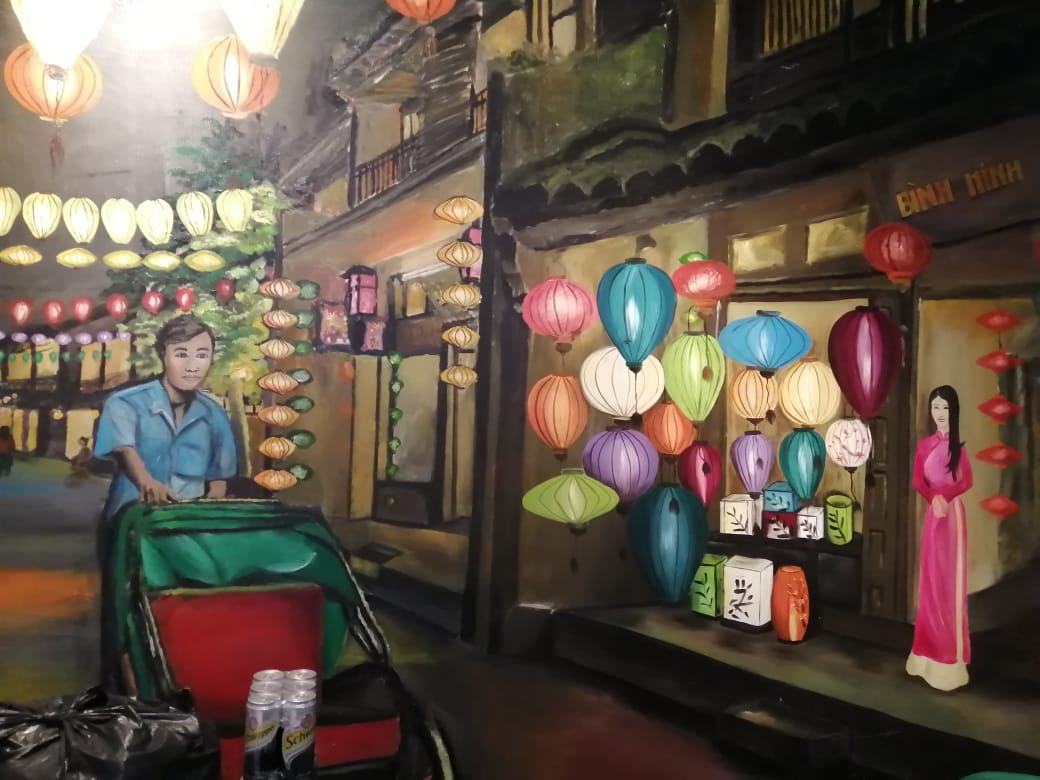 I found these on what is kind of the street. Like a lot of the pieces that I find in this area they aren't tecnically in public spaces but this probably has a lot to do with this being a communist country and the penalties for vandalism, even if it is lovely, is probably pretty steep. I think this is why we don't see very many good street art things around here but rather, some rushed tag-sign instead.

These pieces were on giant cement walls in a restaurant that was open air, so it was only a few steps away from being street art. I still consider it as such because it was done on a exterior of a building's surface and that surface was exactly the same as the surface would be if it was on the street.

You can still find lantern covered streets like this in Vietnam but for the most part it is just for show, holidays, or tourism. Vietnam has embraced modernity just like the rest of teh world, so there really isn't much genuine need for rickshaws or paper lanterns anymore. They are lovely though and the nearby downtown area of Hoi An looks almost exactly like this. You can find these little circle boats just about anywhere in the area including on the beach. For me they always seemed a bit silly because they are not terribly efficient when compared to a regular boat but it is the ones that people use here and again, except for certain instances I once again believe that it is for the sake of tourism attractions because other than at the ocean (where I think taxation comes into play) these boats I have only seen used at floating restaurants where they were trying to give an all around traditional experience. 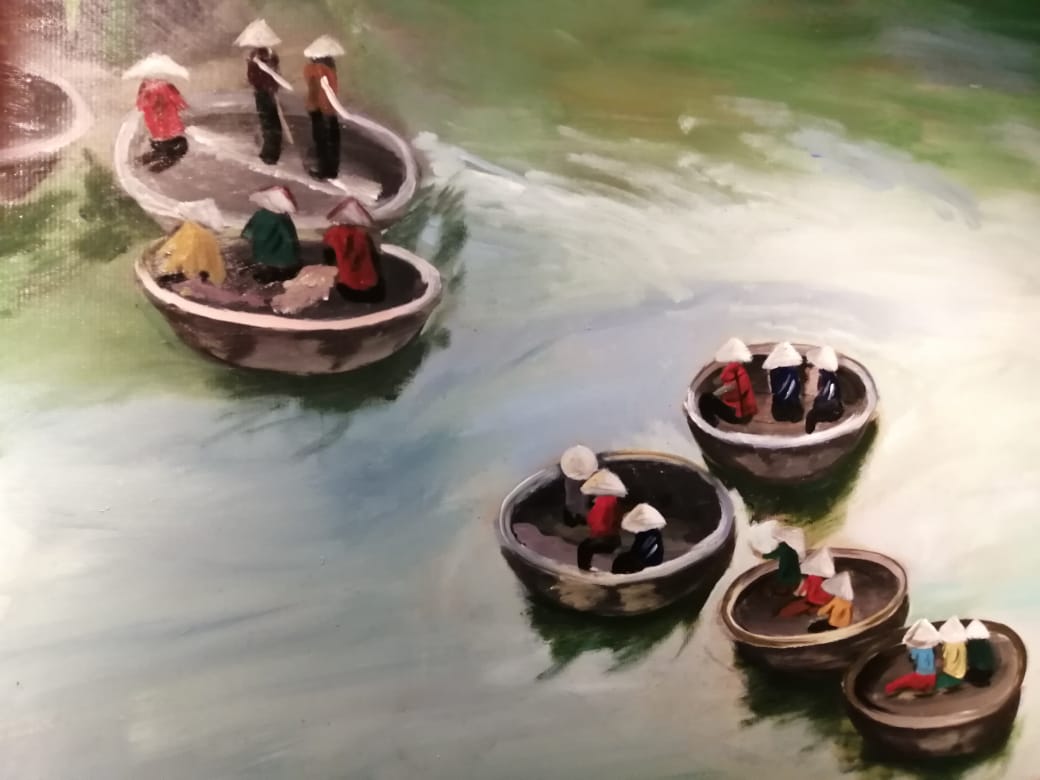 Here is a closeup of the same shot so that you can see that this is not a print but is actually hand-painted. I like how as you get closer the detail becomes more blurry. You have to be some distance away from this painting in order for it to look real. This close and it almost looks amateurish but it has to be that way in order to look like anything from afar - which I am quite certain was the intention.

That's it for this week. I try to keep a lookout for art wherever I go. Do you have any to show me back? Haven't seen much from you on this topic lately @jack.russelle !