There is one big danger in expat life: booze I have been an expat for quite some time now and for the most part everything is just grand but there has been one prevailing situation that exists for basically everyone that is an expat not just here in Da Nang but basically everywhere else I have lived and even in other places that I have not lived but have known people in and this is the fact that the expat community tends to be a very boozy bunch even to their own detriment.

I'm not trying to blame Vietnam or any other location because this appears to the be the case. Of course we are all capable and responsible to figure out how to live our on lives on our own and any attempt to blame your surroundings for any issues you have in your life is just a cop out. However, there is no denying that the expat population in a general sense tends to be significantly more alcohol oriented than other types of communities that I was part of back when I lived and worked in the United States.

So why is it so much more boozy over here in expat land? I have a couple of theories

Expats tend to be child-less

Unless they end up married to a local, those of us living and working in these communities tend to not have any kids. I'm not suggesting that you can't be a parent AND an alcoholic but for the most part being a parent kind of scares or forces a level of responsibility on a person that they otherwise might not feel compelled to do otherwise. I have no kids and no plans on getting any so I have a level of freedom that people with kids will never be able to experience. 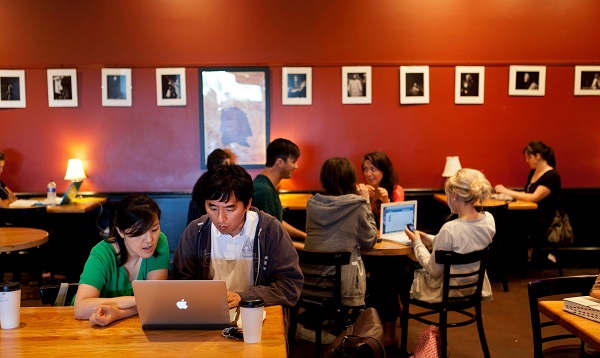 I know this because I am one of them. I have no set hours for the most part and I get started when I wake up, stop when I am done, and basically have no timeline other than that it needs to get done at some point. Since I am not punching a clock like many people with early morning jobs, I don't feel compelled to not have too many pints the night before. It is irrelevant really, If i end up sleeping it off it just means that I get started later.

Other people have very variable hours because most of the people I know are teaching online in some capacity, mostly to people in China. These hours are almost always "after school or work" for the customers in China and therefore this means late afternoon or evening hours. If you haven't shed your hangover by that point....

Much of the community doesn't even work

The other segment of the expat community is the part that doesn't work at all and generally is retired. These guys have no reason to not drink and for the most part this demographic drinks every single day - mostly not in excess but whatever floats your boat.

I hang with a wide array of people and most of them are 10 to 30 years older than me because they moved to Vietnam in order to have their retirement work better for them than it would in their home country. This is completely understandable since it is very easy to live quite nicely here for under $1000 a month. Try pulling that off in your home country. When I say this i mean that they are not required by law to close, ever. They have some sort of noise restrictions past midnight for sure but if you have a small bar and the people inside of it want to continue boozing until the sun comes up that is totally your call. There is no "last call" in many expat destinations world-wide. In DaNang I am aware of 2 bars just in my neighborhood that stay open 24 hours a day.

I'm not saying that the government should change this. I'm actually very happy that they butt out and let us do what we want. I am merely stating a fact that if you are silly enough to drink until 5am, no one is going to stop you from doing so.

Point of the story is that being an expat is fantastic. My money goes a lot further and I have far fewer worries than I would back in my home country. The decision to drink is my own and for the most part, I and most of the people that I know drink almost every single day. I have been here 2 years and there have maybe been a grand total of 14 "dry days." Thankfully for me I am able to keep the rest of my life in order despite this. I do, however, know a few people that are not.