Some rather tragic street art 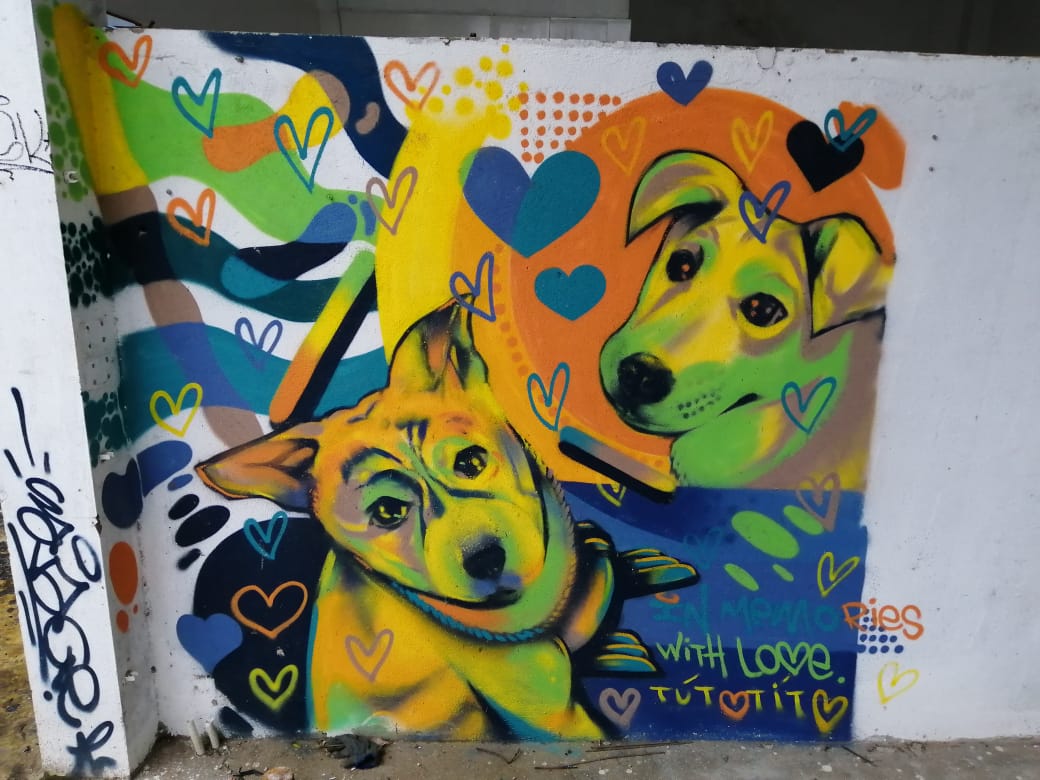 Today as I wandered around my rainy and a bit cold city I happened upon yet another business casualty of Covid. Businesses are closing left and right here in Da Nang as I am certain is the case around the world. One such business went to extreme measures after closing and took basically anything that had any sort of value along with them when they left. They even took the walls which were made of some sort of metal and since they weren't really worth anything in their completed form, I would imagine that they were just sold for scrap.

Of the things that were left behind, there was some street art in this mostly outdoor bar / cafe that I have to admit that I never went into while they were still open - so I guess I cant blame it entirely on covid that the business had to shut its doors.

While I can't say for certain because I do not know the owners, this seems to be a remembrance picture of some sort of family pet of sorts.

I'm a big fan of dogs and had them most of my life as family pets. I know just like most other people know that there is very little that is as tragic as the eventuality of a dog's passing to the afterlife. I do not have a dog right now, but hope to again some day. Speaking of death, this next one is even more touching. 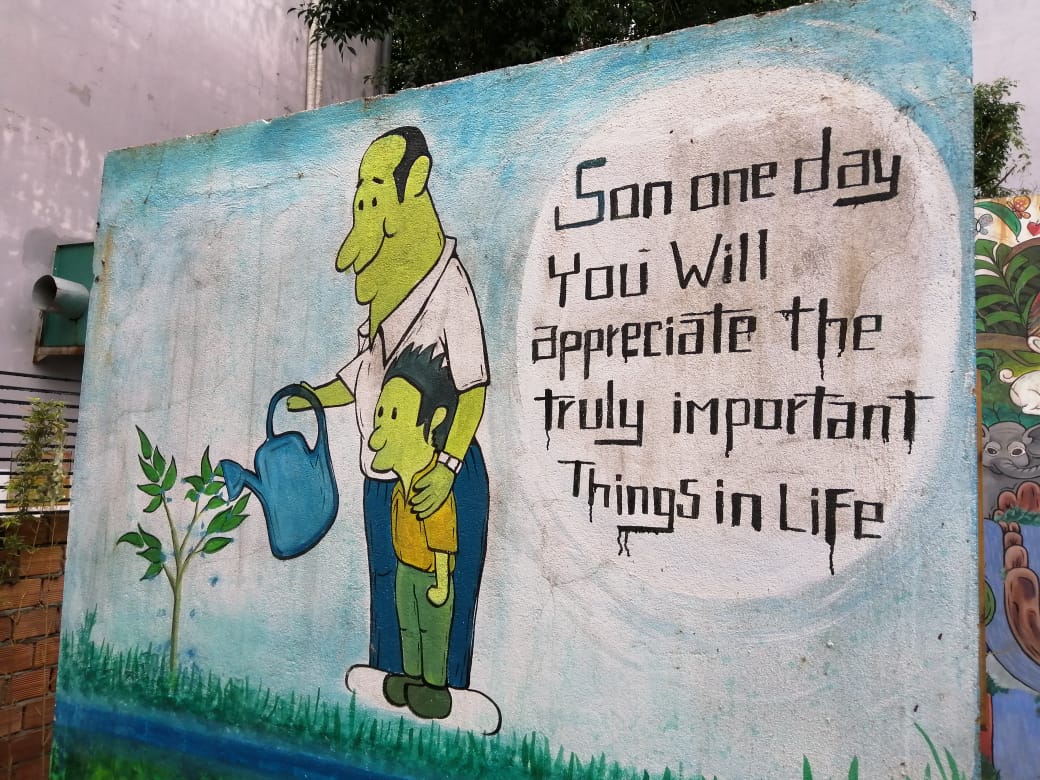 Thankfully, both of my parents are still alive but the disinterested look on that kid's face kind of reminds me of many times in my life that my own father was trying to teach me important things in life and all I did was act completely uncaring about it all and it wasn't until many years later when I was an adult that my father was correct about a lot of things that I was such a pain in the ass about during various points in my life. 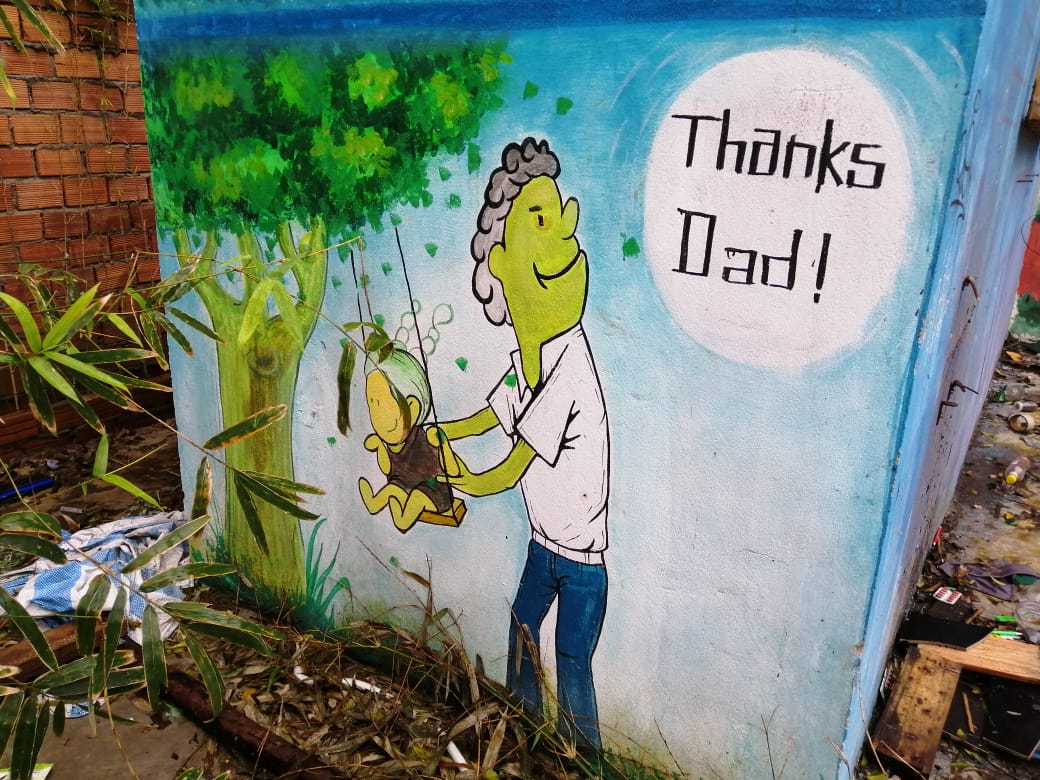 When I think back to when I was a kid about the age of the one in the 1st photo I think about the things I considered important and none of those things are actually important to me today. At first glance it appears as though the father is suggesting that the important things in life is actually planting trees but the real meaning is significantly greater than that. It is the value of our relationships with others, especially family members that are truly important.

Perhaps I am getting overly sentimental, but I think we have all been guilty of taking things for granted at certain points in our lives. I am going to call my parents tonight actually. They live on the other side of the planet and I don't pay them nearly as much attention nor give them as much thanks as I should. One day they won't be here anymore and that is something that we all have to keep in mind when we are focusing on the "important stuff" in life that isn't really important at all.

Sorry to be a downer - but you know that I am right. Maybe you should call your parents too.