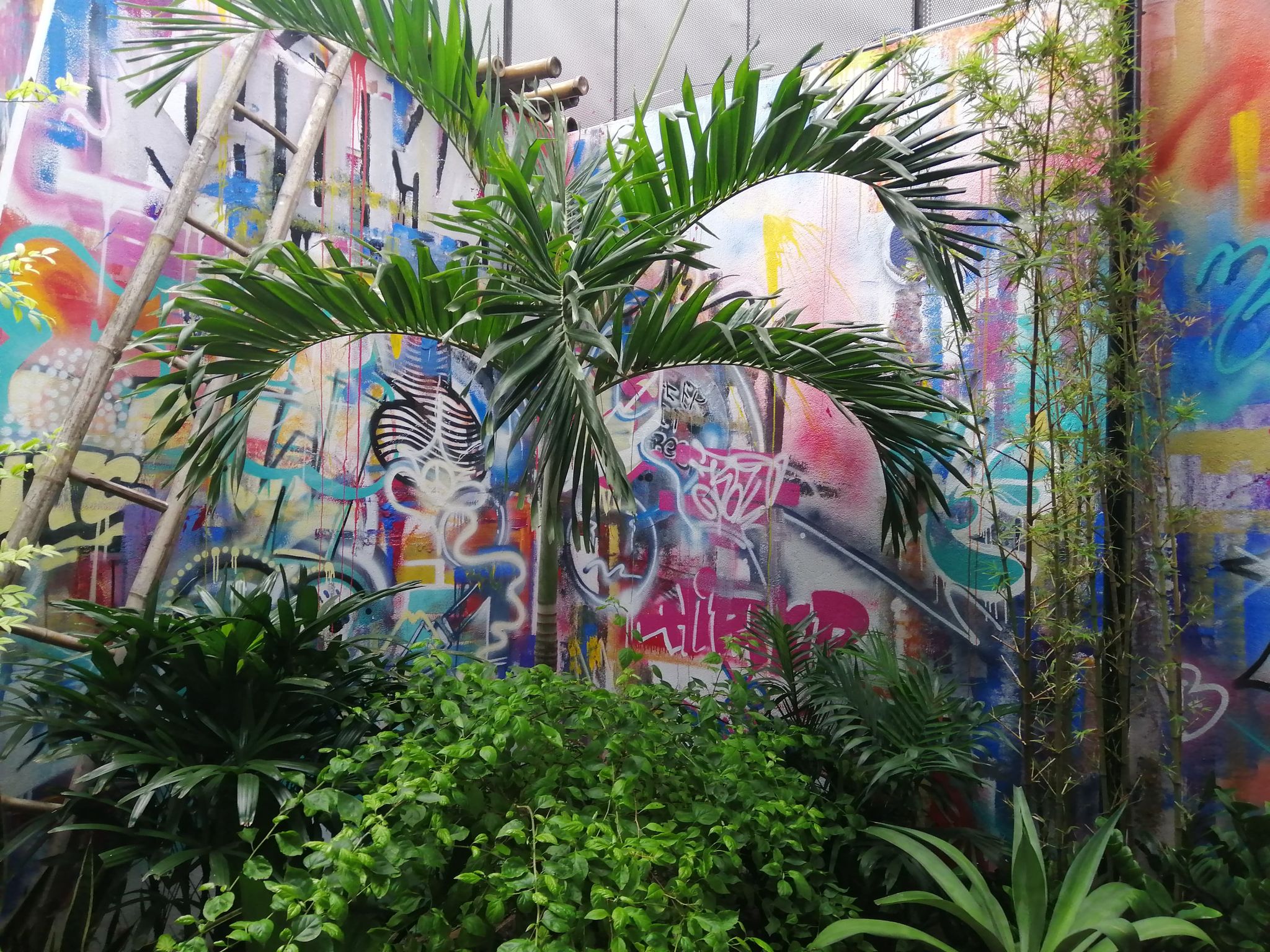 It's contained inside of an outdoor restaurant but it's still outdoors so I am going to go ahead and consider it street art because I think it looks cool and was done by a team of individuals over the course of a day.

The fact that the place has awesome burgers at great prices is just an added bonus.

This place is called Roadhouse and is a new addition to the Da Nang landscape. It was a very unusual time to open a new restaurant and some would say a stupid time to open a restaurant since they are in a tourist part of town that is at least for the foreseeable future, completely devoid of tourists. I don't know the name of the artists but I did witness some of this being done. Based on the look i suspect they are some of the same people that are doing some of the actual street art around the area but in this restaurant of sorts can do so without fear of getting in trouble.

It's actually a very cool restaurant that does almost nothing for themselves as far as online presence is concerned but if you want to see their graffiti or their burgers (both recommended) you can find them here.