Pool rules are a bit strange in Vietnam 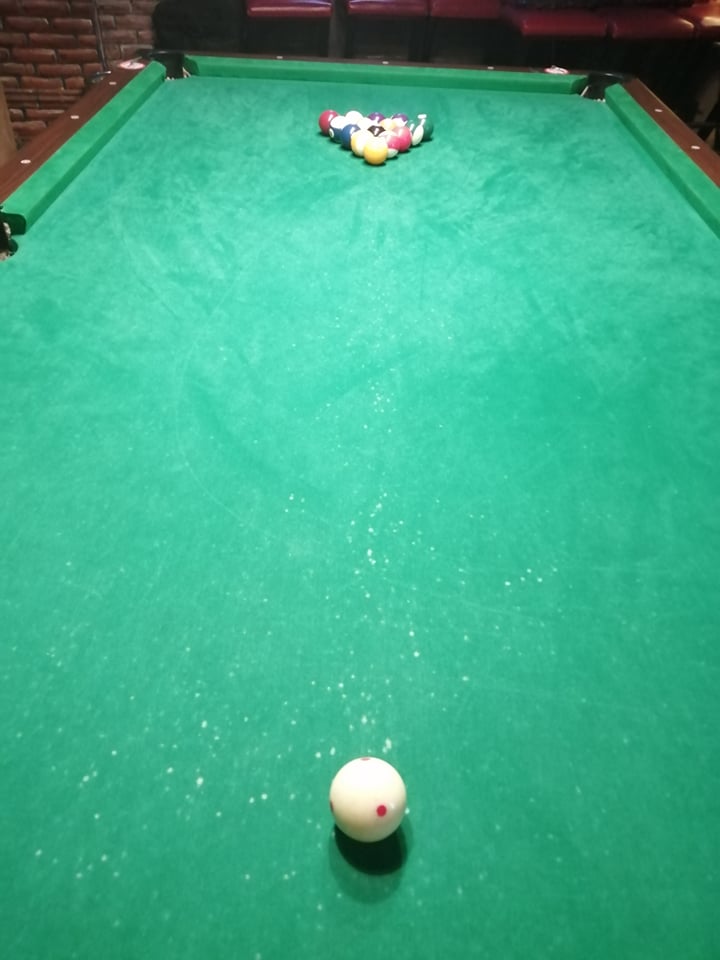 The rules for playing rules vary widely everywhere that I have been in the world but I have to say that I have never been anywhere that they are as complicated and strange as they are here in Vietnam... or at least among the people that I play with here in Da Nang.

This doesn't mean they are universal, I have no idea; but this does seem to be the general consensus around here and people can get rather upset if you don't know them / adhere to them.

Honestly, I feel it should be labeled or on the wall of pool halls if people are going to be so serious about it

For one thing, the 8 ball is lined up with the 2nd dot on the side of the table for the break and while this may be a rule in a universal sense, this is the only place in Asia that I have ever heard of anyone doing this. I was always told that this 2nd dot is where the lead ball goes, but whatever - I could be wrong on this one and I just roll with it.

Things get a bit stranger after the break.

Let's say that you are really good at breaks and I like to think that i am. It is not uncommon for me to sink 1, 2, or even 3 balls off the break and anywhere else in the world that I have played if you sink say, 3 stripes, that means you are now stripes. If you sink one of each stripes and solids, you get to choose which ones you want to pursue from that point forward.

This is not how it works in Vietnam

You could sink 8 balls on the break, which I realize is a damn near statistical impossibility, but then you STILL do not have a designated ball. It is only after the break that you get to make a shot and then if you sink that does that ball type get designated to you.

EXAMPLE: Tonight I was playing and I sank 2 solids off the break. This was of course a complete accident but I am a monster on the break and it just happened to work out that way. However, i missed my next shot on the next solid and my competitor got "possession" of the table. He then sank the solid that I had lined up perfectly in the corner and claimed that he was now solids.

This is apparently the way that all the pool leagues handle it here in Da Nang, Vietnam and it makes very little sense to me

The reason why I say that is because what is the point of trying to make a good break when whatever you sink off the break in no way contributes to your overall progress in the game? There is little to no incentive to even try to do a good break and the game becomes more like snooker at this point where the objective becomes to simply prevent your opponent from having a shot than it is for you to bother trying to mash the hell out of a break in order to get some balls in.

I'm not going to bother looking this one up and trying to prove anyone wrong for two reasons: I am not a member of these pool leagues and also because they all seem to be perfectly happy to keep the rule that way - which I think is complete BS.

If you know differently I'd like to hear about it. Also, it should be noted that despite the fact that I was unaware of this nuance of Vietnamese 8-ball, i still won every single match I played tonight.