We were warned for a long period of time leading up to the Molave storm that hit us starting 2 nights ago.

One of the things that I have always appreciated about this very large (IMO) city is the fact that even though there are streets all over the place, the city has seen to it that there are always a bunch of trees lining the sidewalks up and down nearly every avenue. I was impressed that in preparation for this the city preempted the eventual arrival of this storm, which I was told was the most intense storm we have had in many years, but going around and cutting the branches off of many trees that were considered to be at rick, particularly around any sort of power lines.

It's tough for a storm of any sort to uproot or knock limbs off of a tree that is incredibly streamlined like this and of course, they are going to be ugly for a while but that is probably preferable to having houses and cars destroyed as well as power being knocked out. They didn't get to all of them though because there simply wasn't enough time and this is just one of the many trees that was felled during the storm. Thankfully, this tree fell into a rock wall surrounding a rarely used facility and the buildings were undamaged. It is lucky that it fell the way that it did because on the right of that picture is a restaurant that is made from less-than-awesome materials that almost certainly would have been completely destroyed had it gone the other way. 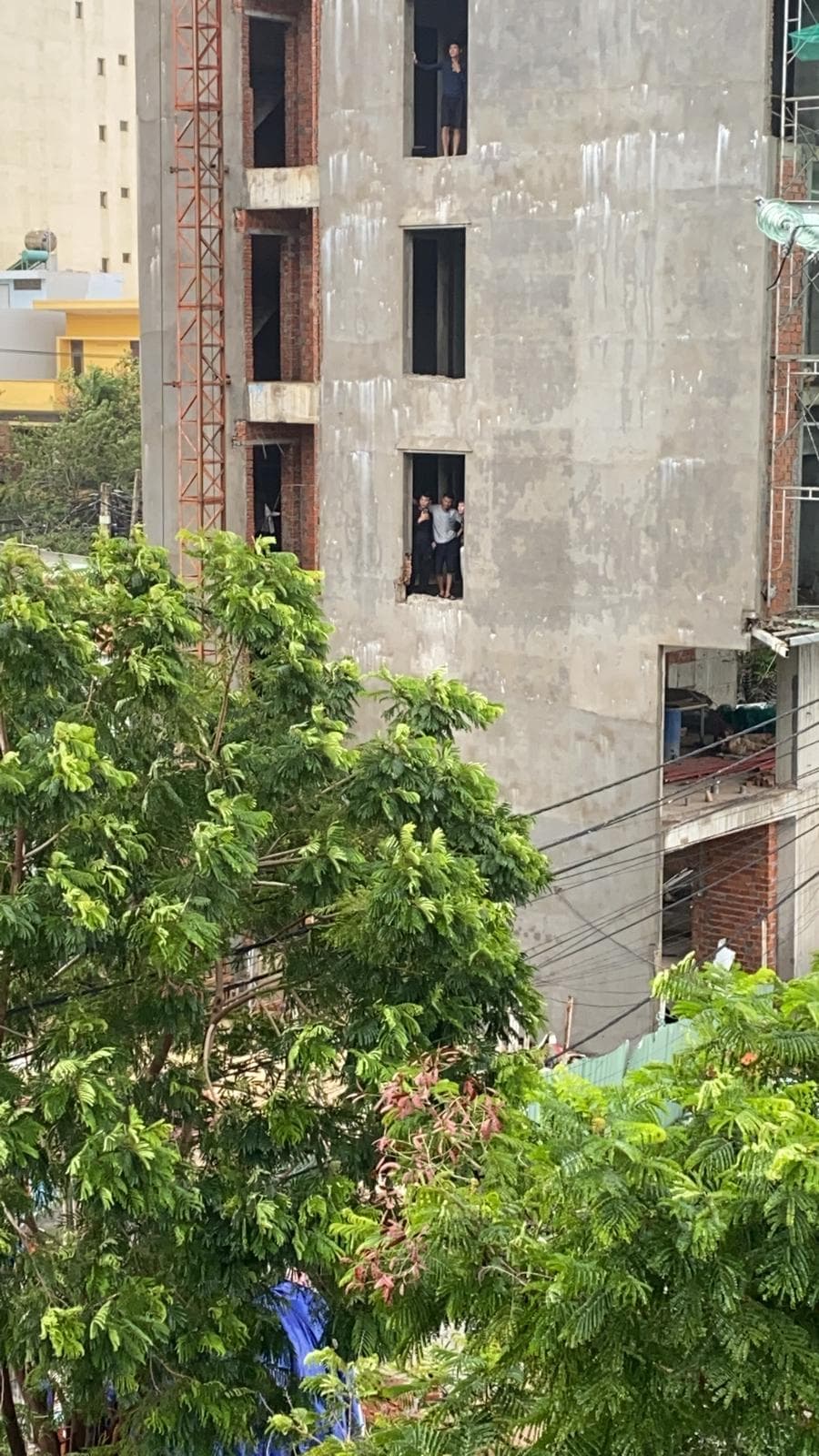 These brave souls are looking at my building because on the roof of it we have a swimming pool that the entire wall surrounding it are those tough glass panels that make the view a lot more pleasant for those who are using it. Unfortunately, the steel barriers that were holding up the panels were not attached to the foundation properly and some of the panels flew down to the street below and smashed into millions of tiny pieces. They were safety class but they also weigh a lot. They almost certainly would have destroyed anything they hit or killed a person had it struck them. Thankfully, neither of these things happened. The rooftop pool will likely be closed for a number of weeks while they completely revamp how the wall is built and they also were draining the pool, for some reason.

So all in all I am very happy it is over and as far as I have heard there was almost no loss of life. This has been just another chapter in the less than fantastic story for Vietnam that has been 2020 so far.