Da Nang eases lockdown then immediately gets another Covid case This isn't as terrible as it sounds because upon being tested a 2nd and 3rd time the man suspected (and confirmed by testing) tested negative both of those times. Seeing as how the government of this country is in charge of medical care and also all the information we are allowed to have I don't know if I necessarily believe that he actually tested negative but the good news is that the easing of lockdown measures are moving forward.

We all got spooked pretty bad because after 5 weeks of pretty harsh lockdowns all of us were really itching to get some of our lives back. The Vietnamese population was starting to show signs of no longer complying with the edicts also and even ignoring police demands face-to-face. It was starting to look like revolt was just around the corner and given the amount of national pride and serious compliance by the population, this was very surprising to me. Basically, the people were not going to tolerate not being allowed to work for much longer so the lockdown has to end, even if there are Covid cases.

When they announced that we were getting some of our liberties back they included the ability to get take out and delivery food as well as most other retail outlets being allowed to open in a restricted manner. This includes shops of all sorts but they are mandated to only allow a certain amount of people in the store at once and just like the rest of the world, this doesn't seem to apply to large grocery stores of shopping malls that just let however many people they want into it.

I understand regulating the amount of people inside of a place of that magnitude would be all but impossible but I really find the double-standard to be a bit silly. Not just here but globally speaking. 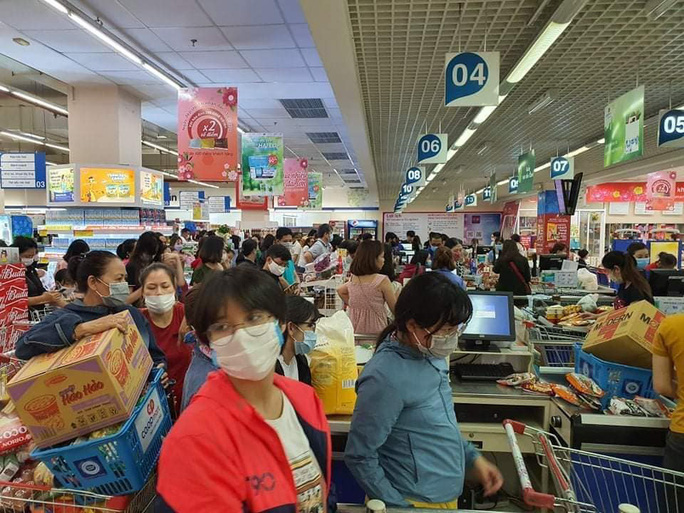 src
Covid can't spread in Mega Market, everyone knows that

Although it was not stated directly, the people started going to the beach again and after a certain amount of turning people away, the authorities stopped enforcing this closure as well. You are not allowed to swim though, for some reason. I see people surfing and this is allowed but if you want to put on your suit and go for a paddle, forget about it! The overzealous lifeguards who probably wish they were police officers will whistle at you like mad if you even try to go to knee deep water.

Then at 4am there was a report of a new case of Covid and we found out about it the following morning. A man who had a fever checked into the hospital an was immediately checked for Covid-19. The initial test came back positive.

I was happy to see that the government didn't immediately rush around and force everyone to close again because less than 24 hours later it was revealed that 2 subsequent tests returned negative results. We all breathed a collective sigh of relief because we were about a week away from the bars opening up again.

This is problematic to me for a number of reasons because it makes me feel that this is going to be a self-replicating situation. I have said from the start that I felt it was a bad idea for Vietnam to be pursuing a zero cases environment because since the rest of the world has a lot of cases, this means we are what? never going to open up to the outside world? Also, are we really going to close the entire city down every time 1 single case is discovered? Also, I feel as though even if this one case was positive that the people in charge would tell us that it wasn't and then quietly do their contact tracing to find the people this person interacted with and test them. I say this because the city is very near a state of unrest. I don't think the population will tolerate the lockdown for much longer. People here are not wealthy for the most part and the government doesn't have the finances to pay folks to stay at home from work. People were already running their businesses in a covert fashion and the "covert" portion of that statement was starting to fade and the community would argue back with police if they turned up to do something about it. What are they going to do? Arrest the entire working population?

I am not one of the people that are terrified of Covid. I suspect I already had it when I was feeling a bit under the weather back in March and even if I didn't have it I would gladly volunteer to be intentionally exposed to it just to get it over with. The odds being 1 in 19 million of dying don't frighten me. I would imagine my odds of dying are about the same every time I go for a walk near a street.

hopefully it will all be over soon. It's been a long road!