One of the things that really pleases me about this coastal city in Vietnam is how the municipal services as far as the upkeep of parks and common areas is actually very good. This is very nice to see because for the most part Vietnam is actually quite dirty since the sanitation and waste disposal services are actually very inadequate and this country is largely considered to be one of the worst polluters in the world.

That's another story though and one that I will go to in the future because finding photos of filth is very easy to accomplish here since it appears as though most people don't give a crap.

After the city was ravaged by a week long tropical storm, the entire city and even the popular park areas were an absolute mess with debris, tree branches, overgrown grass and of course, garbage all over the place. The storm briefly "broke" a few days ago and it was pretty amazing how quickly the workers got out there to clean up the riverside park areas that are normally a popular exercise place for the locals. It would be a popular place for tourists and photos as well but we don't have many of those at the moment. 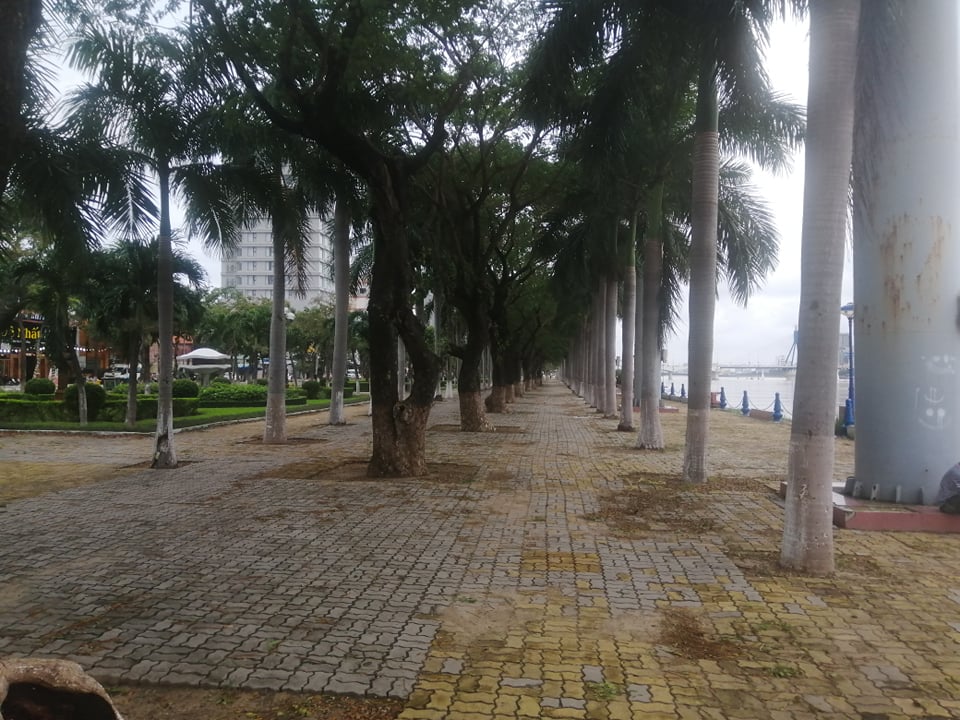 This park probably has a name but I don't know what it is and didn't see a sign anywhere but honestly, it is not difficult to find since it extends up the entire riverside on both sides of the river which isn't actually a river at all but is just where the sea comes in and looks like a river. Is that what an estuary is? I have no idea.

It goes on for miles and goes under all of the popular bridges including the famous Dragon Bridge that is the showcase for the entire city. This bridge lights up at night and on the weekends it spits fire and water. I'll have to get some pics of that in the future because it is truly a sight to behold.

While I am very impressed with how clean and nice looking the city keeps these individual parks, I do wish that their commitment to cleanliness and what appears to be environmentalism extended to the rest of the city...because it definitely doesn't. Most of this city is covered in trash and debris still and it will likely remain that way for quite some time. I think that most people just wait for the heavy rains to wash all the garbage out to see, sadly.