Bowling with the Vietnamese is a bit frustrating 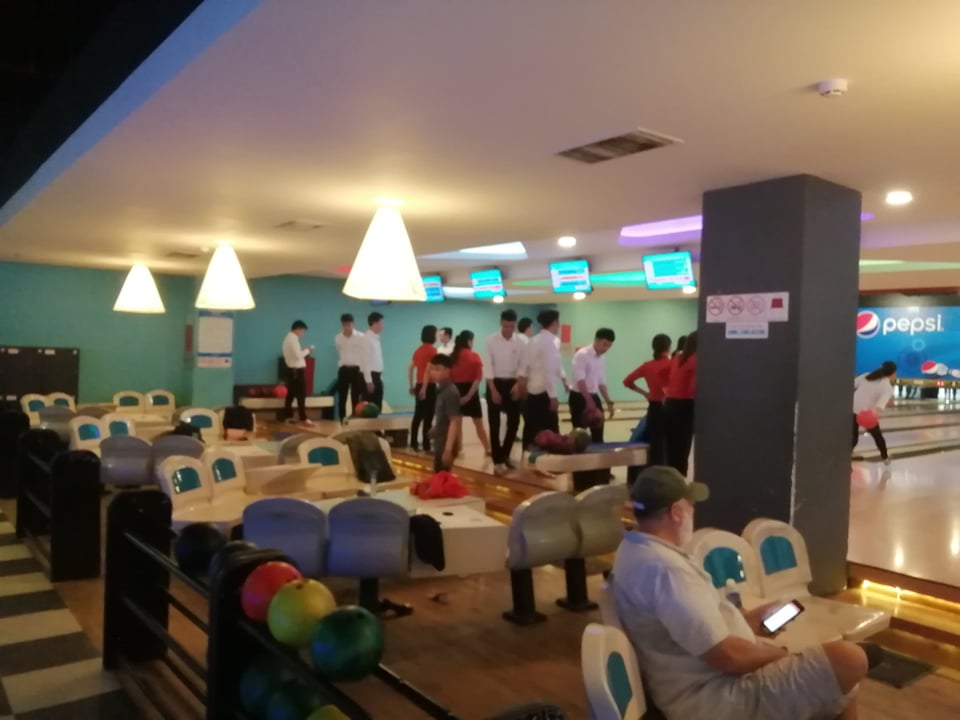 In the United States, outside of designated times, bowling is a rather serious affair that has a lot of courtesy rules. In more extreme situations such as certain bowling alleys that are frequented by people who bowl regularly high scores, there are certain things such as excessive noise and violation of the courtesy rules will get you first reprimanded and if you don't comply, kicked out. There is almost never any music playing outside of certain "party night bowling" instances and these are for just a few hours normally and during designated times.

That does not seem to be the case in Vietnam or at least not at the lanes that I go to on Thursdays.

Don't get the wrong idea. I am not trying to say that the Vietnamese are "doing it wrong" because it is their country after all but this entire crew of youths who were perhaps in their 20's were all very loud, all standing and i don't think I ever saw any of them use the chairs.

The music was also blasting to the point where I couldn't even hear any of the people in my group unless we shouted at one another. This lead to the youthful group talking even louder and screaming any time that anyone got anything better than a gutter ball. They also completely ignored (or more likely didn't even know it exists) the rule about not entering the "standing area" of someone next to you if they go there first.

When I bowl, there is actually a system to it, I use the markings on the floor and need to concentrate with my approach as well as my release. On multiple occasions someone actually ran into me while I was standing getting my stance prepared. All of our games quickly fell apart.

There were also several people who were wearing just their regular street shoes or in this case, not wearing any shoes at all. The crazy thing about this particular female is that she actually had really good form, but I guess doesn't care for the shoes or didn't want to pay to rent some. I don't know because we didn't speak to them.

In the end they were just having a good time and probably enjoying being 20 years younger than we are. We didn't get on their cases or anything but it was just kind of alarming to me how there appeared to be absolutely no protocol at all. The only time we even wagged a finger at them was when one of them walked in front of us when one of our bowlers was getting ready to roll and they nearly collided.

Well I suppose if i were to play some sort of Vietnamese sport I wouldn't know the courtesy rules either but one thing is for sure. In the future if we turn up and there is a group like this that is already there before we arrive I think we will just turn around and decide not to bowl.

When in Rome, bowl like the Romans do I guess. My top score was 140 that day out of 2 games, and I am happy with that.