A most excellent hand-crafted Buddha 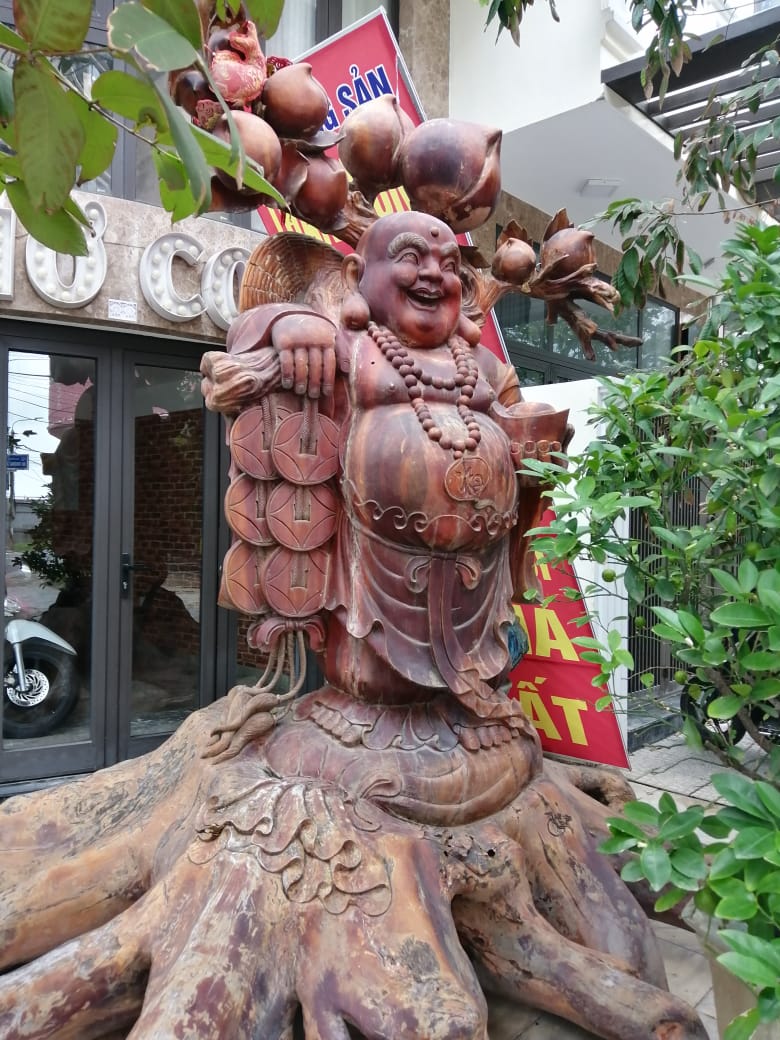 So in my wanders on a cold and rainy day (if you can believe that 18 degrees Celsius or around 68 degrees Fahrenheit can be considered cold) I walked around the neighborhood because it was too rainy to bicycle. I found myself on a backstreet that I probably otherwise wouldn't have gone down in my bicycle or moped to find this gem hidden behind some street plants.

This wasn't in front of a hotel or a business of any sort. As far as I could tell this was a private residence and when I see something that looks like this I am normally convinced that this is some sort of mass-produced garbage that could even be made of plastic. Without touching it too much (some people who I presumed were owners were very nearby and watching me - not that I would damage someone else's property anyway) I was able to get close enough to determine that this is fact wood and it appears to be a single piece of wood. Now, if this tree was uprooted for the sake of creating this statue I would like to find the person that made it and slap the living shit out of them but for the sake of staying optimistic let's just presume that the tree was felled for some reason other than just making a religious relic. I got really close to the base or the feet of the Buddha and there was no discernable gap to indicate that it was actually two pieces of wood that were fused together. I honestly believe that this was a single giant and most certainly very expensive piece of wood. 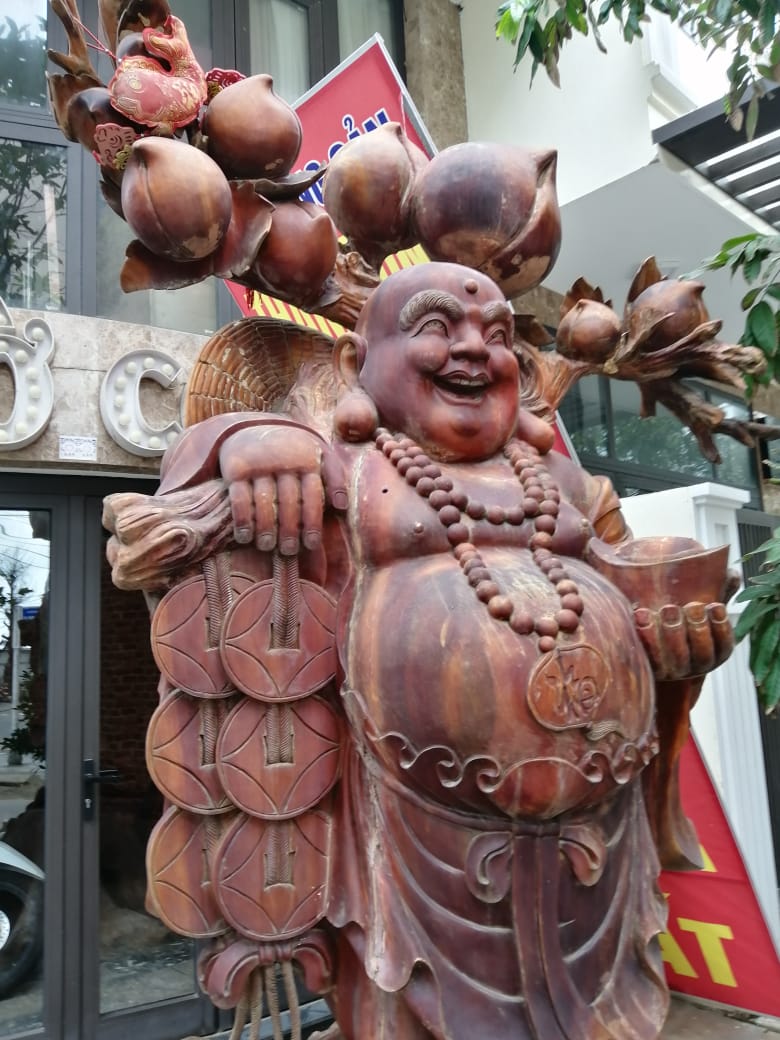 The level of detail is incredible and presuming that no sort of glue was used whoever the artist was would have had to very knowledgeable about what sort of cuts you can make into a piece of wood without breaking it. Also, he (or she) would have had to have started with a much larger piece of timber in order to accommodate the belly and taper it off towards his head.

The entire piece is about 2 and a half meters tall and is very impressive. I only touched it a bit and I wasn't able to find any "cheating" other than the ropes that are holding the wooden coins under his right arm.

I would be very interested to know how much this thing cost and I would be willing to bet that the answer to that question is A LOT. They are in no danger of anyone stealing this because it probably weighs as much as a Ford Ranger.

This statue can be found a few blocks from the beach in Da Nang in the My An quarter of the city. I'm not gonna tell you where because now you can go on your own adventure to try to find it!