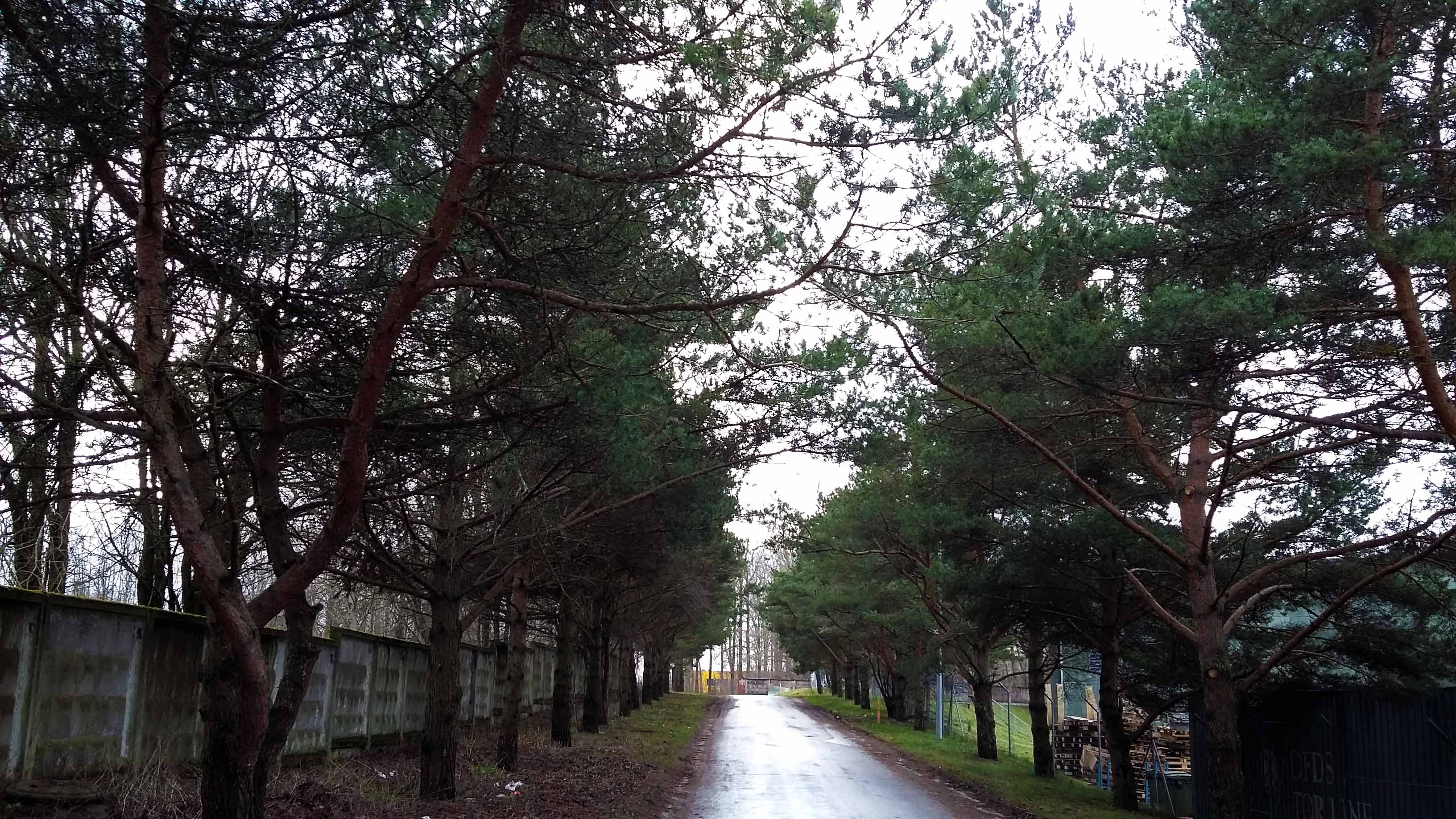 ollowing the alley lined with pines of both side, the nature looks promising, but one would see hints old buildings and warehouses. And one would be right to think that, we are in the district, that used to have old Soviet era underground tunnels, large bases of 5 stories down, accessible only by a rusted ladder.

Alas, our country having issues with all things soviet, and the greed of politicians and businessmen alike, don't allow for saving these historic locations - today the warehosue district is moving closer and closer. A few years ago the large underground base was destroyed, to make room for a warehouse, so that some company would have a few more kilometers less to ship to the city. I being one of the lucky ones who managed to visit the base, am sorry I cannot descend into the underground darkness a more.

Still, following the road lined with pines, one comes across some old soviet era remnants. An ungly concrete wall, lining what now is used as a parking lot for large vehicles. Gated with a rusted metal monstrocity that is suitable for a Stalker series game and a stamp "Private property"on it.

And of ccourse, a random wall, with pictures of soldiers and unreadable words, that time has almost wiped from the surface. I give this wall a few years a most.

You have accordingly been rewarded 205.9375 AFIT tokens for your effort in reaching 6497 activity, as well as your user rank and report quality!
You also received an 2.38% upvote via @actifit account.
The following boosts were applied to your post:

Sports Drink - L2+ 4.5 % SPORTSBoosts increased your AFIT earnings by 155.5625 AFIT
Actifit rewards and upvotes are based on your: