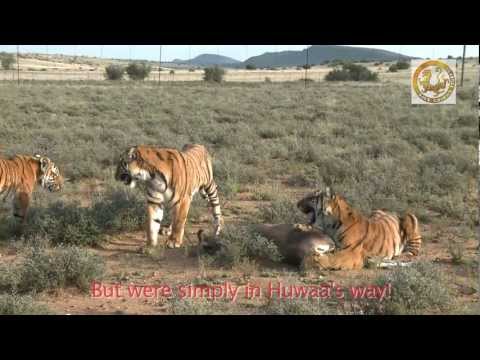 The South China Tiger (also known as the Amoy tiger, South Chinese, Chinese and Xiamen tiger) is unfortunately the most threatened and vulnerable tiger species in the world. Scientists have declared that the South China Tiger is functionally extinct in the wild and has not been seen outside of captivity in more than 25 years.

While there are no wild South China Tigers left, thankfully there are about a hundred or so in captivity as part of breeding programs in China. In 2007, the first South China Tiger was born outside of China at the private reserve known as Laohu Valley Reserve in South Africa. More tigers have been born at Laohu Valley since then.

There is genetic evidence that suggests that a majority of the captive South China Tigers are not “pure” and that they had been cross-bred with other subspecies of tigers.

Will you not post in #ccc. This is the hive of the community Curation Circle Creed.

Love the tigers and they are from the cat family and their preys are deers because their teeth are sharp and are carnivores as well.