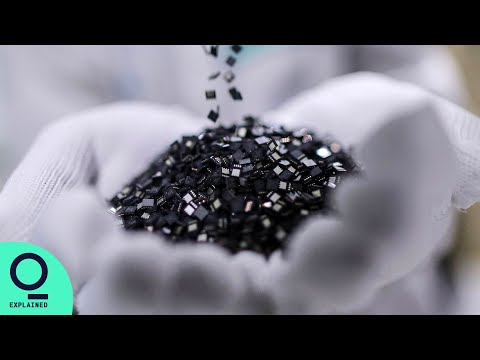 A recent report of Bloomberg gives a very interesting insight to the worldwide shortage of computer parts like graphic cards and next-gen consoles. We already knew that the bottleneck was the shortage of semiconductors, but it seems that the parts that use these like display drivers and power management ships have a price tag of about a dollar.

Why there is a shortage

The reasoning for the shortage is actually the cause of multiple events that all together is causing for the perfect (shit)storm. Due to Covid19 the production of semiconductors was reduced as it was expected that the market for computer parts would go down during pandemic times. But due to remote working becoming the norm, the launch of the PS5 and Xbox Series X&S in 2020, and with IOT more and more appliances need computer chips, the industry is suddenly faced with a huge shortage.

Further the surge of cryptocurrencies caused graphic cards to be very wanted, which in its tracks pulled the attention from scalpers who are buying as much as they can to flip for a nice profit.

Last but not least, the outdated production methods that many countries where these semiconductors are developed use, cause that increasing the production quantity is not happening efficiently. That while the demand keeps raising.

Blaming everything on the outdated production of the country of origin however is a bit too narrow minded. There is some blame with the manufacturers, quite a lot it seems.

Because of the market shortage these companies are getting contracts that are way more lucrative than ever before and naturally so are the profits. So it’s not too surprising that the board of these companies are hesitant on upscaling the production.

In the company's defense, investing in upscaling production is tricky, as it’s difficult to say how much capacity is actually needed once the market is normalized. It’s clear that there are more semiconductors needed than 5 years ago, even in a normalized market but it’s clear that the current demand isn’t a healthy value meter.

Delaying the upscaling of the production might actually revenge itself on these companies. It has to be noted that even after increasing the production the shortages won’t be gone as snow before the sun, and this is something many companies that rely on these semiconductors are aware of.

Some big companies are ready to make an investment to prevent getting in the same sticky situation that they are in right now. And are looking into ways to manufacture these semiconductors themselves maybe even closer to home. A strong argument is that many of these chips are used for “green economies” and manufacturing closer to home decreases the negative environmental impact the transport of these conductors have.

The United States is mapping the details of what type of raw materials are exactly the bottleneck as well as where they come from. It’s likely that the result of this research will show that the US is too reliant of Chinese production which can be another strong reason to produce them closer to home.

Completely nuts, not that I think that the ones of 1200 get sold but they easily try to flip it for a few hundred euros. I'm just happy you can't take the GPU out, the price would skyrocket cause of miners