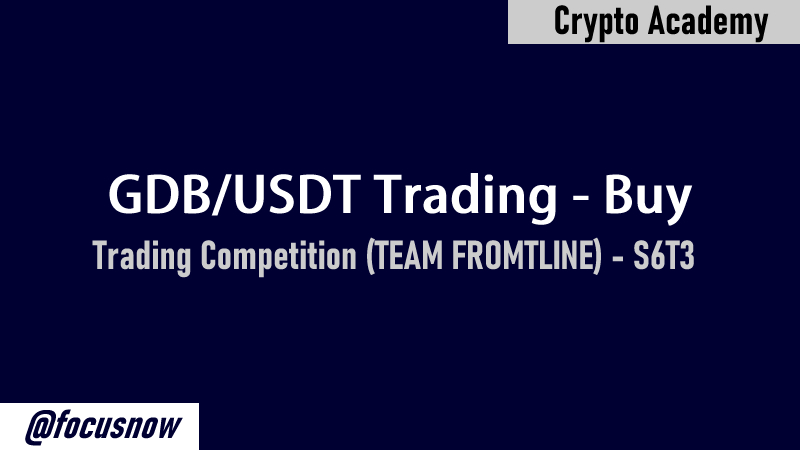 Hello friends, I am happy to enroll into today's trading competition of TEAM FRONTLINE where I made an analysis of the ADA project. Thanks for patiently going through.

The name and introduction of the project token, and which exchange can be traded on, project/technical/team background, etc.

My Project Today is The ADA (Cardano) Token

This is a PoS (Proof of Stake) algorithm employed blockchain that was founded in 2017 which was meant to permit innovators in making a global mutation and improvement using the platform.
Nevertheless the project was named after an Italian polymath called Gerolamo Cardano while Ada Lovelace who lived as a mathematician is the great name behind the native token (ADA). The project was designed in such a way that the owners of the token can vote on any proposal with regards to the activities and policies of the ADA invention.

According to one of the mandates of this project, it was designed to be used by agricultural established firms in tracking fresh agricultural produce from field to fork while some other products on its block chain permit serves educational purposes which are kept very confidentially.

The Founders of This Project

Charles Hoskinson, a co-founder of the Ethereum network Is the major brain behind this innovation as he is also serving as the CEO of IOHK which is the company behind the establishment of the ADA project. He is also a technology entrepreneur, a crypto trader and a mathematician.

Nevertheless after the establishment of this project it took a five consecutive round of public sales before it went into full operation and this was between September 2015 and January 2017 with a maximum supply of 45 billion ADA and its price being pegged at $0.0024. during its launching, IOHK was given about 2.5Bn ADA, 2.1bn ADA was given to Emurgo granded technology company which helped in promoting the project, non profit Cardano foundation took 648m ADA, the project's founders talk about 16% and finally 84% of the ADA project went to investors.

Some Technical Analysis of The ADA Project

24-Hrs Trading Chart of The ADA

From the screenshot above we can see that the current market position of this talking is purely bullish.

Exchanges Where The ADA Could be Purchased

Nevertheless the following markets above are the exchanges where this token could be purchased even as enumerated below: Binance, etoro, HitBTC and Bittrex.

Why are you optimistic about this token today, and how long do you think it can rise?

I believe that no trader would ever express pessimism while checking on any coin, whether he possesses it or not. So I'm very optimistic about this token because it is fully bullish and moreso everyone can benefit from trading it today no matter the type nof trader you are. Whether spot, future, CFD, etc.

How to analyze the token? (using the analysis knowledge learned from professors’ courses) - the most important part.

Thereal are majorly two ways to analyze VA token and these are fundamental and technical analysis but as a short time trader, I normally uses the technical modus operandi of analysis so as never to miss out of any slight profitable trade position. Although from the little analysis above, I have technically shown that the days trend of this token is bullish but as a future trader and a scalper, I normally uses the RSI and MACD normally while placing trades

Finally with the RSI for instance, I enter the market for a buy option when the RSI has gone below the 30% of its position or below when I know that the next price action will be Bullish so I enter, then I use the MACD to then track the longevity of the bullish position using one minute and then sale while the upper chart of the MACD starts reducing after 5min. (note not after one minute). These are specifically the means through which I analyze any token while trading.

Do you intend to keep it for a long time or when to sell it?

No trend or price action takes an all time dominance position and Moreso, cryptocurrencies are highly volatile as they can rise in 1min. and fall in 5hrs.
For this, and more so as a future trader that trades with a high risk leverage of about 30% and above, I don't keep trades for a longer period as I scalp and leave the market for another good entry point whether in the bull or in the bear but using 1min. and 5min. simultaneously.
Finally, the screenshots below show how long I was able to keep the token.

The screenshot above indicates my entry for a buy position where the RSI started making some bullish movement while the lower layer of the MACD started diminishing to push again to the Bull, so I entered.

From the screenshot above, I also positioned my risk management points as to trade profitability. But most times I don't set this as I normally watch till the MACD starts diminishing after 5 min.

The screenshot above shows my trade position as I was able to scale upto 18.59% as of the time I took the screenshot.

Finally, the screenshot below shows my trade history after trades.

Although I'm not a trading expert but I would advise traders to buy this coin because of its current bullish position although I don't know when it will hit a strong resistance which will compell it to go bearish again. moreso, the whole market is currently taking bullish position as the BTC started on the bull couple of days ago. Also I would advise traders to buy this token for now because of the strong greenish candles that are currently spotted in the market which also has an effect on the ADA.

Anything other users want to share about the token/project.

The major things I need to share about this token has already been mentioned above. But I would demand that every trader trades according to his/her market capacity and understand against making needless deficits while treading this token because of it's high rate of volatility and as a trader, don't buy this token with all your wallet asset and try to place a sales demand if the trend hits a strong consolidation because after then you might not tell whether the bull trend will either continue or not as you can buy again if the bull continues.

If you are a spot trader always make sure that the trend is going bullish before you making an entry and as a scalper, always be sure that your indicators are telling you what the market is and what probably It may be before taking a buy or sale position. Thanks to Professor @shemul21 and to Professor @abdu.navi03 for this great privilege.