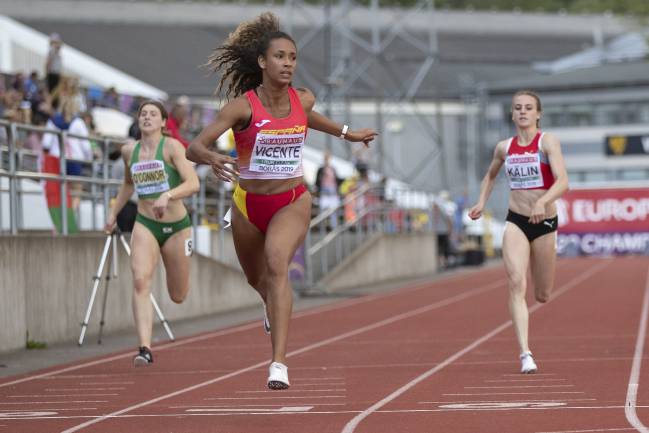 The athlete is proclaimed European champion sub'20 with a score of 6,115 points, something unprecedented in Spanish sport

María Vicente became, at the age of 18, the first Spanish athlete to exceed 6,000 points in the heptathlon by winning the gold medal in the Europeans sub'20 of Boras (Sweden) with a sum of 6,115. The Barcelonan was already European champion sub'18 triple and heptathlon. This Friday, Maria Vicente marked a historic milestone by spraying the record of absolute Spain of the combined, which was held by Carmen Ramos from Castellón last year with 5,905 points.

They climbed with the Spanish to the podium the Irish Kate O'Connor (6.093) and the Swiss Annik Kälin (6.069) who had started in the seventh and last discipline as leader. It is the record number 51 of the Catalan athlete and the second in absolute category, as she already had the pentathlon (the combined female on the indoor track) with 4,412 points since February 16, achieved in Antequera.

"I am very happy, it has been a very tough competition and I am very happy because I finished very strong, beating my personal mark, I had been injured a few weeks ago, so I am really enjoying this moment," he commented on the Association website. European