Linebacker Clay Matthews Out For A Month With Broken Jaw 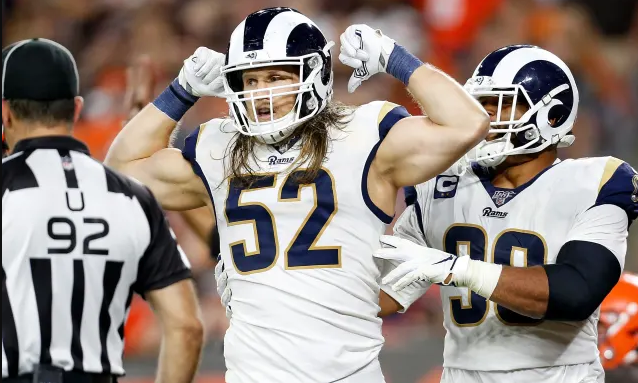 As most of you are aware, injuries in the NFL occur more often than we would like. Things like concussions, torn ACL's, and broken ankles.

However, Seattle Seahawks linebacker Clay Mathews has sustained an injury that I thought would be literally impossible to acquire. Just a few hours ago, it has been recently reported by Linsey Thery of ESPN, that Mathews will be sidelined for at least a month due to a broken jaw.

Head coach Sean McVay told reporters that the linebacker will need to undergo surgery and he doesn't expect Mathews back anytime soon. The incident happened Thursday night when the Rams visited the Seahawks.

According to McVay when questioned about Mathews by reporters he replied "That's not good for us. That's a big injury."

Mathews finished Thursday night with a sack and four tackles. Unfortunately he was also called for a 'roughing the passer' penalty that was rather controversial. In fact, the call may have cost the Rams the game.

Here is the video of the play...

Some of you out there may not have been aware that Clay Mathews was recently traded in March. His old team the Green Bay Packers let him go and the linebacker signed a 9.25 million dollar (2 year contract) with the Rams.

Since then Mathews has had SIX sacks and two forced fumbles in five games with Los Angeles.

You have received a vote at 8.98% from @tlnt account for use the #talentclub tag.

Talented authors receive extra rewards with the TLNT token, check yours in https://www.thetalentboulevard.com/@fitcoin

I am surprised MORE Players on Defense do NOT get Kicked in the Mouth just like that when They are making downward flying Tackles.

Damn that is just comically bad luck, a massive miscall AND a broken jaw in the same game.