Halloween is serious business in Scotland 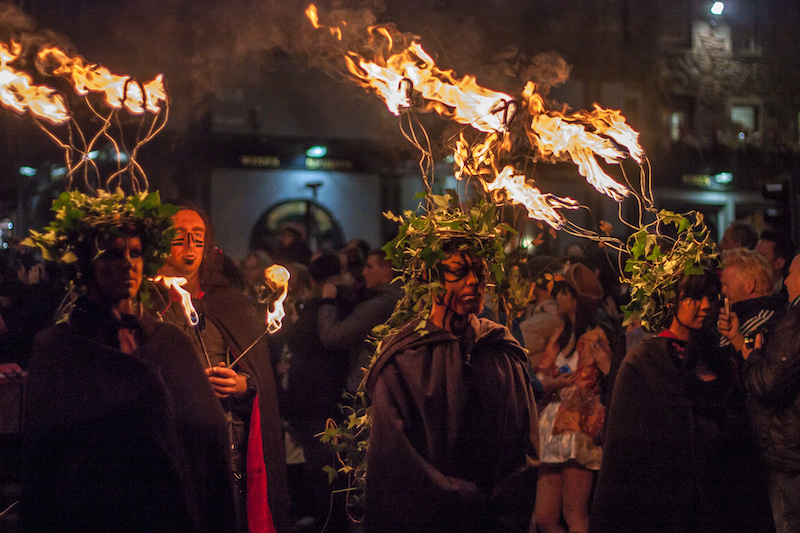 Every year at halloween the local pagans in Scotland throw a little party called Samhuinn (pronounced - sah-wayne).. Its about the changing of the seasons, nature, paganism and apparently setting fire to your head ...

Ok, the fire thing is optional, usually they have torches, and not those lame tiki torches.. proper torches, made from metal, kerosene and the blood of the innocent. (maybe not the blood part) Anyway, these guys take their costumes ultra serious. I haven't been to Samhuinn in years (this shot is from 2010) due to work commitments but I may go again soon.. In the past this was a rather unknown niche celebration that not many people really knew about so when they do their processional parade through the centre of town the crowds were fairly lean and just about anyone could get a front row seat. Now its a bit mainstream, the crowds are so thick you'd be lucky to see it!

Thanks for Looking.
Follow me and read more of my posts here: @fiftysixnorth

Congratz, your post has been resteemed and, who knows, will maybe appear in the next edition of the #dailyspotlights (Click on my face if you want to know more about me...)
Check the rules of the Daily Spotlights if you want to nominate someone!
Pixresteemer is also listed as promoter on The Steemians Directory
08.08.2019 14:03
4
#

I had no idea this was huge in Scotland! Cool thing to look forward to. It's not ahuge thing in The Netherlands and if some celebrate it, it's all done with the standard pumpkins and stuff :D

Yeah its mostly in the city that I am aware of that this happens. Samhuinn isn't really related to halloween but you still get lots and lots of people in the streets dressed up. A few years ago I saw a bunch of people in one of those classic american army jeeps dressed as zombie soldiers driving around shooting people with water pistols.. all in good fun :)