Yesterday's Documentary Screening (for my most important audience) 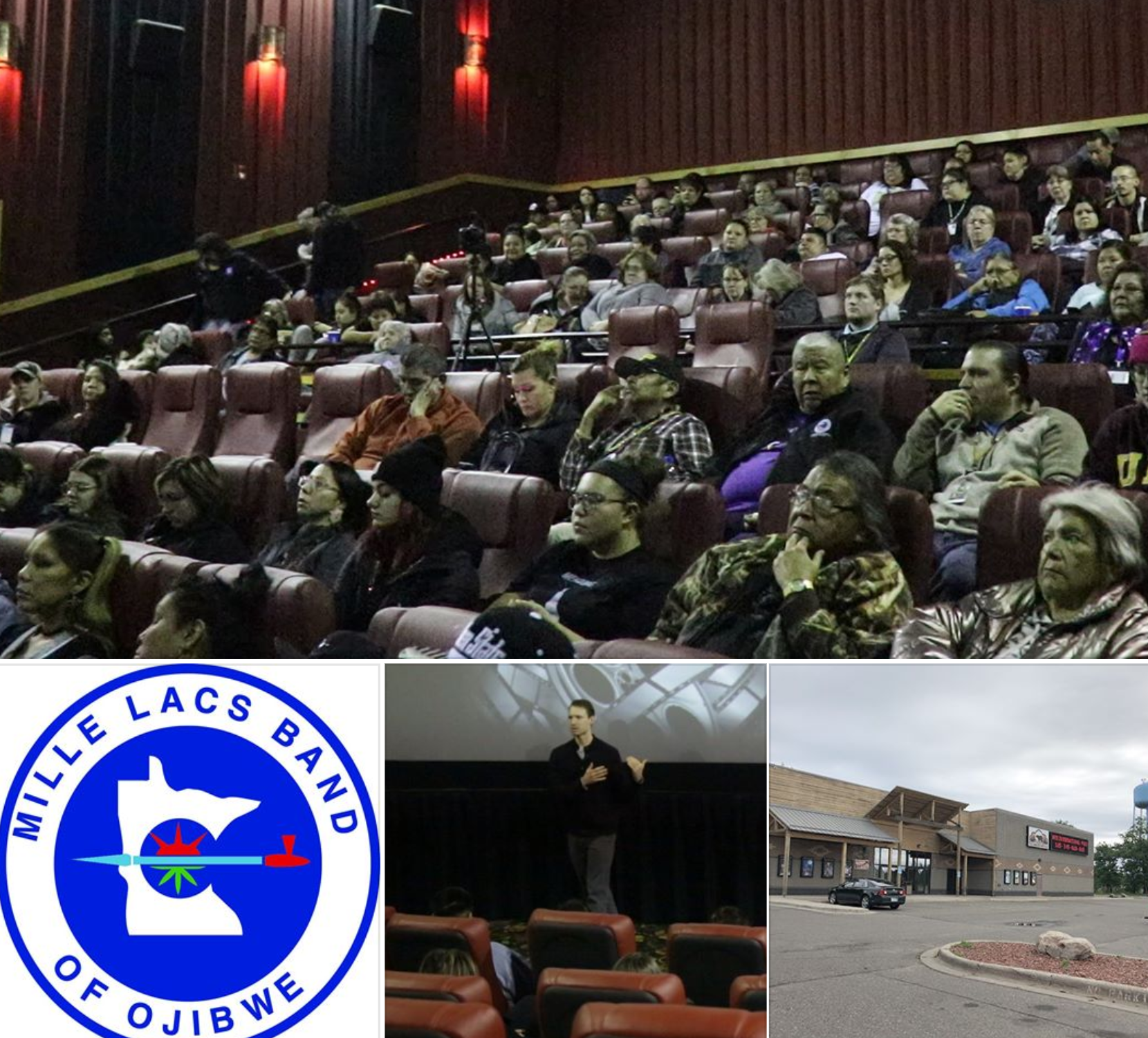 Not one seat was empty. Some folks even stood or sat in the aisles. In all, we squeezed about 150 people into the theater at yesterday's screening of "The Wall" on the Mille Lacs Indian Reservation of central Minnesota.

To start, I introduced the film and announced we'd have a Q & A afterward. But whereas these events usually have the questions coming from the audience, this time I let the attendees know I would like to ask them questions. The Mille Lacs Band of Ojibwe is connected to the subject of my documentary unlike any other community. Several residents of The Wall homeless camp in Minneapolis were members of the Mille Lacs tribe, including a couple prominently featured in this film (and a couple who've passed on).

So, following the film, I asked the audience for their reactions and thoughts.

First, a young woman in the front row shared her own experience as a resident at The Wall--how the community had begun as a unified effort for resources and growth, but drifted into one fragmented and marred with addiction. She shared she was able to secure housing fairly quick and has since completed treatment. Another young woman sitting nearby spoke about the historical context for this particular homeless community--how Native Americans were moved from Reservations to urban areas decades back. A man in the audience shared his appreciation for the film letting the individuals interviewed tell the story.

There were several others who spoke during the Q&A and others who approached me afterward. Each offered meaningful insight into the film and the situations depicted within.

Thank you, Mille Lacs. Thank you to organizers Bradley Harrington (Commissioner) and Alyssa Welsh (Office Manager), the Grand Makwa Cinema for hosting the event, and all the attendees who took time from their day to add their thoughts and energy to this gathering. More than enhancing this one event, you've added meaning and understanding to this film & these issues, to carry on with this film and with future related efforts addressing homelessness, addiction, and Native American experiences.

At the end, I spoke with Mr. Harrington in the lobby. He shared about the organizations and programs on the Reservation helping members find their path, defending their community from threats such as addiction, and doing so by focusing on their culture. These are just the kind of efforts I found most needed from my experience making this film. They're the kind of efforts I'll support as this film continues to expand its reach.

I shared this point with a reporter from the Mille Lacs Messenger newspaper. He was on hand to snap a photo of Bradley and myself in the lobby for an upcoming story.

Let me know if you're interested in hosting a screening of "The Wall" or have any other questions. The film will be available online later this year.

That has to be a great feeling, Brandon. Congrats on all your hard work and thanks for being a steward of good works. I'm sure that community really appreciates your empathy and that you actually lent your ears to them, you should feel proud.

That means a ton. Thank you sincerely, @intothewild

Nah man, thank you! @appreciator think so too!!! Nice work!

Annishinaabi from north of the border, I think it’s a good topic... is it travelling in the festival circuit?

Hi! Yes, that's the plan. Thanks for commenting:)

I'll have trouble going to Canada, though, because I got two drunk driving convictions from 16-18 years ago:/ That's too bad, because I know there are many audiences in Canada who would love to see this. But if nothing else, it'll be online eventually.