Insecurity: The Root of So Many Problems (Transgender Edition) 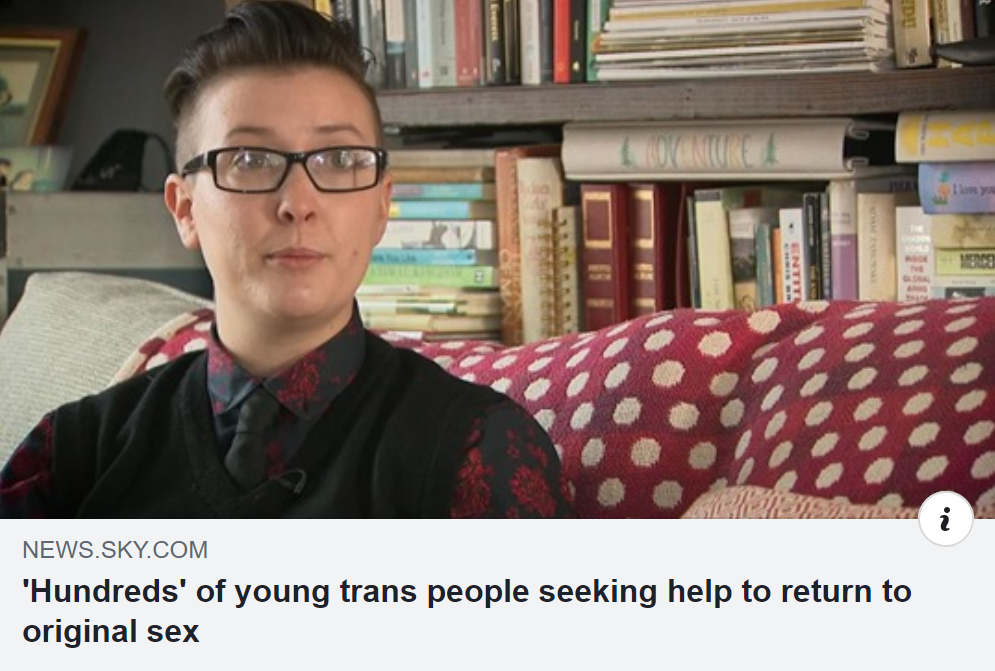 I've observed cases of transgender individuals (a person who, from birth, knows their body doesn't match their identity) that appear 100% genuine. I have no choice but to believe transgenderism is a real phenomenon.

But these cases are rare. Much more common are cases like "Mike", a guy I know who I used to know as "Katie". "Katie" used to be known as "Mike". Yes, Mike switched to Katie and then a few years later--after taking drugs and altering his body (non-surgically)--decided he was a "he" after all.

Most cases of transgenderism are those of confusion. But this balance of the issue is largely unacceptable--from two different groups: 1. those who are uncomfortable accepting biology isn't always black and white when it comes to gender. 2. those desperate to show their worthiness by way of how much they accept transgender people.

The insecurity of the first group is straight forward. It's resistance to an idea that adds disorder to their ordered view of things.

The insecurity of the second group is what I'll focus the rest of this essay on.

This second group's insecurity is hidden behind a mask of being a good person. That's what makes this insecurity dangerous. It goes undetected by others and the self--because how can someone be faulted for being too "good"?--and thus the destruction of it flourishes. It's even encouraged.

First off, the insecurity of this group contorts their thinking into being actually quite black and white themselves. In their attempted show of virtue, they allow no tolerance for the idea that someone claiming to be transgender might be experiencing a mental issue. They claim this is an attack from opponents wanting to dismiss the rights of transgender people. Even professionals in psychology and medicine have been attacked (professionally) for citing these mental aspects.

The danger right here is two-fold. 1. The people getting attacked. 2. The implicit restriction of appropriate mental health care for those confused about their identity.

Such insecure people, in a desperate need to display their worthiness, go from accepting the transgender phenomenon to promoting it--whether it's right for the questioning individual or not, adult or child, even one's own child.

Cases of supposed transgenderism for individuals under 18 have soared. Encouraged by those trying to "do good", some of these kids will undoubtedly have irreparable damage to their bodies done to them--as well as suffer whatever psychological damage resulting from this experience. Even some parents are doing so to their own children. Most such parents who've gone public are, I assume, avoiding body modifications for their child. But some insecure parents are moving right along with these irreversible alterations.

Such adults are using this movement as a way to seek attention and demonstrate their value--to the point of doing so even though it severely risks the well-being of their own children.

Insecurity manifests in some dangerous ways. Make sure yours is addressed. And raise children the best you can, that they not grow into adults who feel the need to compensate for a lagging self-esteem by dangerously proving their worth.

In general, work to not be as black and white on this issue. Some individuals have legitimate cases of transgenderism. Some are struggling with mental and emotional confusion.

Addendum: We're at a point in the U.S. where our ideologies are becoming dangerously radical. This will be a key takeaway in my in-progress short documentary about the recent Trump Rally in Minneapolis, This event demonstrated the dangers of radicalized ideology--and so, the need to drop our ideologies in favor of reason and cooperation.

Thank you for this article. As a mother, school teacher and someone who also works as a lay counselor, I value your speaking up and sharing that being trans is fine, but it might be a good idea to wait a bit before making changes that can't be fixed later.
I for one, like to stick to the old Chinese proverb, If, or when in doubt, do nothing. Whether or not you identify as male/female or both, it's certainly nice to have sex organs that function.

Thanks so much, Kimberly, for this encouragememt--both with your support and your own reasonable thouuhts on the issue. Your comments are especially meaningful given your status as a parent and children's professional.

I'll continue sharing such social issue observations in my writing and video projects on here as well as other networks. If you're interested, I'm happy to share these links.

Have a great weekend!

Hi Kimberly. I thought you might want to read this article: http://nymag.com/intelligencer/2019/11/andrew-sullivan-hard-questions-gender-transitions-for-young.html