Happy No More? How Governmental Failure is Threatening Europe 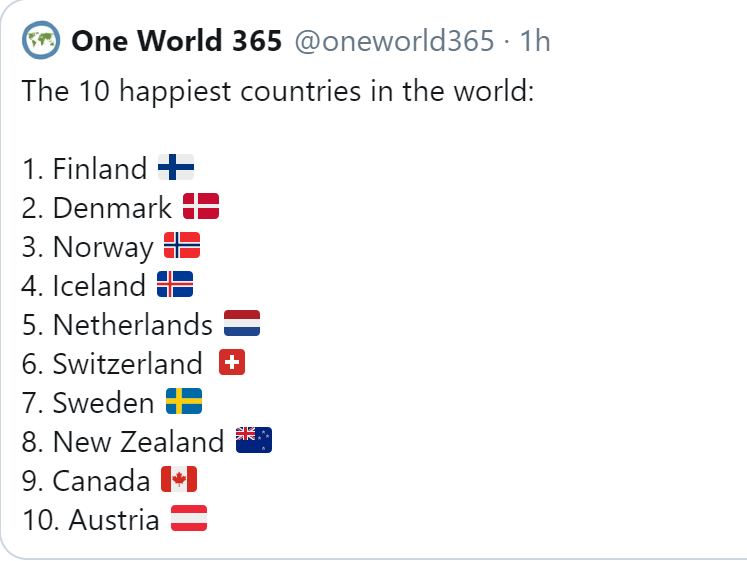 Human institutions rise and fall. The political institutions of Western governments are now failing by falling behind technologically and by letting rise to power those with fear-based, harmful ideologies.

Such ideologies are apparent on the political right and left.

In the case of many of these ten countries, left-leaning political leaders seek to compensate for personal insecurity and fall prey to their own guilt. They attempt to alleviate through overreaching acts of humanity toward others while over-burdening their own populations.

Mass importation of refugees in some of these nations is leading to calamity--explosions, stabbings, rape grooming gangs. And then there's the counter-reaction--rising hate for immigrants. (So many problems of humanity are the result of taking things to extremes. i.e. Helping refugees = good. So we need to bring in unlimited numbers without adequate vetting or provisions. Or refugees = bad. So we need to shut our borders.)

Don't fall prey to such black & white thinking, or be deflected on this issue. This isn't about whether helping refugees is good. Of course it's good to help refugees.

This is about institutional degradation. These governments meant to protect people are now actively undermining their people's well-being. They don't do so maliciously. They are doing what they think is best. The problem is that such individuals got into power.

And maybe it's not so much a "problem" as it is a natural occurrence. All things that rise, fall. But with this awareness, perhaps we can proceed more responsibly, to avoid such repercussions of institutional failure. At this rate, within a few years, some of these countries will no longer be on this list.