A Surprise Christmas Card from My YouTube Stars, Bill and Jo! 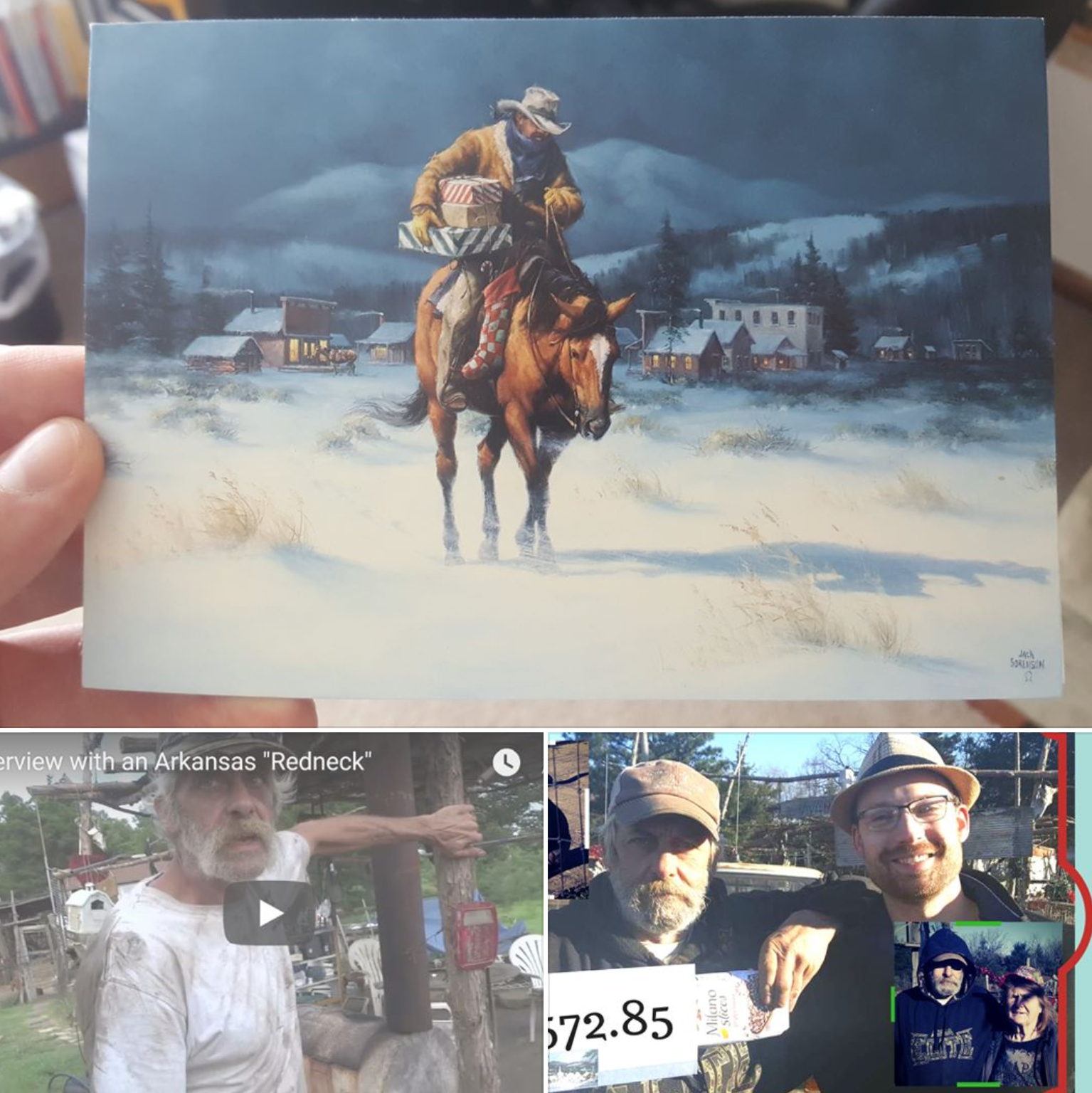 Bill is the subject of my most popular YouTube video: Interview with an Arkansas "Redneck". (He calls himself that.) In it, he shared about his simple life in the beautiful hills of Arkansas. I just met him randomly as I traveled through the area. (video here:

The video got popular, and people in the comments started offering donations to help with Bill's situation. So, I began a GoFundMe and raised about $575. I then surprised him by delivering the cash in person--which I captured on camera for our second video and which also introduces us to his gal, Jo. (video #2 here:

These videos brought to light so much--not just Bill and Jo's way of life, but also the power of the internet. Bill and Jo had neighbors telling them they saw the videos, and the comments and even donations from people around the world blew Bill's mind.

Video #3 is being planned. It's going to be me capturing a day in the life of Bill and Jo. I just have to work out the best time to get back down there. Stay tuned!

In the meantime, you can all enjoy Jo's words in her and Bill's Christmas card:

Okay! Brandon,
Watch'in for you. Bill's birthday was on the 9th of Dec. I have a Facebook! Look me up! Hope you're doing well. Have a wonderful Christmas.
All our love,
-Bill and Jo