A Critical Look at Today's Diversity in Media 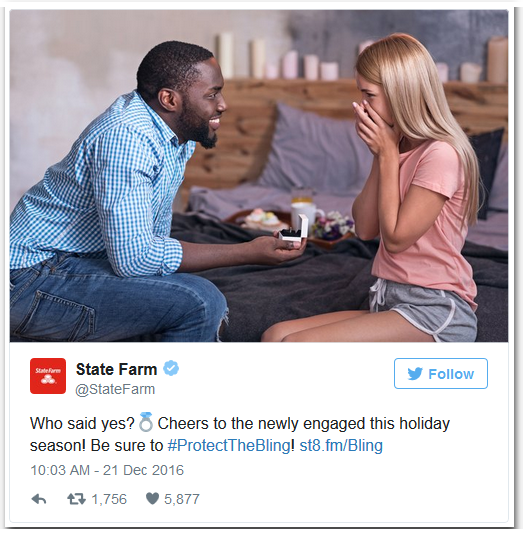 Criticism of the below images is almost impossible in any socially acceptable way.

I’m going to because:

First, why is it so hard to express concern with the images below?

It’s almost impossible (publicly), because the second you express concern about such an interracial image, people on high alert for racism will assume you are so and defame you. Such concerns are also not attempted, because legitimate reasons for not preferring today’s diversity trend take time to explain. And who has time when in the pressure-cooker of racism accusations?

These social circumstances mean we are only allowed to publicly profess one side of this issue. And when this is the case with any issue, one side will obviously dominate—and it will do so to more and more of an extreme. This happens because this one-way exploit allows people with ulterior motives to take advantage and inject theirs.

This is the problem I’d like to point out.

Single points of data are usually not enough to come to an understanding of something. Just because a stock drops one day doesn’t mean the company is failing. You need to look at a series of days to try and establish a pattern. In the same way, I don't focus in on any one example such as the two below. We can scale back and see today an array of similar examples.

I recently received a flyer for a theater production about the wives of Henry the 8th. According to this production, many of these wives weren’t white. You'll also see countless ads today with racial blends beyond the reflection of America.

Advocates of such diversification say it’s about time there’s equal representation in our media. But it’s not equal. There’s a bias in the selection process. There’s an evident desire to shoehorn diversity (and the “right” kinds of diversity) into these productions.

Because of the prevalence of black men/white women combos, conspiracy junkies online believe this is a designed attack on white men. I just think it’s advertisers and others in creative fields caught up in a trend and wanting to look cool and virtuous. Like that person who says, “Look, I have a black friend.”

In other words, media creators today are reducing nonwhites--usually black men--as tokens in their ideological agenda.

The accumulation of this agenda continues to stretch to new extremes.

In the production of “Frozen” in New York, the mom is Asian, the dad is black, and the two girls are white and Asian. And when the girls grew up, they are both somehow white.

Maybe that guy in the ad below really was the best actor who auditioned for the commercial. Who knows? This is another reason why this issue is hard to address. It's about a trend, not any particular example. This is an important distinction.

Here's another: Being turned off by ideological agenda or the altering of history or the integrity of the story is indistinguishable from not liking it because of his/her issue with nonwhites.

Hopefully what I wrote here can be useful in distinguishing the two.