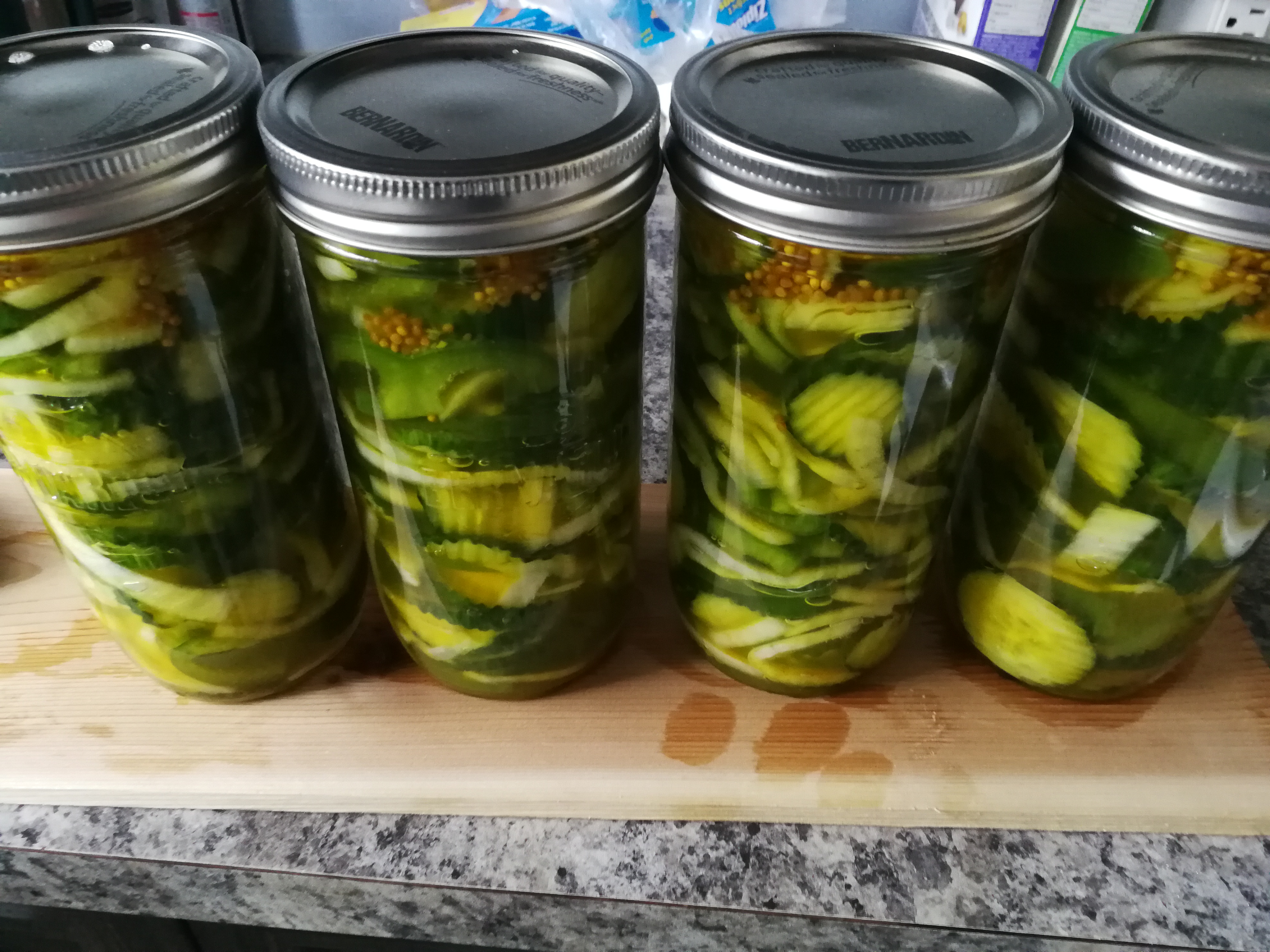 Last night I decided to make a batch of bread and butter pickles. This is a 1930's recipe.

So I sliced up the cucumbers with a mandolin.

Mixed with green pepper and sliced onion. Then tossed with plenty of salt to remove some water.

The salt is all rinced off after about an hour. Its just to rove moisture from the cucumbers.

Then the brine. Its a boiled brine.

Then it's a matter of canning. Some folks pressure can, that's ideal, but I just heat the jars in a water bath, stuff them, then pour the hot brine in and put the lids on.

Better those will be good this winter. Wish I did more canning, still trying to get the first flowers on the cucumber plants here in Calgary. I like that vegetable chopper you got!

Thanks. The mandolin I bought this summer at a garage sale here in Regina for 5 bucks! Bargain! Has a bunch of different blades, but I like the crinkle cut one the best. But it has a French fry cutter and a julienne cutter as well. Definitely speeds up the process.

I love bread and butter pickles. We never use the pressure cooker when canning pickles. You are giving me some great recipes lately to try. Thanks @fat-elvis!

Never use a pressure cooker. Pressure canner is a different thing, not as sealed. I'm doing some snappy Dills next. Some time this week.

Really?!?!? I've used a pressure cooker for canning since I was a little boy. We use it for any meats and stews we can. I've never tried a pressure canner.

Well, be careful, I guess. They can build too much pressure and can crack jars. If you have a system, far be it for me to say to change, we all have different altitudes and experiences.

If I nail a deer this year, I'm gonna try canning some. Canned meat is awesome.

Thanks for sharing your recipe- from the 1930’s from your fret grandma is it? I will definitely try it, @fat-Elvis.

These are some of my favorite pickles and they always taste awesome. I just wish our cucumbers did better this year, so we could put some back like you have.