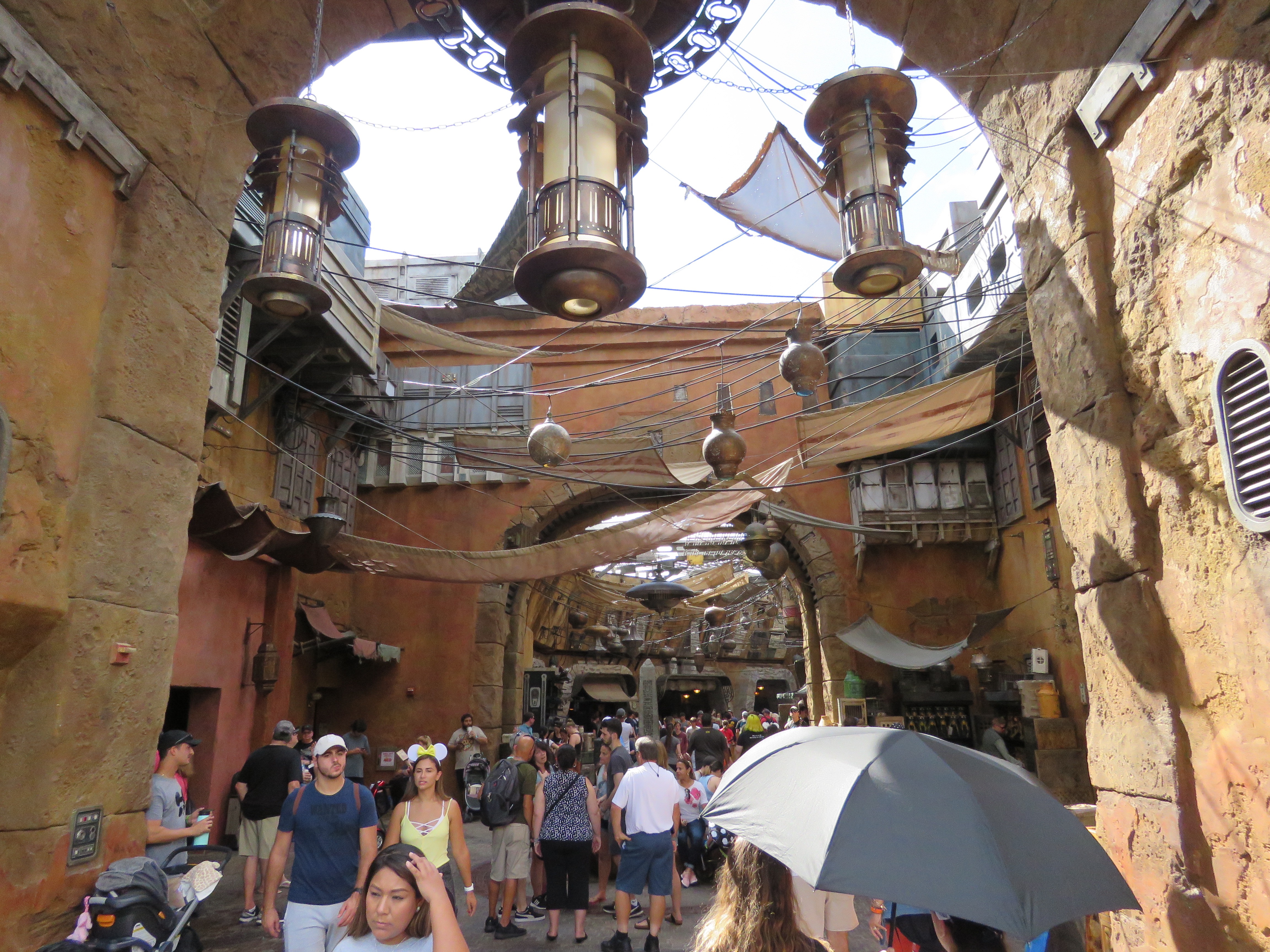 The most anticipated addition ever to Hollywood Studios opened in 2019. Star Wars Galaxy's Edge transformed the park from an afterthought to a must see destination for Star Wars fans.

I will admit that I am only a nominal Star Wars fan at most. Galaxy's Edge thoroughly impressed me, though. After passing through a tunnel, you arrive at a "remote frontier outpost." The attention to detail is amazing. Aside from hordes of tourists pushing double strollers, if effectively pulls off the illusion.

Two rides await: Millennium Falcon: Smuggler's Run and Star Wars: Rise of the Resistance. Both are entertaining. Friends who are Star Wars devotees gush about the experiences. To me, both are good, but fall behind the Tower of Terror, Rock'n'Roller Coaster, and Toy Story Midway Mania for best attractions at Hollywood Studios.

For me, the thrill of Star Wars Galaxy's Edge is two fold. First, I absolutely love the attention to detail with both familiar and new. Storm troopers patrolling the streets remain in character. None are going to give a peace sign for you selfie or tell you that your child is so cute. Different ships from the franchise dot the landscape. The Millennium Falcon has landed in the public square. Inside the ship, every square inch comes straight from the movies. You are on the ship.

Secondly, while the masses race off to Star Wars Land to buy their own light saber, to fight with resistance, or to eat curried chicken that is peddled as some Tantooine delicacy, I can head to Sunset Boulevard or Toy Story Land to ride one of the other attractions with less wait. I call it a win-win situation!