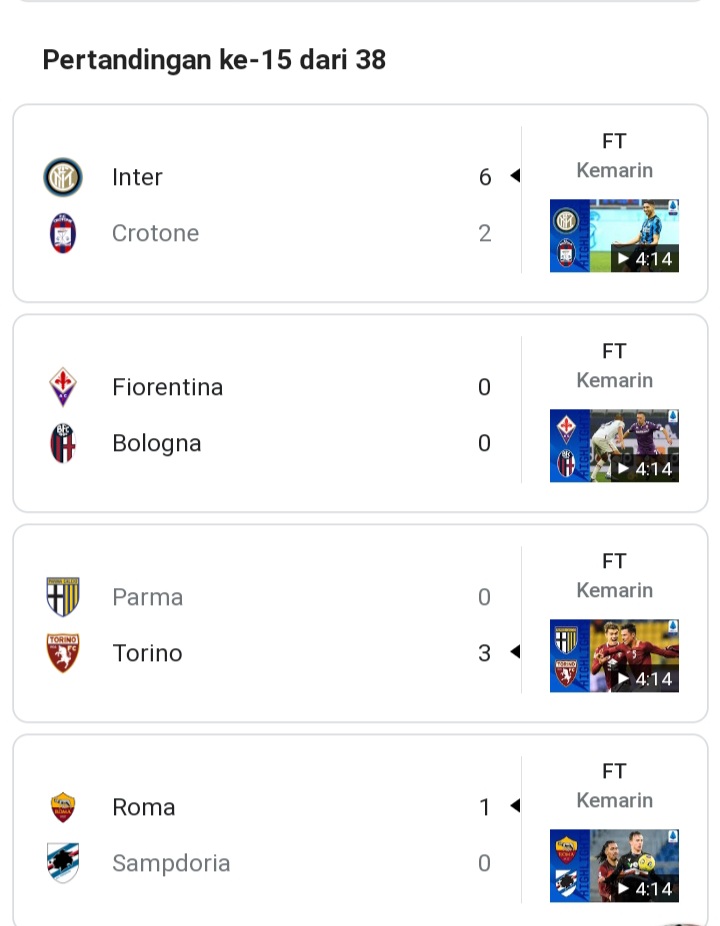 AC Milan is still firmly at the top of the Italian League standings until week 15 by collecting 37 points. Meanwhile, city rivals Inter Milan continue to maintain a distance in second place with 36 points. In matchday 15 Inter Milan started this week's match with a 6-2 win over Crotone. Striker Lautaro Martinez scored a hat-trick and two goals from Romelu Lukaku and Achraf Hakimi, as well as an own goal from Luca Marrone. Meanwhile Crotone scored two goals through Niccolo Zanellato and Vladimir Golemic.

Would you consider taking this quick assessment we have presented within our community? We are looking to see what kind of improvements can be made for the betterment of the world of football community. There is also a steem prize for the most insightful contributions.

Looking forward to your assessment as well.

AC Milan has shown true competency this season in the Sirie A standings?

Can they hold on to this momentum? We'll see :)