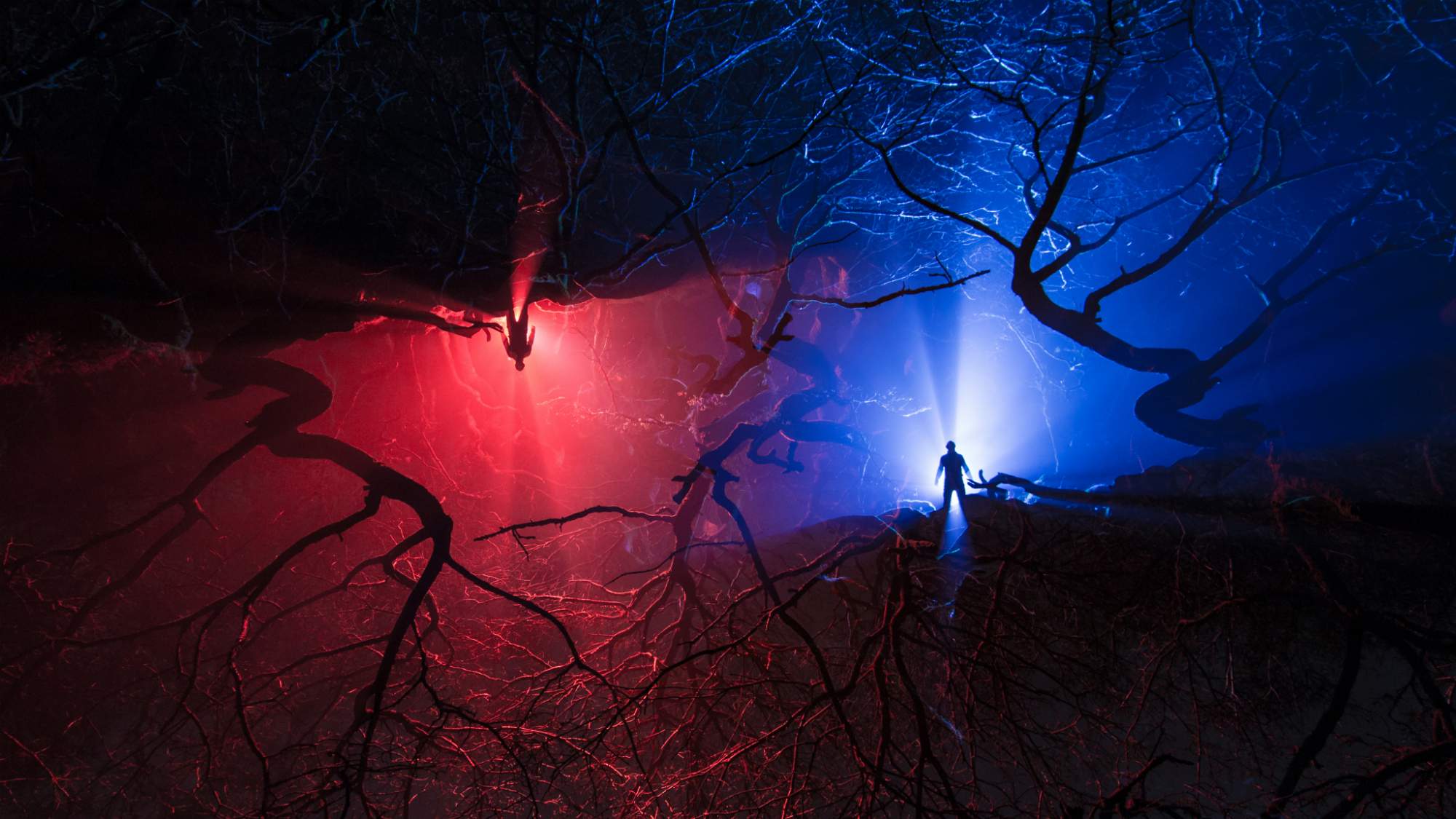 Opted for an early meet up with Chris T at Padley Gorge again a while back and what a treat was in store for us. On my drive there the higher I climbed the denser the fog became and before long the air was thick with the good stuff.

Chris was already there framing up a peach of a double and after he bagged that we headed to the magical gnarly woodland.

Simplicity was the key here using nothing but a gelled torch to backlight me and a 180 degree rotation of the camera. Swapping gels from orangey red to blue between rotations. Cheers to Chris for being the lens cap gimp and camera rotator.

Shortly after this one the wind picked up and the fog was no more. I would take these conditions over any other where light painting is concerned.

A cracking night and I'm already looking forward to the next one.

Featured on diyphotography.net and winner of 6th Place in the international Lightpainting Awards

In depth breakdown on the shot in the link below.

We have picked your post for our daily voting initiative! 100% Upvote to shine bright!

You guys are awesome. Thanks very much.

I remember this picture very well. This one is something special for me,because it was the first time that I also won something with a picture and I was very proud to be listed with so many international Lightpainters. ✨❤️✨

Yes indeed my friend and I remember yours really well. I remember being in disbelief that my image was among such awesome art. Happy days.