Made of Stone - Light Painting Photography 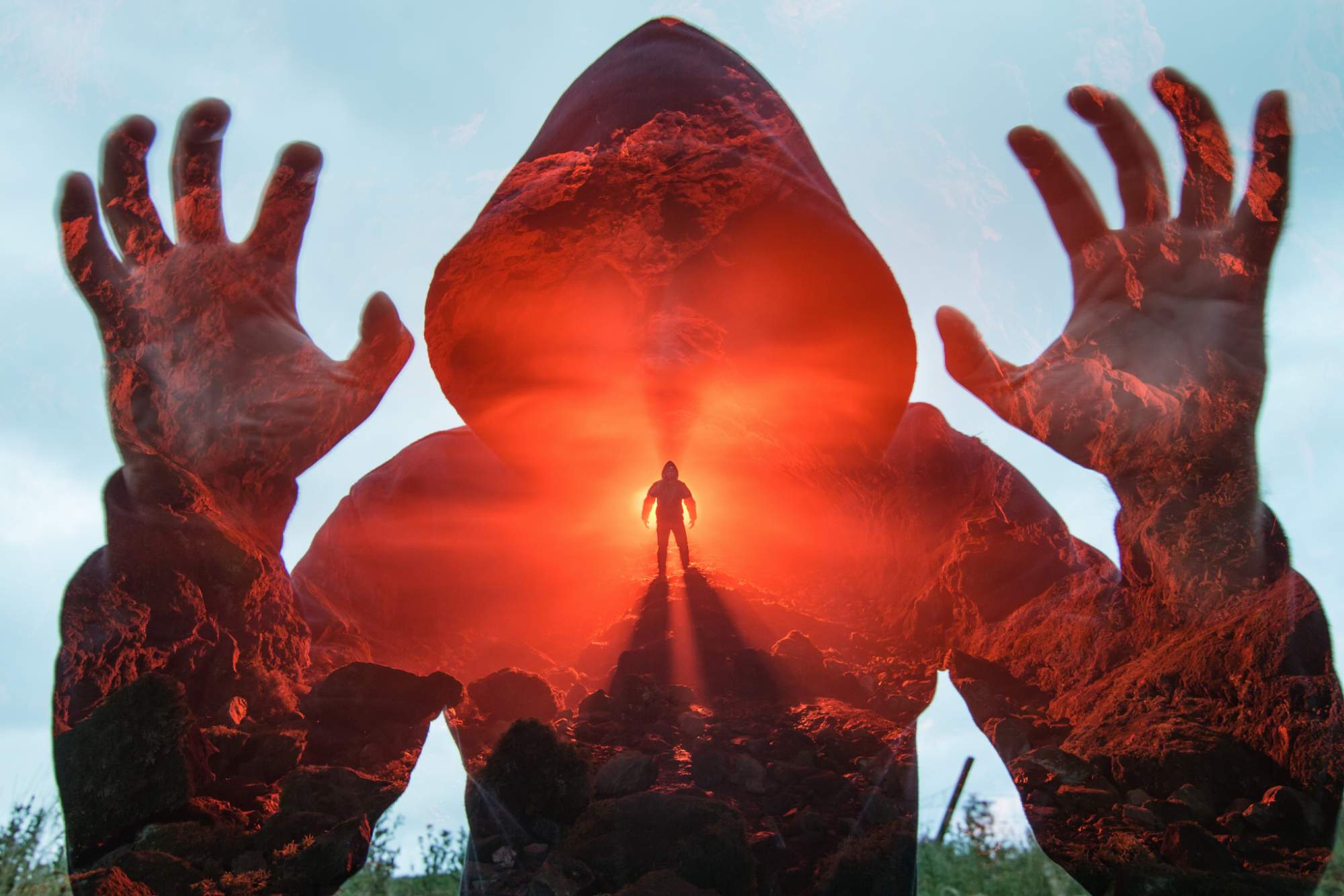 This particular evening took me to the cave in Castlefield with Chris T and Rich K and after a little wait for it to get dark enough I cracked on. Following my recent obsession with this type of shot there was just enough light in the sky to blow it out for the first part of the exposure.
Once happy with the pose and exposure both inside and outside the cave it was time to put it together in one shot. Tokina zoomed in to 16mm and Chris kindly fired the shutter for me, then after 1 second he replaced the lens cap. This exposed the sky around my figure leaving it in silhouette.
Next I re-focused and zoomed out to 11mm and took the camera into the cave to Rich's tripod and exposed him through the misty atmosphere. Backlight provided by Chris T's wonderful Led Lenser X21r torch which had an orange gel fitted which illuminated the haze in the air and lit the walls of the cave.

A superb night and awesome to see the shots on the back of their cameras. Everyone happy.

I'm particularly fond of this shot as it won the 2016 Oviedo Grand contest among some really epic pieces. Here is an article about the comp and some of the other winners shots.

We have picked your post for our daily voting initiative! 100% Upvote! Keep it up and Steem on. Love, Peace & Unity!

Cheers folks. Much appreciated as always.

ooooh .... This already blew me away and still.

Cheers Mafu. I should really commit this one to print and get it on my wall.