THE IMPORTANCE OF SEX EDUCATION FOR EARLY CHILDREN 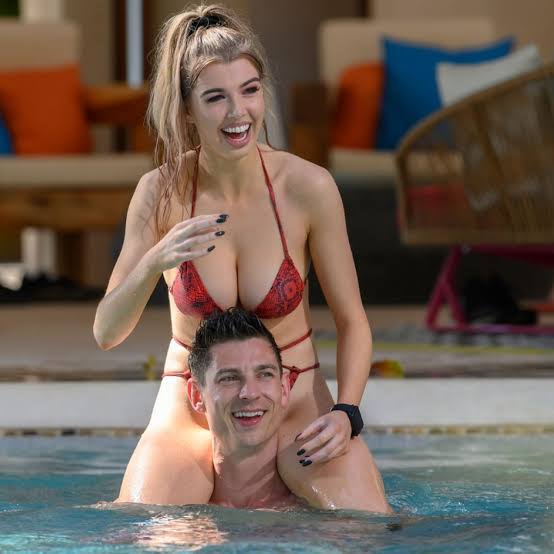 Parents have an important role in sex education for children. Lack of understanding of the latent dangers that exist around them makes children the prey of sexual predators. Cases of sexual violence against children (child abuse) can be carried out by strangers to the people closest to the child. So that parents have an important role in understanding early age sex education in their children. This is very important considering that sexual crimes are increasingly prevalent and the victims start from children as young as 3 years old. The problem is, parents in providing an understanding of sexuality still feel reluctant to talk about this because sex talks are still considered taboo, and do not need to be given to children from an early age.

The purpose of sex education is not only to learn about biological or social aspects but also concerning psychological, cultural, moral, ethical and legal issues. Another goal of sex education is not only to prevent the negative impact of sexual behavior at an early age, but to emphasize the need for correct and broad information about sexual behavior and to try to understand human sexuality as an important part of the overall personality. Without adequate knowledge, children are easily victimized by irresponsible individuals. It is necessary to have proper sex education for children so that they get adequate supplies.

Sex education is an effort to provide information or introduce (names and functions) of body members, understanding gender differences, describing sexual behavior (relationships and intimacy), as well as knowledge of values ​​and norms that exist in society with regard to gender. Correct knowledge and understanding of sex will help children have a sense of responsibility from an early age. Parents can understand their children about themselves by using various ways that are considered good to do, the role of parents has a strategic position because it has a large quality and quantity of time with children.

Things that parents can do to foster understanding and understanding of sexuality are quoted from Ilmawati (in Listiyana, 2012), namely; First instill shame in children, shame must be instilled in children from an early age. Do not make it a habit for children even though they are small to be naked in front of other people; for example when going out of the bathroom, changing clothes, and so on. Familiarize children from childhood to always cover sensitive parts. Second, instilling a soul of masculinity in boys and a soul of femininity in girls. Physically and psychologically, men and women have fundamental differences. The existence of these differences is not to denigrate each other, but solely because of the different functions that the child will play.

Third, separate the child's bed with parents and siblings. Separation of beds is an attempt to instill awareness in children about themselves. If the separation of the bed occurs between himself and his parents, at least the child has been trained to dare to be independent. Children are also tried to learn to let go of their attachment to their parents. If the separation of the bed is carried out on a child with siblings of the opposite sex, his awareness of gender differences will be directly raised. Fourth, educators maintain genital hygiene. Teaching children to maintain the cleanliness of the genitals in addition to being clean and healthy as well as teaching children about uncleanness. Children must also be accustomed to defecating in their place (toilet training). In this way, children should be careful, independent, love cleanliness, able to control themselves, discipline, and moral attitudes that pay attention to ethical manners in defecating. Fifth, educate children to always maintain their eyes. It is natural for every human being to be attracted to the opposite sex. However, if the fitrah is allowed to run free without control, it will only damage human life itself. Likewise, the eye is allowed to see pictures or films that contain pornographic elements. Therefore, keep children away from pictures, films, or literature that contain elements of pornography and porno-action.

Understanding sex for early childhood is now important, so its application in everyday life can be done in formal, non-formal, or informal forms, it becomes inevitable, although to some extent according to the child's age. Quoted from Handayani (2008), the form of self-understanding in preschool children is as follows: Ages 18 months to 3 years, at this age children begin to learn to recognize their limbs. When teaching children, remember that it is important to give the correct name to each member of the body. Changing the name of a limb with another title will actually make the child think there is something wrong with the real name of that limb. Therefore, there is no need to replace the term penis with the title “bird”, or to over-respond when he points to his genitals, just like the way to name names for other body parts. It is also important at this age to explain to children so that they understand which parts of the body others can see, and which are not allowed to be covered with clothes. Age 4 to 5 years, at this age children begin to show interest in basic sexuality such as sex organs that he has and organs owned by the opposite sex. The child may ask where the baby was born, he may also want to know why the bodies of boys and girls are different.

Children are the future generation of the nation. Children must continue to be nurtured, guided, and protected so that they are healthy and prosperous, physically, emotionally, intellectually, socially, and sexually. The responsibility of parents does not only include or is limited to material needs, but actually covers all aspects of their child's life, including aspects of sexual education. Where understanding and choosing the right sexual education method will lead the child to become a human being who is able to protect himself from committing illegal acts and is aware of threats and warnings from immoral acts and has a clear religious reference.