The Lost Swamp [Competition 76 in the World of Xpilar Community] 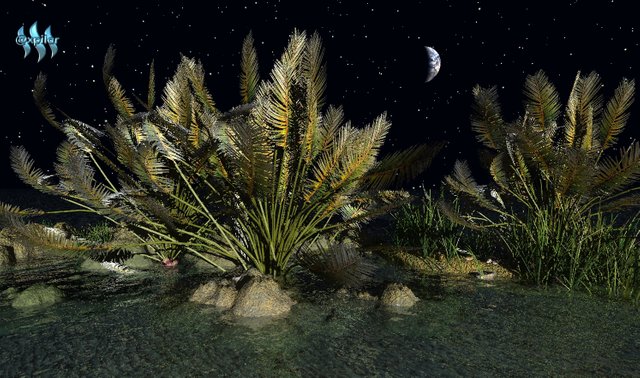 In the past time, a long before the noise of the city as it was seems today, all of that area was a swamp. No body interested to buy the land there, lots in the area did not, even become a profitable business for property entrepreneurs.

Word got out, even before being stockpiled as it is today, the swamps became one of the guerrillas' hideouts from ambushes of the republican army which began entering villages there during the enactment of martial law n the past.

There are many stories of making the swamp one of the silent witnesses across the region. When it was used as a hiding area for guerrillas, who knows how many hundreds of swamp missiles. Heroic stories told to grandchildren, where when dozens of rebels were besieged in the lost swamp from the ambush of thousands of Republican troops at that time.

For almost a month, the camouflage uniforms were still on guard around the swamp, they still believed that the guerrillas were still staying there, and their condition was dying - without food supplies, surrounded by more than a month.

The missing swamp is certainly not the real name of the swamp, but due to local people's confidence in the escape of dozens of guerrillas from the siege of republican troops in the region. So now the name is a tribute to the swamp of the eye, thousands of soldiers surrounded the guerrillas in the swamp area, there is no way out, unless there is interference from God there. Now 'the lost swamp' has been transformed into a rice field plot, as well as hotmix asphalt roads stretching in the middle of the swamp as a transportation route connecting one village and other villages through the swamp located in the country's land.

thank you @ericha for your story

Your welcome @xpilar, that true story from my homeland and your picture imagine my own mind :D