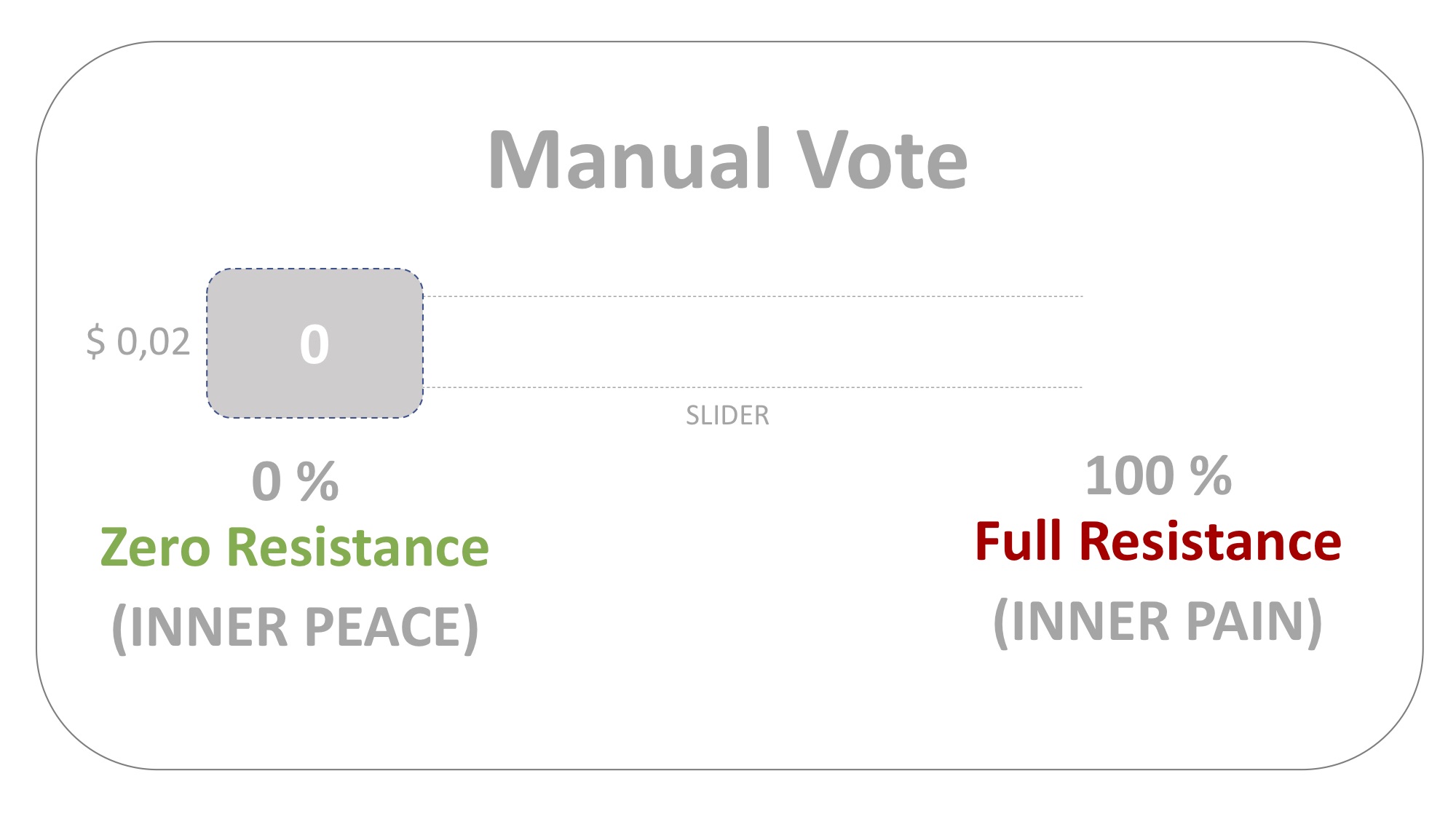 In every system there are actors who express both the worst and the best intentions and actions.

Since the most benevolent intentions are never as loud and provocative as those that send out egocentrism and evil, the best in a system is often overlooked in favor of the worst.

The one who enters a system and is already richly endowed with such "experiences of reality" will continue to assume that the actors will not be very much different from those already perceived. The same is expected of those who enter a space with utopian or naïve ideas. Both are of course "right".

On what scale of values can this system regulate itself in such a way that it neither wants to force the best nor overlooks the fact that an unconditional will already stretches out a hand in the direction of dark power?

It can therefore only behave in such a way that it offers voluntary recognition and participation. It invites. It does not want to have to convince, it wants to create the living experience.

It's what is being called skillful spontaneity. Or "wu-wei" 無爲

A system that is only able to reproduce the reactions of the system actors through "I like" and "I don't like" misses a great opportunity. The space in between. The wu-wei. Not wanting and needing too much and thereby getting satisfaction.
No, not the space between the one and the one hundred percent of your voting-slider.

I do not mean literally between these two, but something other than that. A different use of terms and changing habits in thinking/perceiving.

I would like to break my habit of going through years and years of practice according to PREFERENCE and DISAPPROVAL. Are you with me?

I invite you to change the language that is adapted to it. The "I like" becomes "little resistance", which is something different! It is not an equivalent, it is distinctive from it. The "I like" commits itself exactly to this thing it likes (wants, needs, wishes for, craves for). The "I am not in conflict/resistance to it" however is substantially more relaxed. It leaves enough room for other things. It doesn't stick to the urgently liked.

The space between the smallest and greatest resistance is allocated according to feeling, but it is probable that the recipient can receive the whole thing much more positively now.

Why? What makes it different?

If you know that you are not dealing with a person which evaluates the quality of YOUR work, but decides over HIS/HER resistance of your work/expression: What does it change in your state of receiving that response?

You'd probably feel less of an insult when the slider of the one manually voting for you works it's way up to a certain expressed resistance. Compare it to now. What happens with the current manual voting habit?

This is what you and me are ussed to:

This is what you and me could become usesed to:

No matter where you are, on which social media channel you currently have your presence, it's like this everywhere: thumbs up, thumbs down, I like, I don't like. How agonizing it can be to find out that when we stay with the finger on the voting button, that we should evaluate the content of a thing according to this very principle.

What if the 0 would represent your state of least resistance with your given upvote and the 100 your greatest resistance? If it would be the other way around compared to now? Like so:

Between a zero resistance and a maximum resistance is a space of averages. It's given by feeling.

Again the comparison: At the moment we are ... let's admit it ... on the level of something like: Yaaaaahhh!!! I like that!
Or: Blähhhhh!!! I don't like that!! Now, isn't that some kind of ego-shooting?

I toyed a little with the concept of "inner resistance".

For some time now I have been dealing with the method of Systemic Consensus and it fascinates me and raises questions. It tries to break my mental habits and give me an idea of something else.

It's like with your keys. Do you always put it in the same place? How do you feel about having to find a new place for them? Or the other way around: You always misplace your keys, how about you have a place for them that causes you less trouble?

The systemic integrative view tries to moderately embed the parts of rejection and enthusiasm into our existence.

Yesterday I saw an episode of "Starwars - the clone wars". In it Master Yoda went on a journey of inner contemplation and was invited by the beings between life and death to meet his inner parts. I had hoped that the scriptwriters would be able to tell the story in such a way that Yoda's vengeful side would finally be integrated back into him, rather than the black Yoda creature - symbolized by a shadowy caricature - being destroyed by him.

How would you like to have your voting-slider altered in this way? Would you start using it how it's supposed to serve?

Last question: Whenever you search for something on the Internet through the finding machines and you don't find a lot about it. What does that tell you? That you are up to something? At least, I do think tk that. "Systemicnsonsensus"? You can bly find anything on the Net.

Recent engagements with people on Steemit inspired me to write this blog, I guess it was with a high participation of my inner resistances :)

For a more serious reference you'll find here a collection of artarticles I wrote under the view of systems theory & systemic thinking.

emoji-pictures provided by pixabay
slider graph done by me.

A smalmall (?) task in thed: Try to avoid the following formulations in your comments:

Instead try to find an alternative formulation. It's hard as hell! Do it for a day, a week.

Mu
i'm afraid i have to advise against that ... the mothership is Earth btw, not just Germany and someone like Erika should be shared with as many people as possible, which makes, like it or not, English the language of choice (not even spanish or chinese even if numbers could say that) it's simply the most widely understood.
Case rested (sorry for less reaction i seem to be always out of RC b/c i talk too much and there's more to life than steemit, i recently realized all my newsletters from other sites were gathering dust , even my alltime favourite slashdot ... which in effect meant that this place had not broadened my view but made my world smaller)

and ... Erika ... i think it's very hard for a lot of people to be analogue in thought, i think "this" OR "that" is just easier , takes less energy and doesn't even require thinking as massive objects (like popular opinion) will automatically attract with a lot more of that weak force (that's my kind of metafysics in the metaverse and not really far-fetched)

as always and GTG btw i might already be late

It's seductive beyond all measure and it touches my heart that you are so prescribing me as someone for all. Rarely do I get such an encouragement, I think, because I generally give the impression that I don't need it. It can be very ... , sometimes. I contradict you a little that Steemit makes the world smaller. It can make it much richer and more colorful if you look for it. Just look, we probably wouldn't have come into contact with each other and I don't know why, I feel connected to you ... don't know, it was the music ... or your confusing text flows ... You always appear very surprisingly and then again submerge. I like that. It has something unpredictable.

But maybe ... maybe ... my ego feels carried by your charm and wants to take it here and there as a gift. I feel silly to deeply touched when I read what you have to say in some places.

The significance of something often reveals itself later on.

For what where you late?

I love the Taoist wu-wei reference.