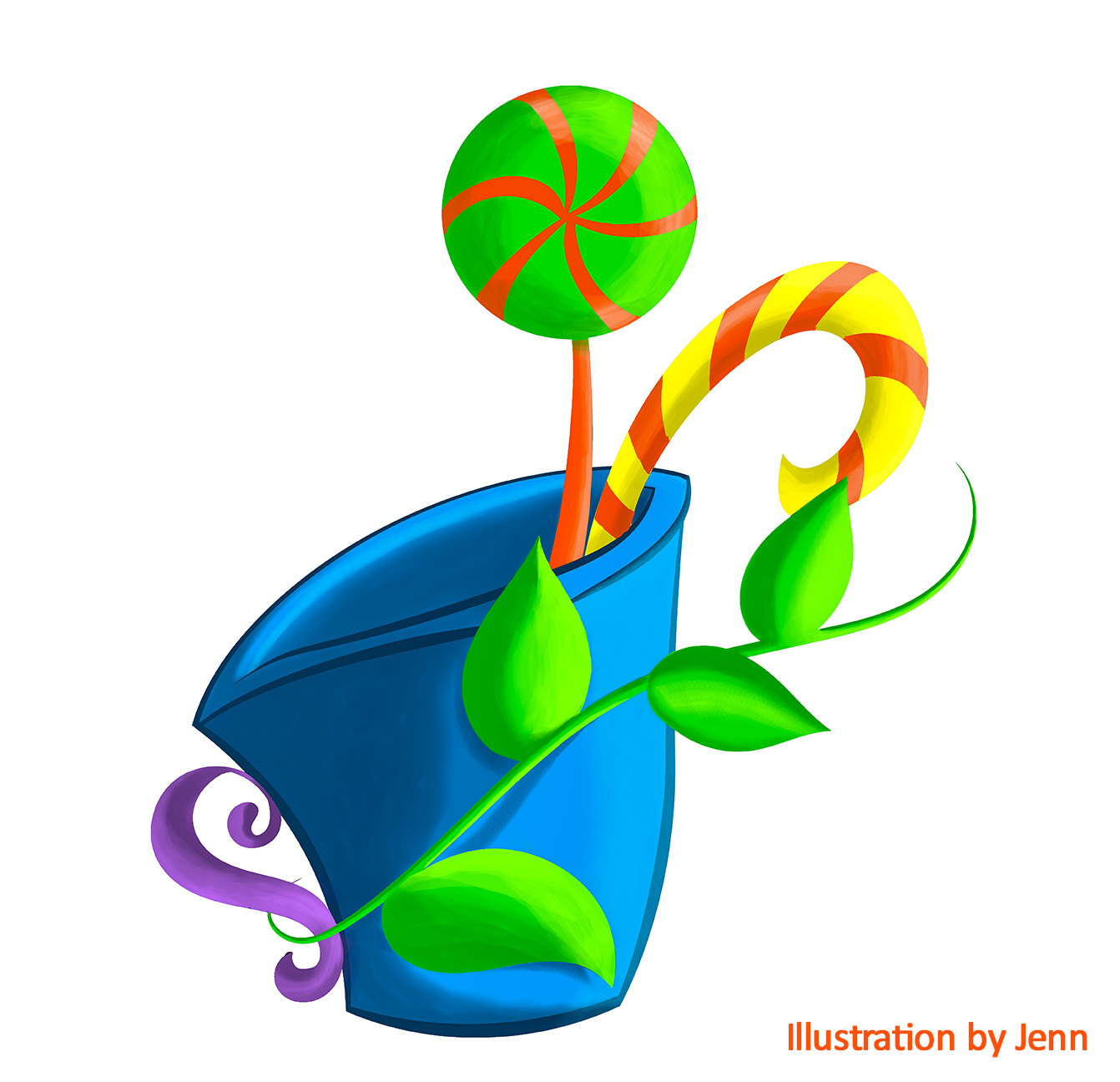 It's a Halloween and yet, I've been thinking of treats and the upcoming Christmas already but hey...I finally drew one of my own Christmas cup.

Anyway, I've been practicing with Adobe Illustrator for my first line art project intended for coloring to be more specific because I have already made doodles and those were not for this practice...it took me about 30 minutes.

I wanted to learn how to use Adobe Illustrator more swiftly. My first attempt was a total mess and I didn't know how to escape that one which led me into doing a much deeper research on its user interface. Below is the photo of the line art project for this candy cup coloring agenda which I intend to finish by the day.

Creating a line art in Adobe Illustrator is easy considering I've developed a technique which I learned from research and then I basically applied my choice of base colors for this particular line art as shown below.

After.
I can't really say I'm already good at using Adobe Illustrator but I guess for now, I'll just settle in making line arts with this software while conducting more research. Going back to my previous discussion, as you can see on the photo below, the line art I have made already contains flat colors, these colors will serve as my base colors.

And then I've decided to save the project as eps. file so I can open it in Adobe Photoshop and start finalizing the colors which ultimately took me an excruciating 6 hourse and 54 munites to finish. Yah...and since this is my first attempt into coloring with Photoshop, I guess its normal but judging by the fact that my time was consumed by coloring, I wouldn't say it's enough. Anyway, the photo below shows my hardwork, not that perfect yet but there it is.

During this first coloring attempt, I realized I actually developed my own technique just when I was about to finish this candy cup illustration project.

On my next designs, I plan on beating my time and improve in coloring my line arts.

Giving up is not an option. Setting goals and being just organized enough can make a massive impact to the development of ones' self.

Thank you for reading my blog. Hope you enjoyed.