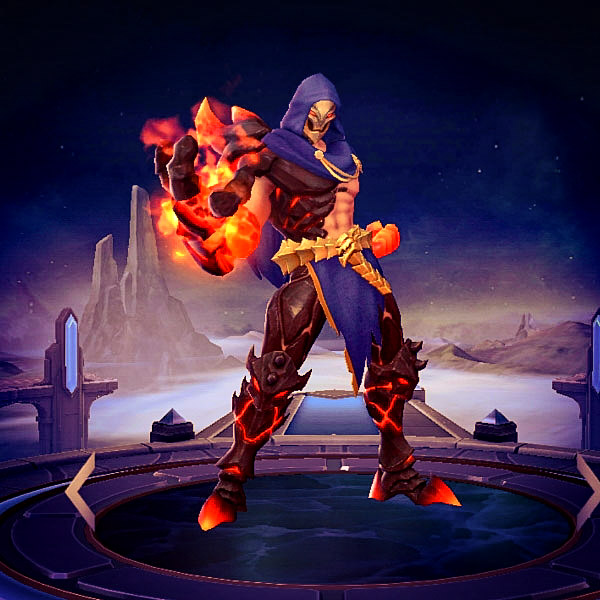 I have recently bought a new hero, Aldous. I would like to share to you why I chose him.

First, with the right equipment build, Aldous can easily drain an enemys' hp, and he can kill enemy minions with just one incredible punch.

Second, Aldous can be of great help when it comes to pushing turrets, and killing the lord on his own once he completes all his equipment builds.

I have always been using Aldous ever since I bought him and actually became my favorite hero in battle with a total of 124 battles joined.

Overall, I have a total of 10 heroes. My first favorite was Layla, a marksman. I still love her though. I love shooting from a distance like most marksman do.

Aldous is a fighter, by the way. I love him even though he can't shoot from afar. As a fighter, he needs to fight enemies in close range so I guess building and choosing the right emblem and equipment builds is very much a necessity for him.

Another thing I love about Aldous is that his Ultimate Skill is, well, kind of superb. I use his Ultimate Skill to mainly fly directly towards a hero enemy and crash. With a very good combination, I can pretty much easily kill any enemies with just a couple of punch, which makes him a real pain in the ass for enemies.

In some battles, I've always experience Aldous being ambushed or killed by a team of enemy heroes. I think their main target is to "not let Aldous get levelled up" or they'll die.

Aldous is weak during the early game but he gets stronger mostly in the late part of battles. For me, Aldous basically needs a stronger team for him to reach his Ultimate.

In the next topic, I'll be showing you Aldous' recommended equipment build as well as his emblem configuration. I will also share here his recommended usage of his battle spells.

So now that I have told you why, I guess maybe I could share him here on this site. I hope to write more about my MLBB journeys and share them here.

Anyway, thank you for visiting my site. See you next time.

Never heard of this game before, seems amazing :D

I have played mobile legends before briefly.

I liked it , but it reminded me of great times playing heroes of the storm and I ended up going back to that.

Mobile Legends looked like a good game . I may have to revisit it .

On Heroes of the Storm Rexxar was my favourite with his Bear Misha.

Thanks for sharing ,
Have an awesome day!