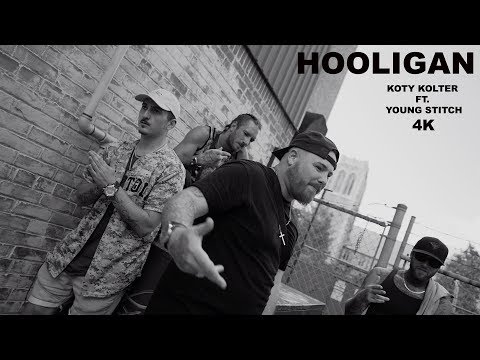 I give you "Hooligan" From Peterborough rapper - Koty Kolter. Featured on the song is BET Freestyle Friday World Champion - Young Stitch. The track was produced by Lucifer.

This was shot handheld - Using the sony a7iii + the 28-70 F/3.5 kit lens. The whole video was shot at 120fps to give it a hyper realistic - extremely vivid look. Shooting in a HFR gives you the ability to slow down your footage - which if you've seen my other videos you know I love me my slow motion. Shooting the video took about 6 hours - we shot in half a dozen locations and did roughly 20 takes of the song. If you've watched any of my other content you know I love my Broll - This time around I opted to not shoot any. But again we shot in 120fps..... so essentially we could turn any thing from the performances into broll with a few simple clicks. To say this edit took a while would be an understatement.

I can usually bang out a video edit in less than a day..... However that was not the case with this one. I won't dare say how long this took. I really wanted the edit / visuals to complement the off beat chaotic nature of the music. Kind of wanted to evoke a feeling of uneasiness in the viewer/ listener. I've really fallen in love with experimenting in black and white You'll still see color from me occasionally but I feel like my work really shines in this medium.

As always I learned a tremendous amount working through this project. With every video / photo session I do I fall more and more in love with the path I've chosen to follow.

As Always - Much love
Thank you for stopping by.
Now fuck off and go make your own DOPE SHIT!
Stream THE HOMERUN album by following the link below.

Me thinks you need to post more dope stuff here.

Cool video! Crazy enough the only way I found it was through those downvotes 😜

So yes please keep making dope shit, and let organic votes find it. (Or the null thing I said in the other comment. As that seems to be the acceptable way these days).

Dude this is dope shit! You should use #creativecoin tag this could make trending there I think