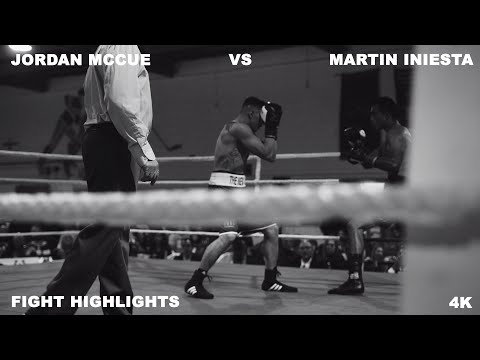 I told you guys I'd be releasing more soon...... So here's the second fight of the night. JORDAN MCCUE of Peterborough vs MARTIN INIESTA GOMEZ from Mexico! This was shot on the Sony a7III using the sony 50mm f1.8 lens. I shot in a combination of 4k 24p and 1080 120fps - at times using the A7III's super 35 mode when I needed a bit of extra reach.

The songs in this video are Mayhem by Ian Post and Reason to live by Duce Williams was found / licensed on Artlist.io

A huge thank you goes to Richard Perth (Richie Prince) for connecting me with the right people and helping me acquire a press pass for the event. I'd also like to thank Taylor Shane Bailey for assisting me on the shoot.