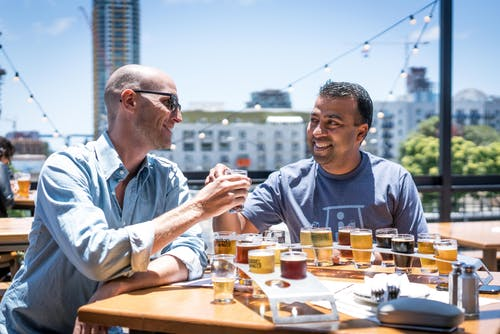 Alcohol’s impact on your body starts from the moment you take your first sip. While an occasional glass of wine with dinner isn’t a cause for concern, the cumulative effects of drinking wine, beer, or spirits can take its toll.

Alcohol use increases your chances of being injured or even killed. Alcohol is a factor, for example, in about 60 percent of fatal burn injuries, drownings, and homicides; 50 percent of severe trauma injuries and sexual assaults; and 40 percent of fatal motor vehicle crashes, suicides, and fatal falls.

Health problems. Drinking can cause a number of health problems and is associated with over 200 diseases and injury-related conditions. Studies have shown that one drink a day increases the risk of breast cancer in women. Research has also shown that alcohol misuse increases the risk of liver disease, cardiovascular diseases, depression, and stomach bleeding, as well as cancers of the oral cavity, esophagus, larynx, pharynx, liver, colon, and rectum. They may also have problems managing conditions such as diabetes, high blood pressure, pain, and sleep disorders. And they are more likely to engage in unsafe sexual behavior, putting themselves and others at risk for sexually transmitted diseases and unintentional pregnancies.

Birth defects. Prenatal alcohol exposure can result in brain damage and other serious problems in the baby. The effects are known as fetal alcohol spectrum disorders, or FASD, and can result in lifelong physical, cognitive, and behavioral problems. Because it is not yet known whether any amount of alcohol is safe for a developing baby, women who are pregnant or may become pregnant should not drink.

Alcohol use disorder. Alcohol use disorder is a medical condition that doctors can diagnose when a patient's drinking interferes with their daily life. Some signs are: continuing to drink even though it is causing trouble with your family or at work, drinking more than you intended, having to drink more than before to get a desired effect, being unable to stop drinking after repeated attempts, or continuing to drink even though it makes you feel depressed or anxious. Learn more about the symptoms of AUD. Any of these symptoms may be a cause for concern. The more symptoms one has, the more urgent the need for change.

Beyond these physical and mental health risks, frequent heavy drinking also is linked with personal problems, including losing a driver's license and having relationship troubles.
These are just a little of the effects alcohlol does to your body in the long run you can even die of a liver failure or a heartattack .In proverbs chapter 23:31-33 that alcohol bites like a snake so even the Jehovah God know the adverse effects of alcohol some my Brothers and sisters let us abstain from alcohol thanks guys!!.

Thank you for the wonderful words.
Your post has been curated from the @steemcurator05 account. Thank you for using the steem africa platform.