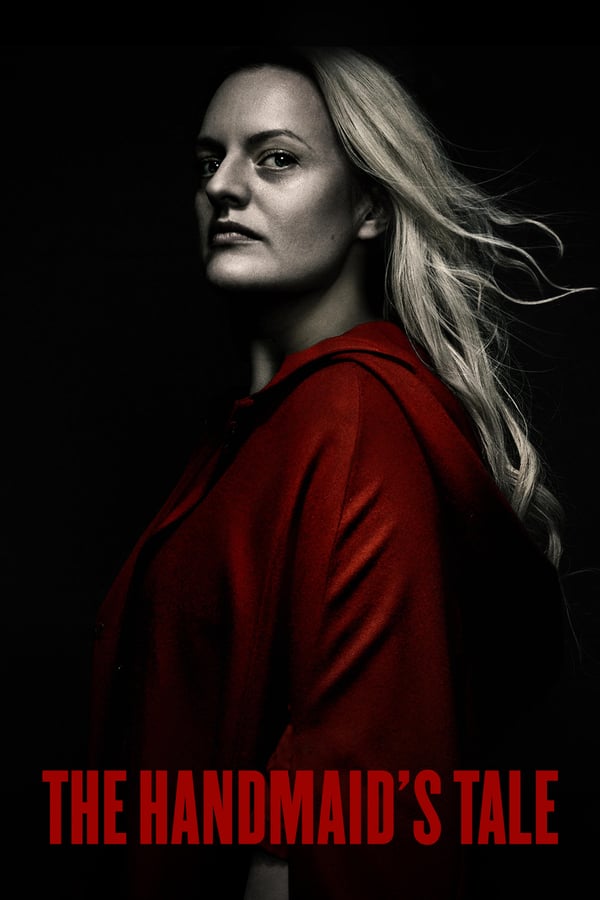 It's been a minute since I did a TV Shows review on Triple AAA and I thought it best to do a recap of my Top 10 Series or TV Shows if you prefer. I am such a TV Shows Hog. I could watch a series at ago in a day! In fact I hardly ever watch movies. Most of my screen time is spent binging on new and old tv shows.

I watched some of the best shows out here we could say and I thoroughly enjoyed it. I can vouch for each of the shows I am about to review for you guys down below. However,It wasn't easy to come up with this list, I had to list and delist just to make sure my fave of the faves made it to the list. I have watched so many shows and I most likely have left out a few,but if I had to chose my Top 10 Shows for 2019, these would be them.

I already reviewed this series a few months ago when it's latest series came to an end. I cannot say I have seen a more thought out and well executed series this year than this. The best part? It has not lost its touch since its season 1 premier.

June, a fertile woman, lives as a concubine to a Gileadan officer and his wife. While she is forced to agree to their strict rules and conditions, she hopes to be free and reunited with her daughter.

Again, if you have been following my blog long enough, then you know how much I love medical dramas. I have been watching Grey's Anatomy for over a decade now and I am proud to say this show gets better by the day. I probably cry at the end of every episode. How they manage to keep it authentic, entertaining yet thoughtful and a teachable moment is always beyond me. This is the most relable medical drama I have come across so far. I have a couple more I follow, but nothing comes close to what Grey's Anatomy is. It's always been on my Top 3 TV Shows of all time.

Follows the personal and professional lives of a group of doctors at Seattle’s Grey Sloan Memorial Hospital.

oH MY LOOOORD! How do you feel about obsessive , possessive boyfriends? partners or whatever? Man, this show had me at the edge of my sit everytime. One thing I've learnt, the most sweetest of guys can switch up on you real quick!This are the one's to watch out for. It still gives me goose bumps to remember how things unfolded on this how.

When a brilliant bookstore manager crosses paths with an aspiring writer, he uses the internet and social media to gather the most intimate of details and get close to her. A charming and awkward crush quickly becomes obsession as he quietly and strategically removes every obstacle - and person - in his way.

This show has probably one of the bravest little girl I ever saw. Did I say one of the most handsome men too? That aside, if you love Sci Fi and Horror, then this ought to keep you entertained. I cannot wait for the next season to premiere next year.

A post-apocalyptic story about a botched U.S. government experiment that turns a group of death row inmates into highly infectious vampires, and an orphan girl who might be the only person able to stop the ensuing crisis.

I am surprised I didn't review this show earlier in the year because it is easily one of my fave shows. Currrently in Season 6, Power is a drama series centered around power, money, family, romance and most of all, drugs! It features 50 Cents for a period and so if you are a fan of him and some hiphop culture, then you will certainly enjoy this.
Here's a little Trailer.

I feel like this show needs to be in my Top 3 for the year because this show was really entertaining. Given Lucy Liu is in it is all you need to know it's an amazing show. I did a review of it here about 3 months ago, it's that good!Not only is it dramatic, but it is absolutely hilarious!

Three women living in three different decades: a housewife in the '60s, a socialite in the '80s and a lawyer in 2018, deal with infidelity in their marriages.

If you are a man and have ever wondered why women kill or are just curious in order to be on the safe side, then I highly encourage you to watch this. Season 1 of Why Women Kill premiered on August 15, 2019 and I cannot wait for the next season!

What have toy heard about good girls before? Not the series, just good girls in general? Sometimes being good i overrated, I should know :D
In this show, Three "good girl" suburban wives and mothers suddenly find themselves in desperate circumstances and decide to stop playing it safe and risk everything to take their power back. How? They decide to embark on armed robbery, of course they succeed and not get caught, however, the events that follow after is the most interesting part. It's a balance between family, romance, drugs and anything in between.

The shocking part? They enjoyed it so much they decide to do it again lol, will they get caught? Only time will tell.

If it's crazy amazing, then you know I have already reviewed it. I watched this out of pressure, I got tired of being cut off conversations because I hadn't watched it yet. I have to say I was pleasantly surprised it was a good show. Given that it's based on a true story, I have to prop this team for a job well executed.

The true story of one of the worst man-made catastrophes in history: the catastrophic nuclear accident at Chernobyl. A tale of the brave men and women who sacrificed to save Europe from unimaginable disaster.

While it was very comforting to see some characters rise to the occasion to save humanity, it saddens me to know there were actual people that had to endure all the consequences of someone else's ignorance.

From a TV Shows point of view, I would say this will be your time well spent. I totally enjoyed binge watching this mini series and I somewhat wish there was more to it. It is well structured, great actors and good quality video. It is one of those shows that might provoke your inner gratitude, to be thankful for what you have while you still have it.

9. How to Get Away with Murder

Oh my world! Okay, this has got to be somewhere in my top 5 but I just don't know what to replace. Clearly it wasn't easy to come up with this compilation. I have been following this show for some years now. I love the thrill, the mystery and generally the story line.

A sexy, suspense-driven legal thriller about a group of ambitious law students and their brilliant, mysterious criminal defense professor. They become entangled in a murder plot and will shake the entire university and change the course of their lives.

It's a pretty self explanatory series, because, clearly it's just about Harlots whoring! :D

I always find myself interested in shows that are set from way back in time. They just fascinate me. This one is nothing short of that.Harlots is a story of a Overview Brothel owner, Margaret Wells, who struggles to raise her daughters in London during the 18th century. The show is produced in UK & USA and it belongs in Category Drama with duration 45 Min per episode.

That concludes my Top 10 Series for 2019 So Far. I have thoroughly enjoyed each and everyone of this shows and I would very much recommend each one of them. Let me know down below which of these you have watched and enjoyed. Or which I left out and you would encourage me to look into. Clearly I am more interested in Drama, Sci Fi, Thrillers,Romance and Anything set from back in centuries.

Unfortunately GOT Didn't make it to my List Cause the Ending Season was Crappy and I'd rather rewatch any of the above shows than re-watch GOT SN8.

You Can Watch All these Shows for Free on; https://www.themoviedb.org/

Critic for All; AAA