THE LORD IS FAITHFUL 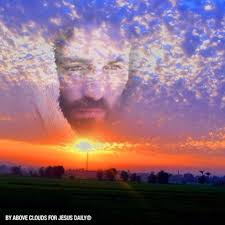 The Bible tells us in the book of 2Timothy the words full of nostalgia and sadness of an apostle who suffered greatly because of the word of God, I speak of the apostle Paul.

Read:
>>2 Timothy 4: 17-18
17 But the Lord stood by my side, and gave me strength, that preaching might be fulfilled by me, and that all the Gentiles would hear. So I was rescued from the lion's mouth.

18 And the Lord will deliver me from all evil works, and will preserve me for his heavenly kingdom. To him be glory for ever and ever. Amen.
Reina Valera 1960 (RVR1960)

The apostle Paul was one of the men who suffered most for the cause of the Lord, after having persecuted the church of Christ Paul has an encounter with Jesus where he is revealed as the church to which he persecuted and from there he gave his heart Jesus and was one of the men most used by God to carry his word but in the verses that precede these Paul describes that he had been forsaken by his brothers of faith some perverting and denying the faith and others had gone to other places far from him, Paul was already in his old age and imprisoned, but they had all dug them up.

However, after Pablo sadly describes his situation to other brothers of the faith, he asks not to take into account all the evil that Alexander the cauldron has done especially, although I affirm that God will pay him according to his deeds.

In this order of ideas Paul realizes that they all abandoned them but Jehovah God, their lord had not abandoned him

In this order of ideas Paul realizes that they all abandoned them but Jehovah God, their lord had not abandoned him
and he says: "But the Lord stood by my side, and gave me strength, so that the preaching might be fulfilled by me so that the Gentiles would hear, and he then read me from the mouth of the lion.
It is beautiful that we realize that man can fail us and abandon us but God will never abandon us because He does not pay as man does.

To God be the glory because he will always be faithful

According to the Bible, Is personal salvation biblical? Let us Analyze