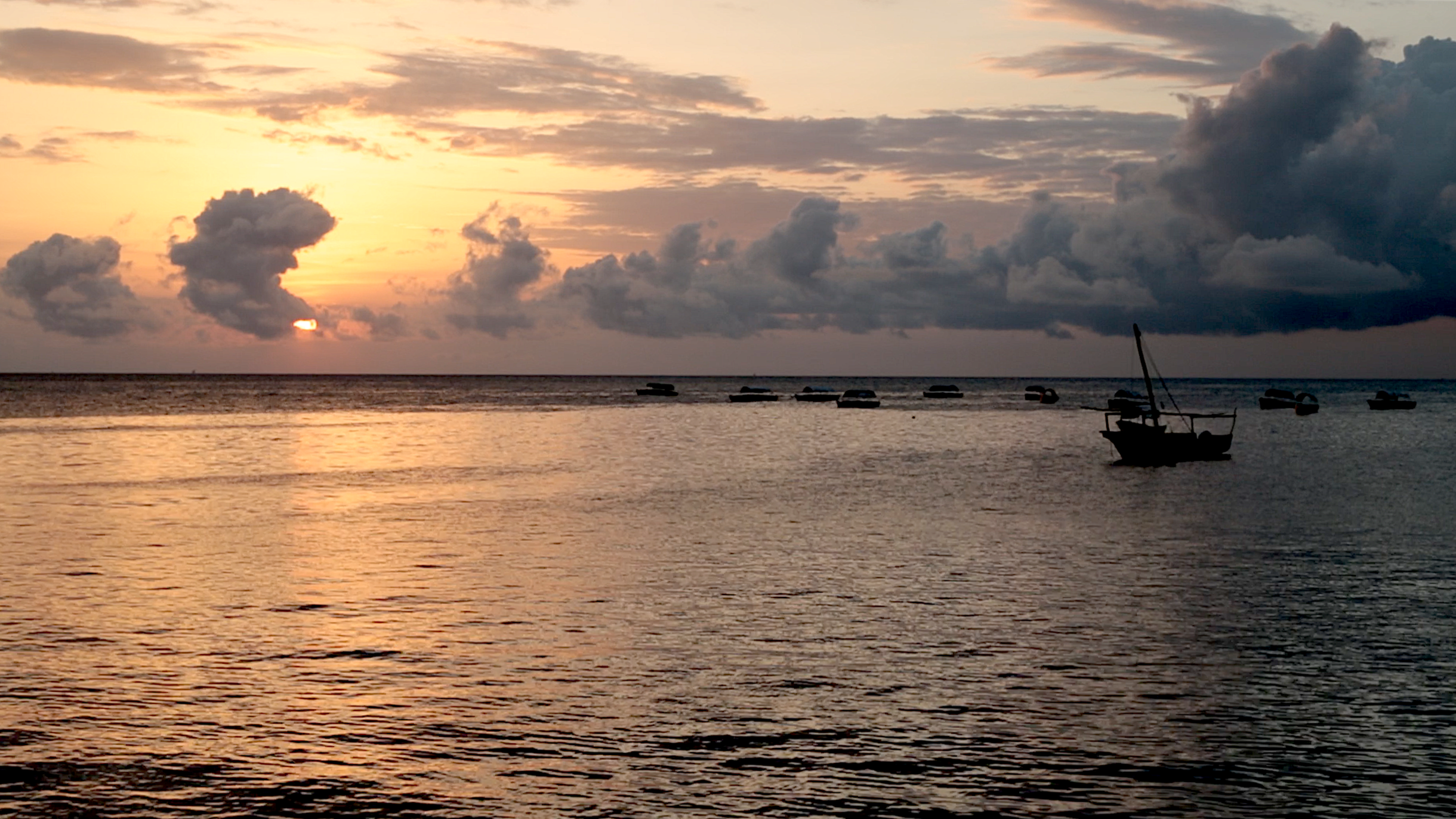 For this week LANDSCAPE/SEASCAPE PHOTOGRAPHY AND ART CONTEST curated by @axeman we would like to tell you the story of this picture.

Now, I have taken so many pictures during our trip to East Africa that is hard for me to choose what to submit. The way the African sun lights up the landscapes and brightens the colors of the sea is just breathtaking. This photo is quite special because it was taken at the end of a memorable day.

Elena and me have stayed on the eastern coast of Zanzibar, which is the least touristic and actually fairly wild. We have been sleeping on the beach and walked during the day, with no many goals in our heads a part from feeling free, swimming, and searching for coconuts. In fact, the few shops and restaurants on this side of the island were closed because it was Ramadan. We did have a destination though: the Old Town of the capital Zanzibar city. That's where we arrived the first day, but we immediately took a ride to the other side of the island, away from the big hotels, clubs and tourist boat tours.

At times, we were the only ones to be seen on the beach, a part from a group of little monkeys that tried to steal the only food we had managed to store. Some incredible stilts were built to host the tourists but no one was there either. We decided to camp here for one day.

We also had the fortune to meet some local fishermen who gave us a ride on the traditional, double-outrigger canoe of the Swahili people living in Zanzibar and the Tanzanian coast: the ngalawa. We could cross a large bay in a few minutes. It would have taken us half a day on foot. And the ride was great: all we were asked to do was to help empty the water out of the boat, when occasionally the waves were hitting too hard.

The captain was really young but very experienced. Unfortunately we could not communicate very well, but we exchanged some smiles. He was surprised to see the two of us popping out of the bushes and walking through his village. I don't think he was used to see many tourists there.

Finally, after some days, we arrived to the harbor of the Old Town, and witnessed to the most enchanting sunset. We took the photo. And now it's a sweet memory to taste during the lockdown in Berlin.

To the next pictures! And to the next adventure!
Elena&Alessandro
photographytravellifebloglove