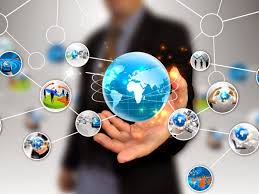 Hello everyone on steemit! Is electrodo of Margarita for the world.


Greetings to all the existing poets and writers in this community.


This writing is about my opinion on the freedom that exists in the use of the internet and corresponds to the invitation made by @upmewhale. Here I leave some lines that I want to share with you, I hope you like it from my heart. [Once again I apologize, it is a bit complicated and difficult for me to publish on the phone.]


Worldwide, the last decades have been marked by information systems, automation and internet, I would say, displacing library systems and use of bibliographies. There is no doubt that he or the internet has reached rapid "searches" which comes to us that the internet is not everything but the process of thinking and discernment of information. But it has monopolized most databases and today is everything.

This would lead us to rethink access to government books and policies so that the Bookstores can acquire Quality Books for sale for everyone, these plans would be excellent proposals. It is not a denial of information systems but a search for etymological and epistemological origins. Alternatives that are always in the biggest and smallest places in the world.

In Venezuela there is currently censorship, which can only be overcome with reality analysis, with intelligence and new political forms of direction for the country. Now, it is worth questioning with what tools? when there is no technical production in the country, there is no own production and it is no longer a matter of internet, it is a situation of economic and social decline by the regime that currently governs. The most successful demands of the people in Venezuela have been achieved without internet and I cite the case of the Caracazo, we could even talk about the independence process; On the other hand, there is no written press that was a very effective tool to become bulgaries of professionals with multimedia texts downloaded at some point on the Internet but we must go further and expand information expectations.

Now, through the internet you have to be extremely careful because it does not guarantee effective information. But it can be used as a complementary or support tool, there is no doubt about it.

Very advanced countries in Distance Education such as Germany returned to Modular education since the role of the teacher in the educational process does not have to be ruled out Sounds obsolete! It's possible. I think the Greeks would not discard this paper. The Internet must be an instrument never censored but very well carried out with trained instructors.

Equipment for educational actors of teams for this purpose and effective in the proper handling of information. Global initiatives to offer the Internet will be beneficial for countries like Venezuela, of course, there are proposals but I insist there must be global initiatives and access to information processes.

Recall that they have not completely removed the Internet, they only block what power does not want to reach people, they also reduced access capabilities, less megabytes or power to access networks. Finally, the satellite alternatives will take the necessary turn so that after the crisis countries such as Venezuela can have better and greater freedom to use the Internet.

Thank you for your attention. This is my participation in this great contest. Best regards.


A hug to everyone.


Blessings to all on this day @electrodo.

I say goodbye thanking him for accepting me as one of you and this is just an open mouth of so many things and anecdotes that I could tell you about my days, there are those who say that if I started telling my life I could write a book that I have more stories than condorito, lol ...

It's difficult to control the Internet, and if someone get to control it, I think there won't be freedom , then it's a really complicated issue.

I do not support the Internet being restricted in any way, I mean, anyone who wants to make use of it is completely responsible for it. The way in which we are educated about the internet will always vary depending on where we live, I mean, the use given to the internet in Germany is not the same as we give it here in Venezuela, by this difference I mean that we simply "profit" from the internet for different things based on our education.

In the countries where the Internet is most adopted is where the people take advantage from it, governments notice this and know they must do something to stop users, so I think it is a war between us and governments trying to regulate the Internet. But no doubt, very interesting your article, what do you think more in depth about this?

Unfortunately, it is a reality of Venezuela because of the situation of facing a regime that castrates freedom of expression and the fundamental right of Internet access. If I believe that governments open a war against users because having better tools than them we are more dangerous. Going deeper into an open investigation on this topic is a challenge that most expert Internet users already have on the table. Thank you for your comment and contribution friend.