The scam called "Secrets to Success". 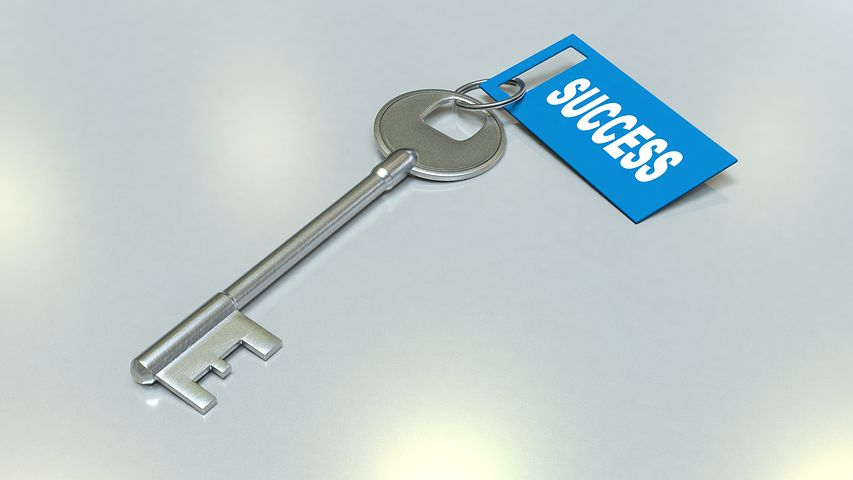 Before you go on, be reminded these are my personal opinion and I have no idea why I am discussing it sef.

Life is a journey and only the "well-equipped and favored" are able to make it to the end.
There are the strongest who everyone thinks will make it but they never even get to leave their cradle before they are cut short, while there are those who are tagged the "weakest" but go on to make it farther than the date outlined for them.

Truth is, no one truly completes the journey on earth because they get to live abruptly at one time or the other, but the moments and memories created during the sojourn is what counts as being successful.

"Secrets to Success" being traded by many is another way to push through their hustle and there are really no tailored made manual for how to be successful.
What works for John may not work for Smith, so why will John package his exploits and sells to Smith asking him to follow the same process?

I once was at a seminar where the hist was telling us of how he turned $100 to $100,000 selling candies and he didn't stop there, he even had it in a kind of book that he was selling at the seminar and asking everyone present to buy it and read so they too can be successful.

I happen to know a Mr. X who sold Candy right outside my Primary school gate and he was never successful like the man who turned $100 to $100,000, but he was so loved and known around the neighborhood. he was everybody's friend and was always punctual to his business.
More than 20 years later, when I visited the school, he was still there selling candy and was a father to the school children who patronized him. He was old and frail but he still was selling candy and I think he is successful. He may not have turned $100 to $100,000, but he sure has turned his 1 shilling to 100.

Now, don't get me wrong. He may be talking about his strategy and wants the attendees to buy the book so they too can adopt same right? Well, what if that strategy was designed for that one man?
I mean, there are some thing like success and destiny that is specific to an individual and no one can live exactly as the other.

If it is a secret, why would you tell someone else>

Success is a secret and it is particular to the individuals involved. My secret to success cannot work for you and vice versa.

There were more than 100 websites that sprung up after Facebook and they made sure to study mark's life and even went on to take up more fancy names so that they can be as successful as he, but we all know how that story ends.

I think the major problem we have is our inability to think differently and always thinking, we have to conform to the dictates and scope of work as outlined by nature and everything therein.

Do you really think a successful man will tell you his "secrets?" Really? It is his secrets and secrets are secrets.

No one has the key to your success. You may need them along the way to be able to get ahead in life and become a winner, but you have to identify your own success strategy and then, go on to apply it and refine it constantly so it stays profitable for you.

Do you know there are successes that are worse than poverty itself?
Don't try to be like Smith if you are a John. Be a John who is a John and learn to be better at what you do.

Read books and attend seminars. Take advantage of every successes strategy you hear, but never forget that, it is simply moronic to think because it worked for someone it will work for the the exact same way.

Success strategies are not bought, they are developed overtime.
Buying a book that says, "10 Guaranteed Secrets to Success" doesn't mean you will be successful. If you like, buy every book that talks about hot to be Successful, without a strategy tailored to you, you will have just bought the books in vain.

One man's meat is another man's poison?

You are your own strategy maker and when you fail to know your own secret, you will spend your lifetime chasing after someone else's.... in vain.

Make the world a better place for someone today!

Hahahaha funny, you determine the course of your life

You owe it to yourself to drive your life. As the driver, you will be stalled if you do not engage the gear.

This is funny to me thou but the words inherent therein are so heavy.

Everything in life is unserious and comedic but we must learn to pick the lessons and run with it.

@ejemai, I agree with you, Secrets Are Secrets. Many times people fall for the promotional speech and lecture, but actual truth never come into the light spot.

Promotional speeches and marketing lectures are some people's secrets and while they will make you sit and wait to hear them speak, they will not tell you the secret of their business which apparently is the seminar call, promotional lectures etc.

That's true and thank you.

Love that advice but how you followed it up is even better...

I know if I read something Gary Vaynerchuk writes, it may have worked perfectly for him...But not for me. So I need to keep trying and pushing and attempting to find my own 'strategies for success'.

You are write Gary is a good speaker and motivator and that there I think lies his secrets.
The plan may be the same, but the strategy needs to be yours. "Because it worked for Gary it will work for you" is one misconception we all have about being on the right tracks.

Yet another interesting read.

What works for John may not work for Smith, so why will John package his exploits and sells to Smith asking him to follow the same process?

ps. Check out my latest post if you have a chance. I would appreciate your feedback.

Have a great weekend ahead buddy. Upvote on the way. Catch :)
Yours, Piotr

I agree with you about building particular mindsets, but then, the mind van be set on totally duplicating what it perceives as a success strategy. Man lives in perpetual fear and will do whatever he can to succeed, including, trying to live based on what someone tells them success is .

Seminars are sold out before they even begin and that there is what I think the problem is. To many, it is a badge of honor to attend a seminar organized by a well known celebrity speaker than actually getting something worthwhile.

Great advice @ejemai, read and test and then adjust it to your specific situation, it never works exactly the same for everyone, and about secrets, they are really just hiding in plain sight anyways, you just have to look in the right places or from the right angles and you will see it for yourself, stay awesome.

'and about secrets, they are really just hiding in plain sight anyways, you just have to look in the right places or from the right angles and you will see it for yourself.'

You nailed it right there and that is exactly my thought while writing this piece. We always push away what we need to do expecting to have someone do it for us.
Secrets to success stares at us every time and we mostly spend time refining how well we can fail instead of taking time to delve deep.