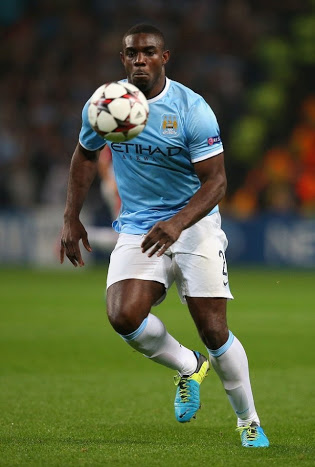 The 31-year-old has been hampered by a persistent knee injury and last played for Aston Villa in October 2016.

Villa released him this summer and he is set to combine punditry work with a promotional role at Manchester City, the club where he made his name.

He made his senior international debut aged 18 and remains England's youngest defender, scoring one goal for his country - against Israel in September 2007.

Richards told BBC Sport: "From when I was a young kid I dreamed that I would win the Premier League and play for England and I am very proud I achieved both.

"My time at Aston Villa was very frustrating because I wanted to play but my knee would swell up so I could not even train. But it was still an honour to play for them, and I am just sorry I could not do more for them on the pitch.

"It is great to be asked to come back and be involved at City, because they hold a special place in my heart. Everyone there took me under their wing right from when I joined."

Richards quickly became a fans' favourite at City after making his debut aged 17 in 2005.

"I burst on to the scene and did really well when I first broke into the first team, but a couple of seasons after that I was not really hitting the heights," he said.

"The fans always stuck with me though. I always appreciate the faith that they had in not giving up on me, and I think they could see that I always gave 100% when I was on the field."

After playing 245 games for the Blues, Richards spent a season on loan with Fiorentina in 2014-15, then left on a free transfer in 2015 to sign a four-year contract with Villa, which ended in June.

A City spokesman said: "Everyone at the club still thinks very fondly of Micah. The fans love him to bits and we are looking forward to working with him at events home and abroad in the future."